One person was killed and another wounded following an apparent shooting at a US airbase in Florida, triggering a brief lockdown at the facility. The Air Force has labeled the incident an “armed domestic disturbance.” 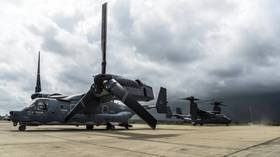 The lethal shooting unfolded at the Hurlburt Field air base in Florida’s Okaloosa County on Friday, the military confirmed in a statement. The injured person was brought to hospital for treatment, and an “all clear” has since been issued at the installation, following an earlier missive warning of an “active shooter.” Few other details have yet emerged. 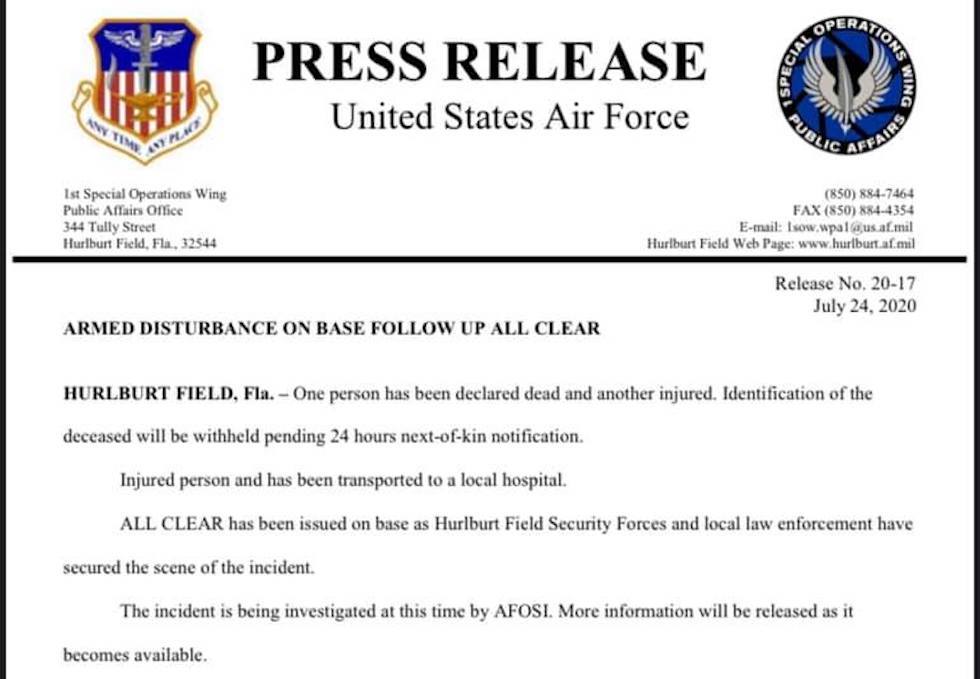 “My condolences go out to all affected by this senseless tragedy. Today there was an armed domestic disturbance on our base leaving one dead and one injured,” Colonel Jocelyn J. Schermerhorn, commander of the 1st Special Operations Wing at Hurlburt, said in a Facebook post.

The 1st Special Operations Wing does not condone domestic violence. We constantly work to mitigate this needless violence through our on-base resources and programs that are offered to all Hurlburt Field members.

Though Schermerhorn indicated the incident may have been sparked by a domestic dispute, she did not elaborate on what may have motivated the attack. The names of the victims have not been released, with the military citing its standard 24-hour ‘next-of-kin’ notification guidelines, and no perpetrator has yet been identified.