Before being mauled by a lioness in a desperate battle for survival, a giraffe accidentally pushes a newborn over a riverbank.

In an attempt to save her newborn calf from a lioness, a giraffe mother accidentally pushes her calf over a riverbank.

The baby, who is only hours old, is too weak to climb back up the cliff, but miraculously survives the hungry predator’s mauling.

The youngster is seen with its head in the lion’s jaws and then being dragged across the riverbed by the neck.

Only its blinking eyes and soft breathing indicate that it is still alive.

In a five-hour battle for survival, the frantic mother can be seen repeatedly chasing the lioness away from the limp calf.

Despite the fact that the lioness was still lurking nearby, the calf was able to get back on its feet and run into the water.

But, after a long struggle and no milk from its mother, it was unable to keep its head above water and drowned.

“Giraffes can walk with only minor stumbling thirty minutes after birth, and within ten hours they can run,” Don, 30, told the safari website Latest Sightings.

“Unfortunately for this young calf, a hungry lioness and hyena showed interest in the calf soon after birth.”

The hyenas lost interest quickly, but the lioness continued to stalk the giraffe herd for four miles, according to Don.

“The newborn calf was knocked over several times by its mother while attempting to flee the lioness,” he explained.

“After walking 6 kilometers, the giraffe and her baby, who had never tasted milk before, come to a halt due to a riverbed.

“The lioness approaches them, believing this is the end of an already tense series.”

“The mother panicked while attempting to protect her calf from the lioness, accidentally knocking the new-born down a cliff.”

“The newborn calf had become trapped in the riverbed.”

The mother attempted to coax the young calf out, but it was unable to climb the bank due to its weakness.

“The calf lay down and had no chance against the apex predator, who grabbed the calf and carried it towards the water at this point.”

“The mother did everything she could to protect her newborn calf, chasing the lioness away several times, and we thought the calf was dead at this point.”

“To everyone’s surprise, it stood up, but only for a short time before the calf found safety in the river and fell asleep… 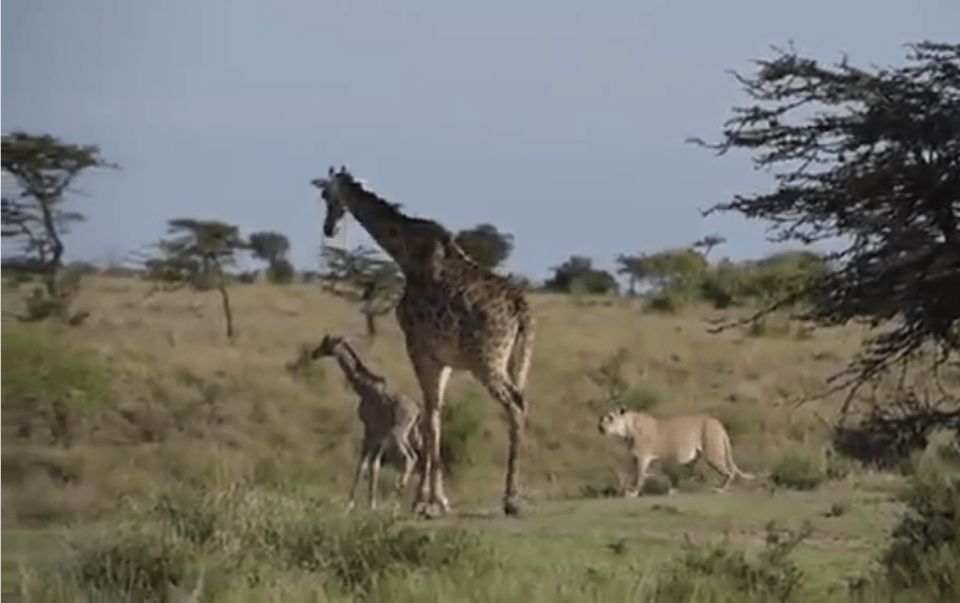 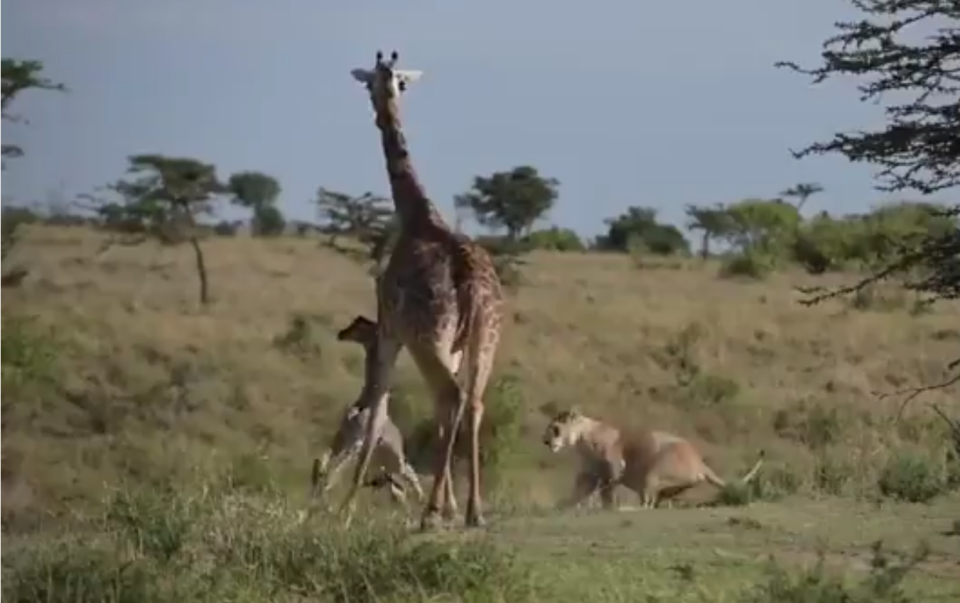 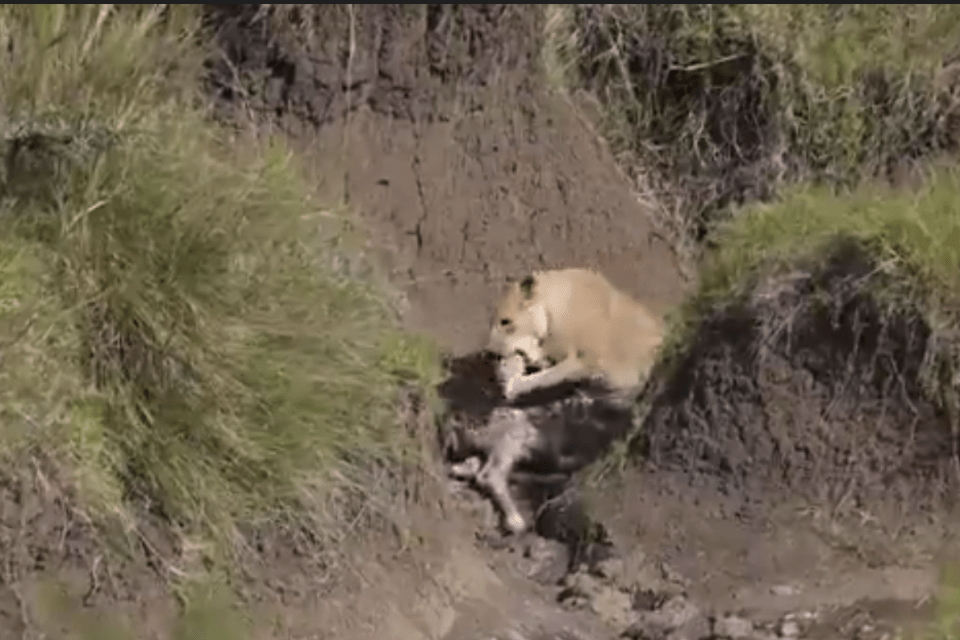 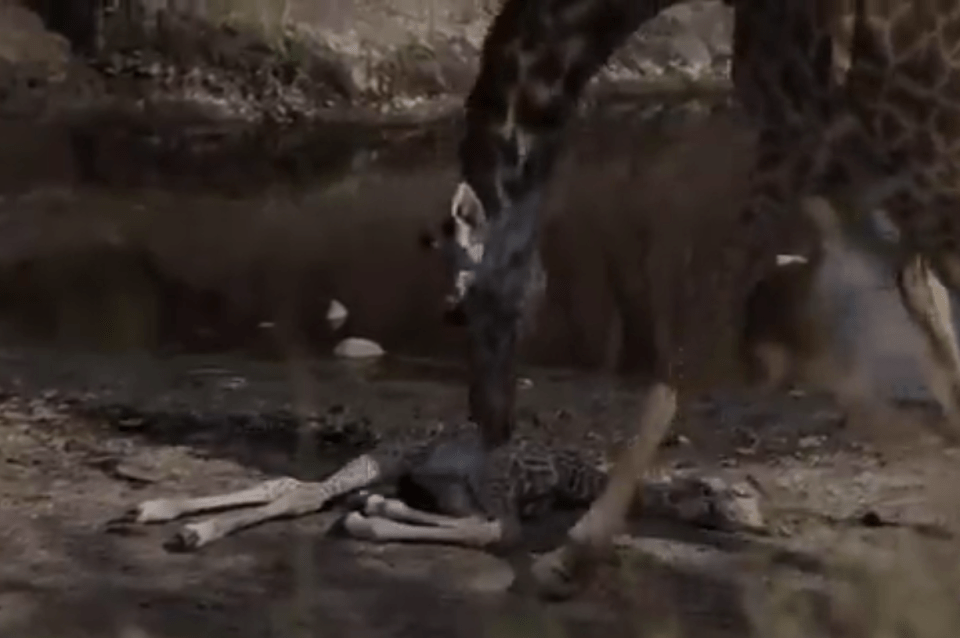 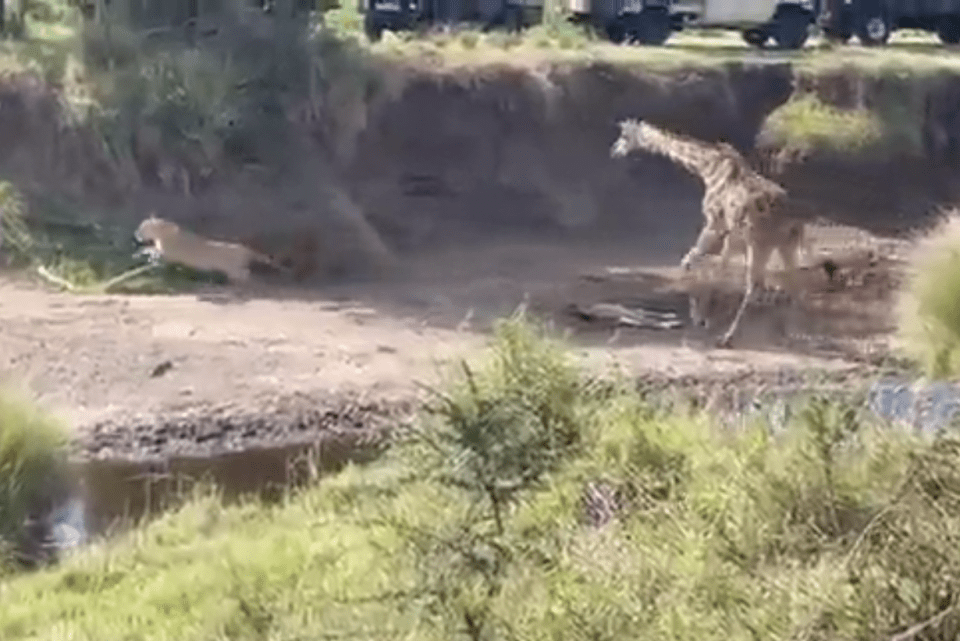 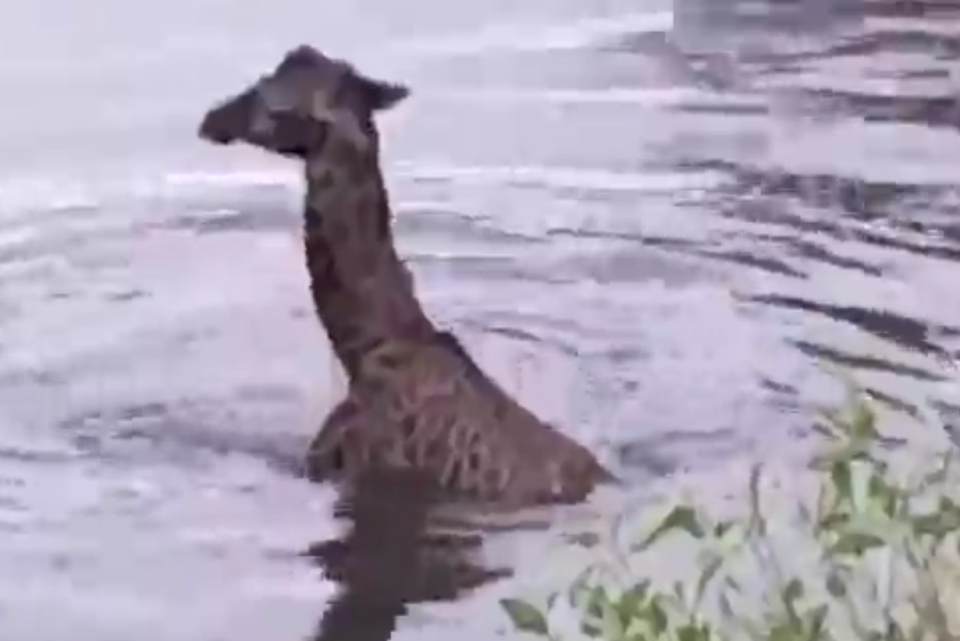