Shoppers on London’s Oxford Street were stunned to spot a man walking by wearing nothing but a mask, which he had positioned as an undergarment. The stunt came on the same day face coverings became mandatory in shops in England. 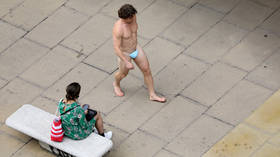 The near-naked man strolled nonchalantly down the thoroughfare while onlookers snapped pictures and videos on their phones to record the unexpected sight. His motives for choosing to forgo clothing and sport only a mask to maintain his modesty are currently unknown, but local media have speculated it could be a protest against the new face coverings mandate. 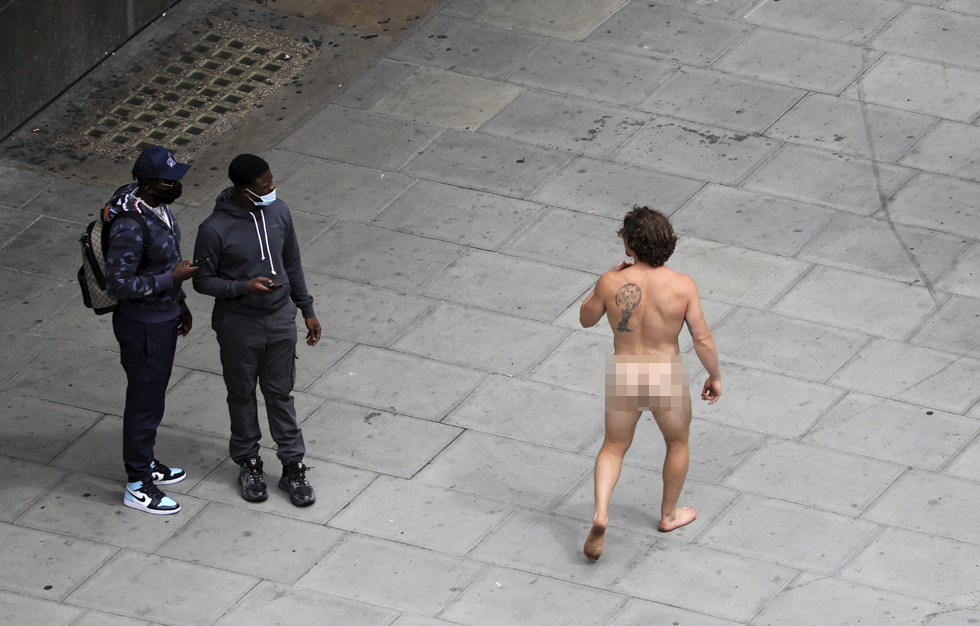 As of Friday, face coverings are now compulsory in shops in England, though some exemptions are permitted for certain medical conditions and for kids aged under 11.

Questions have already been raised about who is expected to police the wearing of masks, with some of the UK’s big supermarket chains saying they have no intention of challenging customers on the issue.

We won’t be challenging customers without a mask when they enter or when they are in store since they may have a reason not to wear a mask. Karen

Police are asking customers not to confront fellow shoppers on the issue, and are instead urging stores to refuse entry to people not wearing facemasks.

“I would urge retail outlets to play their part in making the rules crystal clear – if you are not wearing a face covering then you are not coming in,” said John Apter, chairman of the Police Federation of England and Wales.