Firing employees is usually nothing to brag about, but Chevron has reportedly branded its belt-tightening layoffs as a way to increase the number of senior-level positions held by women and ethnic minorities. 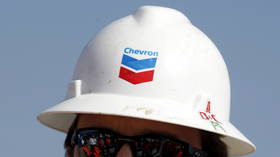 The oil major has been forced to cut spending due to the recent economic downturn. In an internal email seen by Reuters, Chevron reportedly explained to employees that the company’s decision to sack management had a very woke silver lining: Less white males, more women and minorities in senior jobs.

Chevron is said to be reducing the “dominance of white males” in company management by increasing the percentage of top jobs held by women and minorities to 44%, up from 38% last year.

Women and non-white men represented nearly half of the oil industry’s workforce as of 2019, but they are still a minority in senior management roles. However, through the firing of more top-level people during an economic recession, these minority groups will become a larger segment of the industry’s workforce.

The politically correct spin did not impress social media, with many wondering how layoffs – which have far-reaching social consequences for people of all colors and genders – could be reframed as somehow progressive.

“Diversity increased because they fired people… how is that a brag?”enquired a similarly unimpressed observer.

Others speculated about the legality of “diversity quotas,” arguing that they seem to be an affront to anti-discrimination laws.

The Civil Rights Act exists for a reason. “Diversity quotas” are discrimination on the basis of race/color, which is illegal.

Even if the email was well-meaning, there were concerns that Chevron was putting wokeness before solid business practices.

“The shareholders are going to love that!”joked one Twitter user.

Policies that mandate or celebrate more ‘diversity’ have been developing in many spheres, with lots of people noticing that well-intended efforts have sometimes been taken to extremes. Earlier this month, the chief curator of the San Francisco Museum of Modern Art was forced to resign after saying the institution “will definitely still continue to collect white artists.”