THE Foreign Office is now advising against travel to Spanish islands.

It comes following the shock ‘U-turn’ on air bridges at the weekend, which saw thousands of Brits holidaying in Spain now forced to isolate on their return to the UK.

But The Telegraph reports the two week self-isolation will be shaved down by to ten days after holidaymakers were in uproar about the lost wages and cancelled plans.

The FCO had initially left the Balearic Islands and Canary Islands exempt from the 14-day quarantine.

But now, official advise says Brits should avoid “all but essential travel to Spain, the Balearic and Canary Islands.

Jet2 and Tui have now temporarily cancelled flights to the region.

Meanwhile, the latest coronavirus death toll in the UK stands at 45,759.

And in other news, a pet cat has tested positive for coronavirus, according to government officials.

Follow all the latest coronavirus news and updates below…

WHAT ARE YOUR RIGHTS ON A HOLIDAY REFUND?

Millions of Brits have had holiday plans cancelled.

Firstly, speak to your airline or holiday firm about a refund or rearranging your plans.

You are entitled to a refund if they’ve cancelled your holiday but many have large delays or may offer vouchers instead.

As the FCO is advising against all but essential international travel, you may also be covered by your travel insurance if the holiday provider or airline is not helping you.

Keep in mind the travel insurance must have been taken out before the FCO advice changed, otherwise you won’t be covered.If you don’t have travel insurance, you may be able to claim your money back through your credit or debit card provider.

Credit card payments between £100 and £30,000 are covered under Section 75 of the Consumer Rights Act.To start a claim, you need to contact your credit card provider directly – Which? has a free tool that can help you do this.

Downing Street even advised those who miss out on work due to the sudden quarantine should claim Universal Credit or employment support allowance – up to £74.35 a week – to make ends meet.

Workers could be sacked or lose out on cash while sticking to the sudden rules – as employers do not have to offer any pay while they are off. 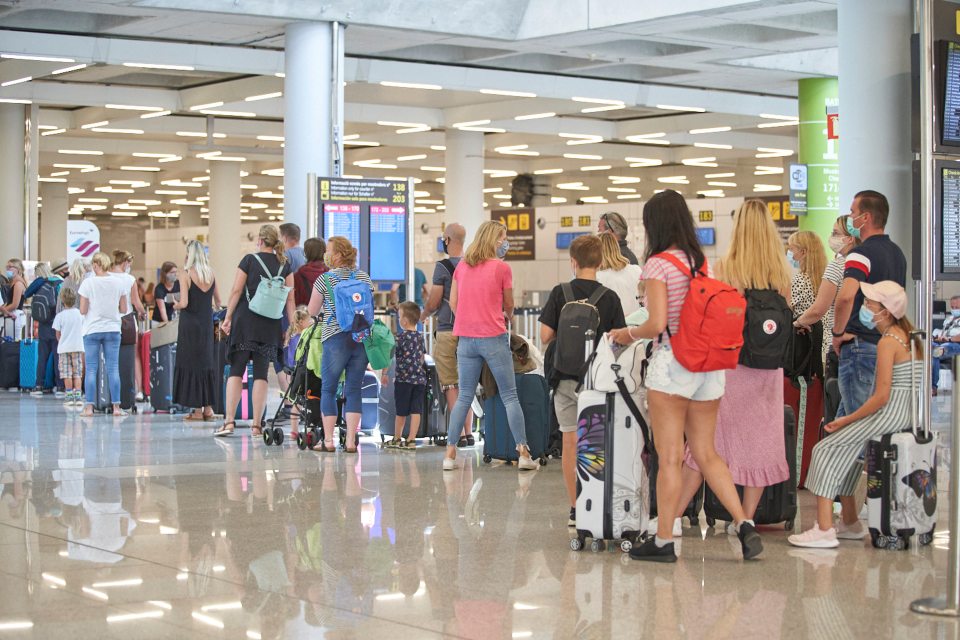 SPAIN HITS BACK: ‘ISLANDS ARE SAFER THAN THE UK’

Spain has hit back at Britain’s quarantine for travellers coming back from holidays there.

Spanish PM Pedro Sanchez said this evening it is safer to be in the Canary or Balearic islands than in the UK.

Mr Sanchez said: “In epidemiological terms, it would be safer to be in these areas than in the UK.

“We are going to carry on talking because we are friends and we have many commercial and economic links as well as geopolitical links.

“Rather than reproaches what we have to do is try and find a point of equilibrium that above all involves the UK making its decision based on the cumulative evolution of the virus in these regions which are tourist areas.

“I think the UK’s decision is an incorrect one.

“Spain is made up of a number of regions that have a cumulative rate of contagion that is lower than the European average as well as the UK average.”

PUTTING MASKS ON PETS COULD KILL THEM

Pet owners have been urged not to put face masks on their cats and dogs to protect them from coronavirus as it could kill them.

Vets issued a warning after pictures of animals who have had masks put on them by their owners have emerged on social media sites such as Instagram.

Animals experts have issued the warning as some owners fear their beloved pets will contract coronavirus.

Dr Melissa Meehan, a vet based in Melbourne, Australia, said forcing animals to wear masks can cause stresShe added masks impair animal’s breathing which “can increase their stress levels and could even be fatal, especially for brachycephalic breeds who already have difficulty breathing”.s and anxiety for them, reports Yahoo News. 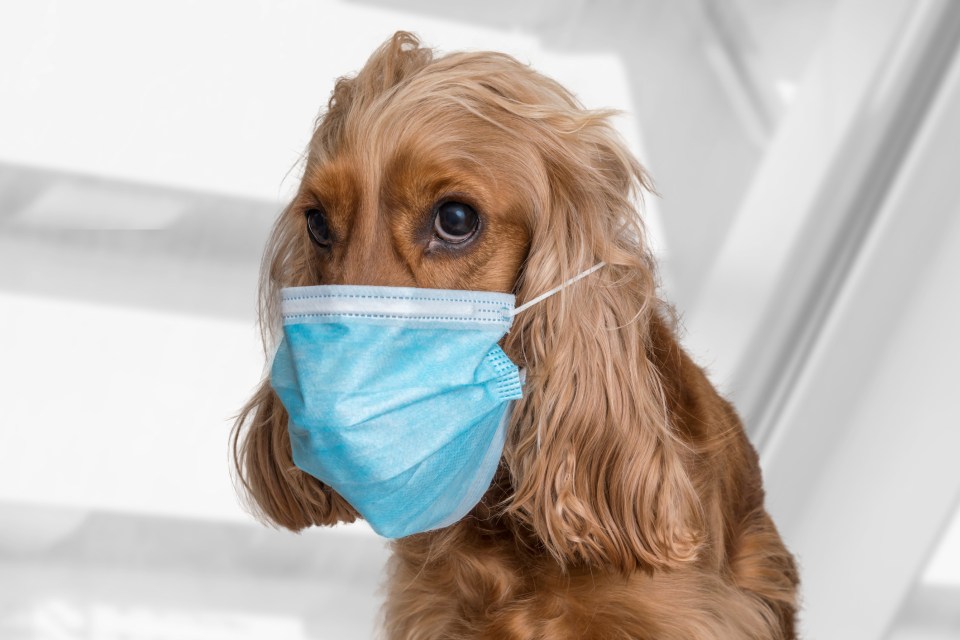 Boris Johnson and co took Spain off their quarantine rules over another coronavirus outbreak – but this has now been extended to the country’s islands.

Flights are still departing from the UK to Spain, but the FCO has changed its advice to only travel to mainland Spain for essential reasons.

Some airlines like Easyjet are still flying to Spain and some hotels are still open.

However, the government has advised to only travel to Spain for an essential reason.

If you decide to book a holiday to Spain you will be travelling against government advice.

This means you are unlikely to be covered under travel insurance.

A coronavirus at a travellers site has been described as “worrying” amid concerns it could be linked to another cluster at a different caravan park.

Two further cases have been confirmed at the caravan site in Craven Arms, a market town in Shropshire, bringing the total to 23, with health officials fearing the number will continue to rise.

Testing started when two positive cases were confirmed at the site in Long Lane last week.

Rachel Robsinson, the county’s director for public health, said: “Cluster outbreaks are not uncommon during a pandemic and we would like to reassure people that the risk is still very low.

“We are continuing to provide Long Lane residents on-site support, as well as guidance to help keep them and their loved ones safe.”

NANDO’S WILL SELL A QUARTER CHICKEN FOR £1.85 UNDER NEW COVID RECOVERY SCHEME

Nando’s has confirmed its Eat Out to Help Out prices – and customers will be able to pick up a quarter of Peri Peri chicken for just £1.85 next month.

The lower prices will come into effect when the Eat Out to Help Out scheme launches on August 3 to August 31.

Under the initiative, Brits can get 50 per cent off meals and non-alcoholic drinks, up to £10 a head, on Mondays, Tuesdays and Wednesday. 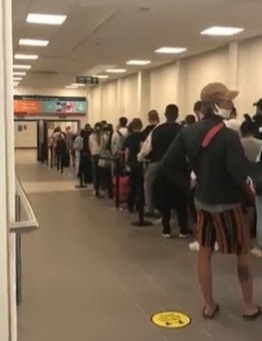 SPAIN QUARANTINE WILL BE CUT TO TEN DAYS

Quarantine will be cut to ten days for Brits coming home from Spain under Government plans.

The Telegraph reports the two week self-isolation will be shaved down by a few days after holidaymakers were in uproar about the lost wages and cancelled plans.

a statement from Jet2 this afternoon said: “Following the latest government advice regarding travel to Mainland Spain from the UK, we have taken the decision to suspend our flights and holidays programme to Costa de Almeria, Alicante, Malaga and Murcia from 28th July up to and including 16th August.”

JET2 CANCEL ALL HOLIDAYS AND FLIGHTS TO SPAIN

Jet2 has today cancelled all holidays and flights to mainland Spain until August 17 after the quarantine-free air bridge was axed.

It comes just 24 hours after the company assured worried customers holidays would go ahead. 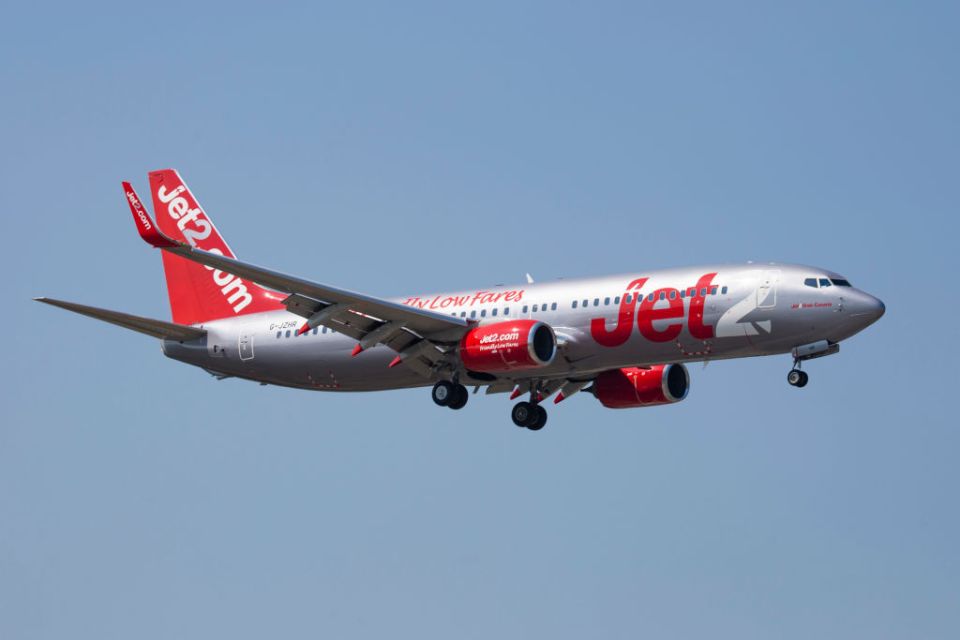 A TUI spokesperson said:”Due to the updated travel advice change from the UK Foreign Office against all but essential travel to all areas of Spain, TUI UK have taken the decision to cancel all holidays to the Balearic Islands and Canary Islands from Tuesday 28th July up to and including until Friday 31st July.

“Holidays to the mainland of Spain are cancelled between Sunday 26th July up to and including Sunday 9th August 2020.

“Customers with holidays to Balearic Islands and Canary Islands from 1st August and mainland Spain from 10th August will be updated on Friday 31st July.

“All customers currently on holiday can continue to enjoy their holiday and will return on their intended flight home.”

Tui has cancelled all flights to Spain’s islands after the FCO issued new travel advice.

The Foreign Office is now advising against all but essential travel to Spain and its Islands.

IS GERMANY AT RISK OF BEING TAKEN OFF THE AIR BRIDGE LIST?

Germany reported 800 new cases of coronavirus in one day last week, with officials warning that the second wave is “already there”.

An entire farm with 500 people was quarantined in Bavaria, a state in Germany, after 174 staff tested positive.

Current travel advice allows quarantine-free travel between the UK and Germany, and masks must be worn on public transport and in shop.

Airport testing and temperature checks have been played down by a health minister, amid concerns over the impact of Covid-19 on summer holidays.

Lord Bethell said scepticism remains over the effectiveness of temperature checks, while a “frustrating but unavoidable truth” is a Covid-19 test does not necessarily mean a person is virus-free and will not show symptoms in the days ahead.

Testing at airports “cannot be a surefire and safe route” to protect the UK and isolation is the preferred approach, the minister explained to peers.

Holidaymakers returning from Spain have been told they must quarantine when they return home.

A spike in the number of coronavirus cases saw Spain removed from the UK’s list of safe destinations. 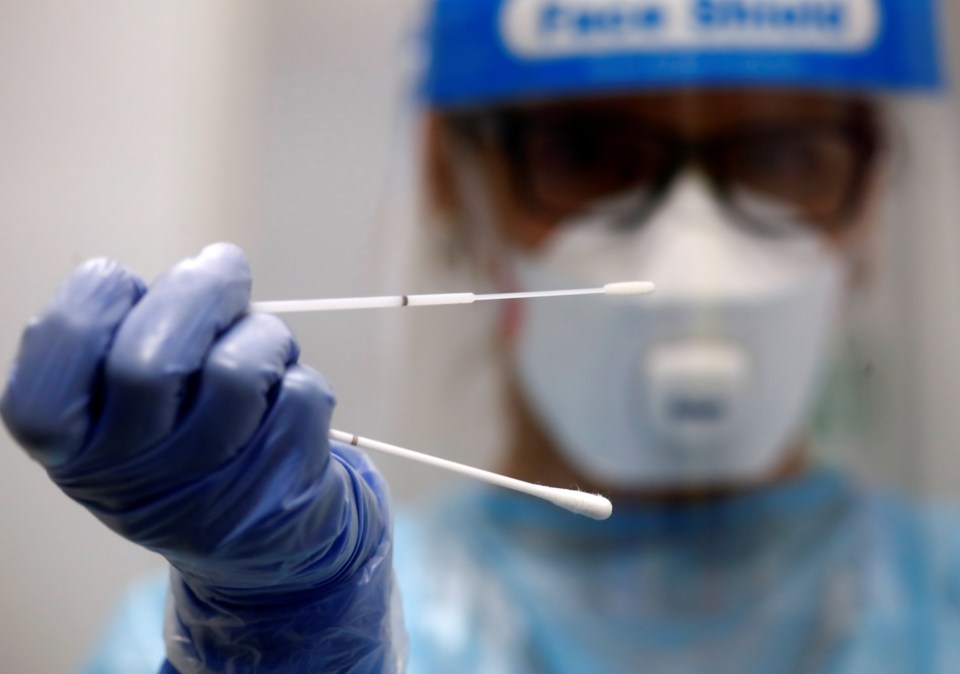 The Balearic and Canary Islands have been added to the list of areas where all non-essential travel should be avoided, the Government has said.

The move comes after Downing Street warned “no travel is risk-free” after a coronavirus quarantine requirement for people arriving in the UK from Spain was reintroduced.

The Foreign and Commonwealth Office (FCO) updated its travel advice for visits to Spain, saying: “The FCO advise against all non-essential travel to Spain, including the Balearic and Canary Islands, based on the current assessment of Covid-19 risks in the country.”

An FCO spokesman said: “We have considered the overall situation for British nationals travelling to and from the Balearic and Canary Islands, including the impact of the requirement to self-isolate on return to the UK, and concluded that we should advise British nationals against all non-essential travel to the whole of Spain.” 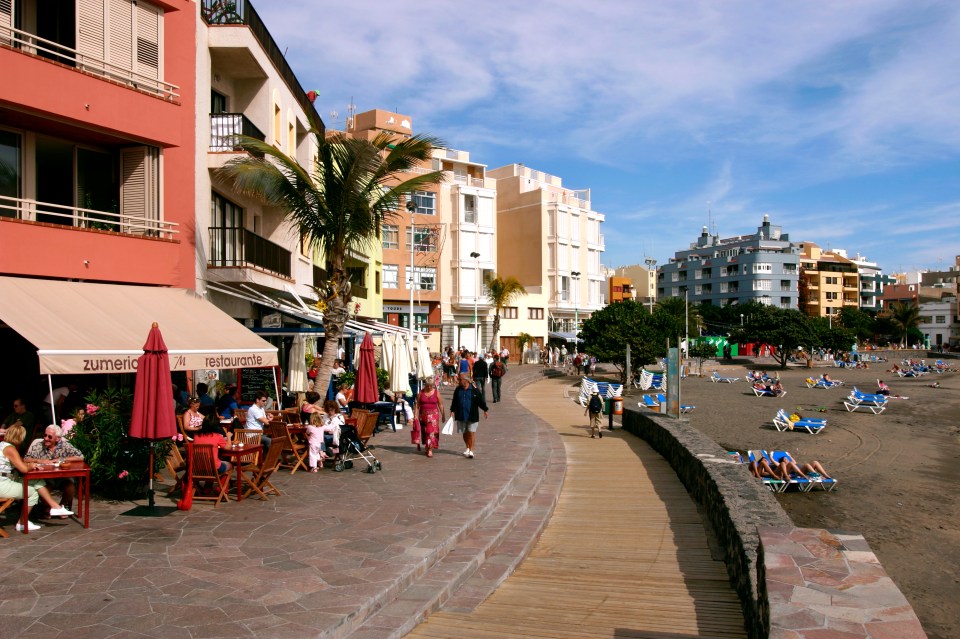 WHICH PUBS AND RESTAURANTS ARE TAKING PART IN THE EAT OUT TO HELP OUT SCHEME?

EAT OUT TO HELP OUT LAUNCHES POSTCODE CHECKER

A new Eat Out to Help Out postcode checker has been launched by the government to help you find places that are taking part.

The new scheme sees diners get 50 per cent off meals and non-alcoholic drinks, up to £10 a head, in restaurants, cafes and pubs throughout August.

Eat Out to Help Out launches on August 3 and will run until August 31, with the discount applying on Mondays, Tuesdays and Wednesdays.

If you’re wondering if your favourite chain is offering Eat Out to Help Out, the government has launched a postcode checker to see what’s available in your area.

The Eat Out to Help Out restaurant finder is available on the GOV.uk website. 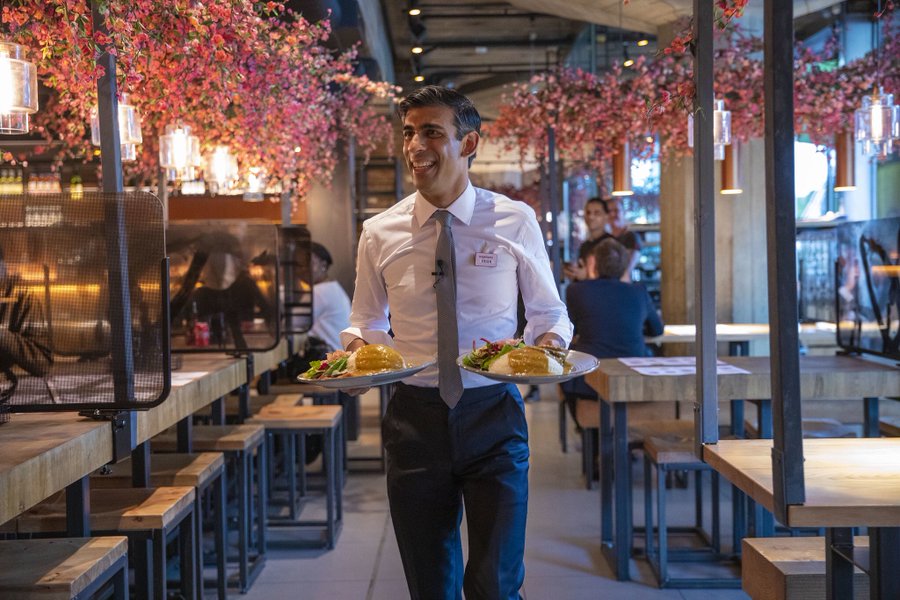 A Foreign Office spokesperson said tonight: “We have considered the overall situation for British nationals travelling to and from the Balearic and Canary Islands, including the impact of the requirement to self-isolate on return to the UK, and concluded that we should advise British nationals against all non-essential travel to the whole of Spain.”

WHY HAS IT CHANGED?

The Foreign and Commonwealth office has advised against travel to Spain’s islands in yet another air bridge U-turn.

They now advisie against all non-essential travel to Spain, the Balearic and Canary Islands. 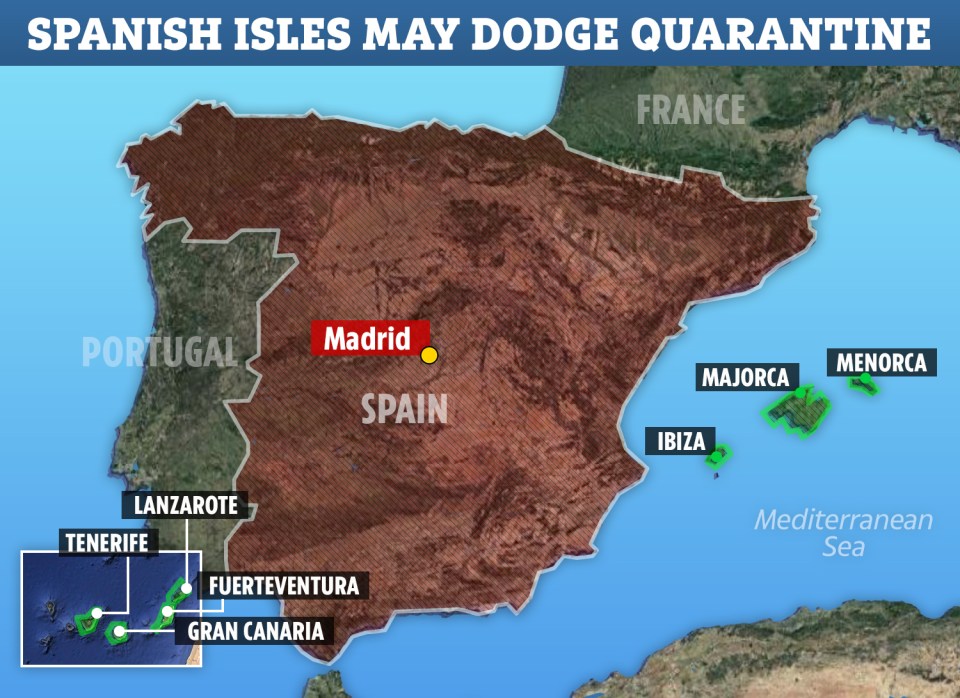 The Foreign Secretary told Sky’s Sophy Ridge yesterday following a U-turn on air bridges to Spain: “As we’ve found with Spain, we can’t give a guarantee.”

Mr Raab added: “There is an element of uncertainty this summer if people go abroad.

“I’m not going to tell people what they should or shouldn’t do. They should follow the advice.”