SCOTS coronavirus cases soared by 714 overnight in the biggest spike ever for the second day in a row.

A total of 27,232 Scots have contracted the infection since it first emerged north of the border.

The new cases recorded overnight represented 11.5 per cent of all newly tested individuals.

It comes as an Edinburgh dad survived a UK record of 172 days in ICU to beat coronavirus.

Here’s the latest from Scotland’s battle against the pandemic.

A PROTECTIVE dad who is refusing to send his daughter to school over coronavirus fears could face a prison sentence or £10,000 fine.

When students across the country returned back to school in September, Michael Huston kept his daughter home to protect her against potential outbreaks of the virus.

But on Monday he admitted that he “caved into the pressure” and sent her back to Samuel Barlow Primary Academy in Mansfield, only to go back to homeschooling her on Tuesday.

He decided to bring her back home again after hearing claims there was “no social distancing” at the primary school.

SCOTLAND and Northern Ireland have recorded its highest daily increase of coronavirus infections today – as the UK records 6,042 new cases.

Cases across the UK are continuing to soar as Scotland recorded 714 new infections today – its highest day yet.

In Wales, the number of confirmed Covid-19 cases increased by 370 – a jump from the previous day’s 320 new cases.

Police have clashed with anti-lockdown protesters at a demonstration in central London as officers tried to shut the event down.

Thousands of people massed in Trafalgar Square on Saturday carrying a variety of signs, flags and placards to take part in a “we do not consent” rally, none appearing to wear face coverings or to social distance.

But the Metropolitan Police said on Twitter that it was asking the crowds to disperse because they were not complying with social distancing rules.

Officers penned the crowd in Trafalgar Square and water was thrown at them by demonstrators while crowds also chanted “pick your side” at the officers.

Bottles were thrown and police used batons against protesters, leaving some with visible injuries.

Some parents brought their children to an anti-lockdown protest in central London.

Demonstrators, who were not wearing a face mask or social distancing, were seen shouting: “we will win.”

RATS COULD BE TRAINED TO DETECT CORONAVIRUS

Bomb-sniffing “hero” rats could be trained to weed out cases of coronavirus, researchers have said.

The innovative idea comes after an African giant pouched rat called Magawa was given a George Cross meddle for helping detect 39 landmines and 28 unexploded munitions this year with its super-sensitive smelling skills.

Scienctists from Belgian-registered, Tanzania-based charity Apopo have said they could give the rodents – known as HeroRats – special training to sniff the chemical compounds present in coronavirus. 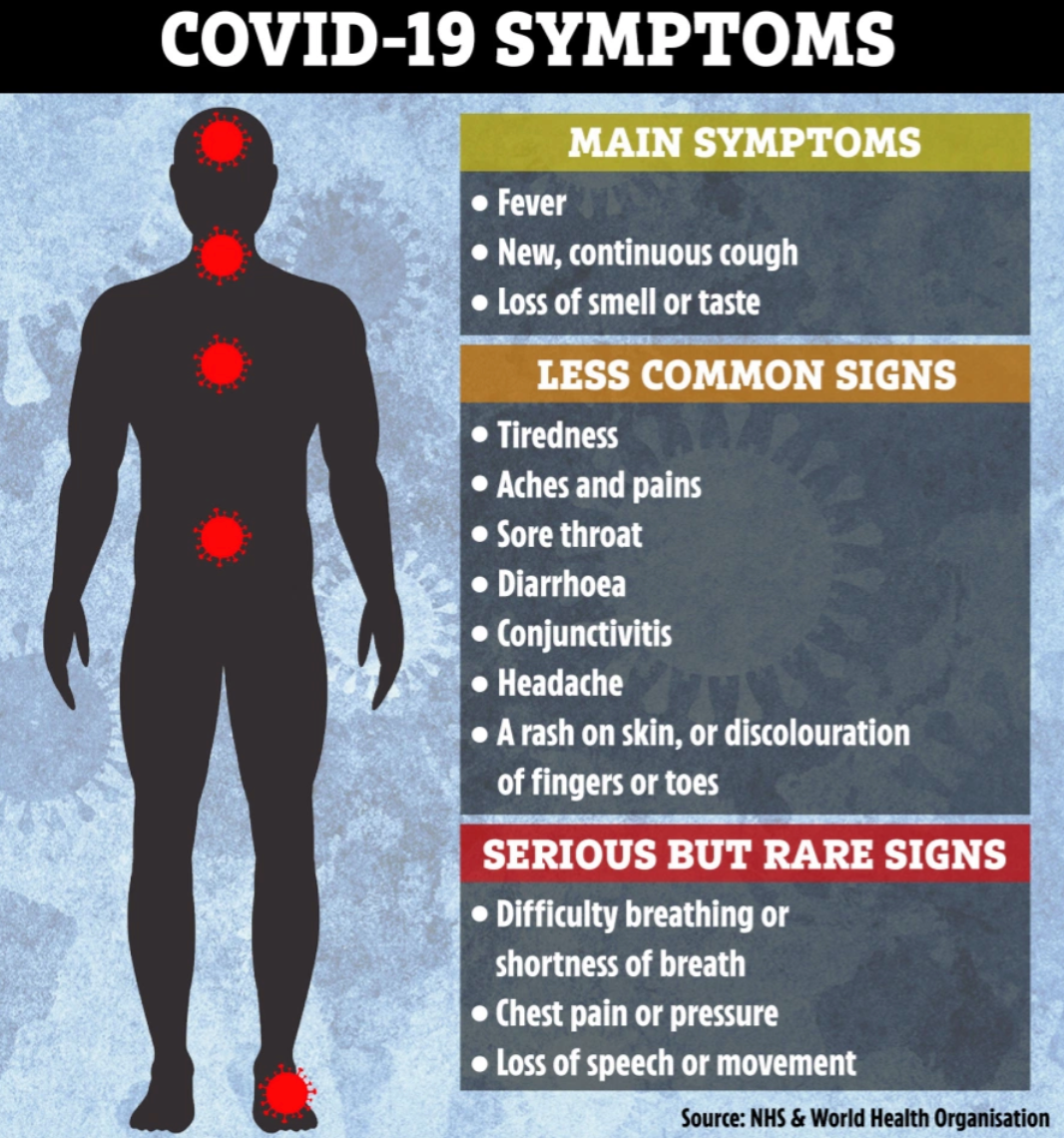 The Scottish Government released their latest daily figures as Covid continues to grip the nation.

A total of 27,232 Scots have contracted the infection since it first emerged north of the border.

The new cases recorded overnight represented 11.5 per cent of all newly tested individuals.

Overall, 290 positive tests came from Glasgow, with 113 in Lothian, and 91 in Lanarkshire.

It’s reported that officers were scrambled to Pollock Halls of Residence in the capital last night.

The BBC reports that cops had been called after “informants” raised concerns the parties were breaching regulations.

The orchestra was performing songs by US rapper Dr Dre and the organisers had said the event would be operating under “strict Covid government guidelines”.

Organisers No Strings Attached were fined £10,000 for the Covid-19 breach.

TOP SCIENTISTS CONSIDERED PLAN FOR EVERYONE OVER 45 TO SHIELD

Scientists had reportedly asked the government to consider having everyone over the age of 45 shield under new coronavirus plans.

Papers from SAGE have suggested that those over 45 were at greater risk from the killer bug and said could be “segmented” from the rest of the population.

However, the idea was eventually advised against as it was considered unlikely to be successful – but it is still being kept under review.

It follows a similar plan to potentially target over-50s with another lockdown.

EASYJET ‘HANGING BY A THREAD’ AFTER CORONAVIRUS CRISIS

EasyJet is “hanging by a thread” after being crippled by the coronavirus pandemic, a union official has claimed.

In a leaked recording obtained by BBC News, Martin Entwisle of pilots’ union Balpa said the airline was in a “really, really dire situation”.

Mr Entwisle, who’s also an EasyJet captain, reportedly made the comment after a meeting with the airline’s chief financial officer, Andrew Findlay.

During the presentation to Balpa members, Mr Entwisle added: “I think the easiest way to put it is that the company is hanging by a thread.

“If we don’t have a good summer next summer and make a considerable amount of money, we really are going to be out of a job.”

Health bosses confirmed that the staff members from Kettle Produce, Balmacolm, had caught the bug.

NHS Fife added that all seven workers are now self-isolating at home as they recover.

The Balmacolm facility is now set to be partially closed for up to two weeks due to the Covid outbreak.

WEDDING RECEPTION SHUT DOWN BY POLICE

A wedding reception was shut down by police after they found dozens of guests crammed into a restaurant.

The bar in Swansea, Wales, has been ordered to shut after “a large number of people” attended the nuptials.

Officers were called to Adelina’s Bar and Kitchen on Thursday night and forced everyone at the party to leave.

Pictures from the night apparently show wedding guests crammed into the bar before the cops arrived to break up the gathering.

Bosses at the performing arts instutute confirmed that tracing was now underway after the bug scare.

A Brit who thought he was “invincible” and dismissed coronavirus as “bull***t” is scared for his life after catching the bug in Tenerife.

Chris Grailey, previously a healthy 29-year-old, has warned others to take the virus seriously as he struggles to breathe while being given oxygen treatment.

He said: “I caught it in Tenerife thinking I was invincible, not wearing a mask.

“I paid the price. I have got no underlying health issues. I don’t want anyone making the same mistakes as me.

“Now I’m in intensive care, waiting to get more treatment, and not knowing if I’m coming out the other side.

“So I really want you to take this message on board because it could happen to anyone, please please take care.”

Hundreds of students in Manchester have been told to self-isolate after 127 of them tested positive for coronavirus.

Residents at the Birley campus and Cambridge Halls at Manchester Metropolitan University have been told to stay in their rooms for 14 days, even if they have no symptoms.

In total, 1,700 students have been locked down, according to the Manchester Evening News.

Infectious disease modelling expert Professor Graham Medley warned there would be 100 coronavirus deaths a day in a few weeks’ time.

Prof Medley, who attends meetings of the Scientific Advisory Group for Emergencies (Sage), told BBC Radio 4’s Today programme: “The treatments have improved, the way the virus is transmitting is going to be different, but nonetheless it is a dangerous virus and inevitably it will lead to some deaths.

“Now whether it is as many – in February and March we were essentially assuming 1% of infections would lead to deaths. Now even if that is 0.8%, which I think would be a great success in terms of treatment, it still means that we are going to see deaths increase.

“In order to stop that process increasing again, then we need to make sure that that transmission comes down now because that doubling time will carry on. The things that we do now will not stop 100 people dying a day but they will stop that progressing much higher.”

GLASGOW turned into a Friday night ghost town as drinkers boycotted city centre bars on the first night of the nationwide 10pm curfew.

Pubs in the city centre which would normally be packed on a Friday evening were left struggling to find customers.

One pub manager told the Scottish Sun: “It’s been a good night if we’ve been half empty.”

A SCOTS coronavirus patient has survived a UK record 172 days in intensive care.

Brian Mearns, 63, got a standing ovation from medics as he left the unit.

The Edinburgh dad said: “It’s thanks to the wonderful staff I’m still alive.”

His miracle survival comes after his family were called into hospital four times to say their final goodbyes.

One student said she has now been isolating for nearly a month, having been placed in an initial 14-day quarantine on arrival from California.

The teenager and three other people in her eight-person flat in Glasgow University’s Murano Street Student Village have now tested positive for Covid-19.

The complex is the university’s largest halls of residence and can house 1,175 students.

The 18-year-old, who is studying international relations and sociology, said she is having to wash her clothes in the sink as the laundry is outside the flat.

Mexico’s death toll from the coronavirus pandemic has passed 75,000.

The country saw 490 deaths in the passed 24 hours, bringing its total to 75,439, the fourth highest globally.

It now has the seventh-worst outbreak in the world, with 714,457 cases confirmed.

A further 33 people have been confirmed to have died in hospitals in England after testing positive for coronavirus, NHS England has said.

The patients were aged 56 to 93 and all but two had preexisting health issues.

The two that did not have any known conditions were aged 88 and 84.

Households in Leeds will not be allowed to mix indoors from midnight tonight after the city was placed in a local lockdown.

The council said it had seen a “consistent upward trend for a number of weeks”, prompting the new measures.

These restrictions will mean that from midnight people cannot meet people from outside their support bubble in private homes or gardens.

Photos from the popular Buchanan Street bar showed that it had temporarily shut – with fears there may have been a virus outbreak.

Sources told The Scottish Sun that someone connected to the premises had tested positive for Covid.

And one customer was told that the bar was shut due to “operational issues” when they called up to book a table.

Last week saw an average of almost 10,000 new coronavirus cases cases per day in England, the Office for National Statistics has said.

The news comes as measures intended to stop the spread of coronavirus come into force across the UK.

The latest figures do not include people living in hospitals, care homes, or other institutional settings.

A statement on the ONS’s official twitter account read: “The most recent estimate suggests the number of infections in England has increased in recent weeks.

“During the most recent week, we estimate there were around 9,600 new covid19 infections per day in England, not including those living in institutional settings.”