The European Commission says it has concluded initial talks with Germany’s BioNTech and US-based Pfizer to reserve 200 million doses of their anticipated vaccine against Covid-19, with an option to buy a further 100 million. 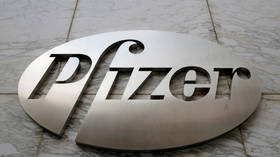 The BioNTech-Pfizer effort is the sixth potential vaccine for which the Commission has struck – or plans to strike – an advance purchase agreement, having already concluded exploratory talks with Sanofi-GSK, Johnson & Johnson, CureVac and Moderna.

All EU member states would have the possibility to buy the resulting vaccine and could also donate it to poorer nations, or redirect to other European countries.

The EU supply is expected to be produced by BioNTech’s sites in Germany and Pfizer’s manufacturing site in Belgium, with deliveries starting by the end of the year, according to the companies.

They will seek regulatory review of their joint potential vaccine in October and, if approved, plan to supply up to 100 million doses worldwide by the end of 2020. This figure could reach about 1.3 billion doses by the end of 2021. The proposed agreement with the Commission would be the largest initial order for Pfizer and BioNTech to date.

Last month, the Commission reached a first agreement with AstraZeneca for at least 300 million doses of its potential vaccine. On Wednesday, the drugmaker announced it was suspending global trials of its experimental coronavirus vaccine over an unexplained illness in a participant.

Here’s the full statement $azn sent us for this story: https://t.co/kmjVIHGY1Tpic.twitter.com/DNadhv0KbD

Reacting to AstraZeneca’s move, the World Health Organization (WHO) said that safety is paramount in vaccine clinical trials and temporary suspensions are not unusual, Reuters reported. “We are pleased to see vaccine developers assuring the scientific integrity of the trials and abiding by the standard guidelines and rules for the development of vaccines,” the UN health agency said.