A lot of studies are being carried out into whether the anti-parasitic drug could be used to treat Covid-19.

A NUMBER OF posts circulating on social media have claimed that the medication ivermectin is a miracle drug which can be used as an alternative to Covid-19 vaccines, and can also be used to treat the illness.

Ivermectin is probably best known in Ireland as a de-worming treatment for livestock and pets, but is also labelled an essential human medicine by the World Health Organisation. It is a crucial treatment for river blindness, a parasitic disease of the tropics, as well as other illnesses caused by parasites.

A number of studies are currently being carried out into whether it should be considered an option for treating Covid-19 – so what is known right now? And is it true that ivermectin is an alternative to Covid-19 vaccines?

A number of popular posts on Facebook say that ivermectin can be used to “treat and prevent Covid-19 when used early!”.

One post falsely claims that ivermectin has been used on all patients in Irish ICUs for the last three weeks, and should now be extended to outpatients.

In one Irish Facebook video, a number of speakers suggest that ivermectin should be considered as an alternative to Covid-19 vaccines.

The host of the video says that “widespread vaccination is still touted as the only game in town, despite increasing evidence that cheap and easily accessible therapeutic drugs can still help stall the progress of the disease”. She is followed by an “ivermectin advocate” who blames vaccines for her son’s autism.

An American ICU doctor and proponent of ivermectin, Dr Pierre Kory, also speaks on the video, saying that ivermectin is part of the solution to the global pandemic “but we just have to get everyone to realise that”. Dr Kory, whose strong views on ivermectin are controversial among medics, described it as a wonder drug during a US Senate committee hearing that was widely watched on YouTube.

Ivermectin is an important anti-parasitic drug. Trinity College graduate Professor William Campbell shared the Nobel Prize in Physiology/Medicine in 2015 for its discovery.

The drug entered the Covid-19 spotlight last April when an Australian study showed that the drug discouraged SARS-CoV-2 from replicating in monkey cells in a test tube. Study scientists at Monash University in Melbourne recommended that ivermectin warranted “further investigation for possible benefits in humans”. They warned, however, that it was unproven in humans.

In an interview with the Irish Times, Professor Campbell described these results as of great importance, though he noted that the lab experiments used high doses of ivermectin in achieving the results. He described the chances of ivermectin being used safely to kill the virus in people as low, but said it was, however, worth pursuing as a potential Covid-19 treatment.

In April, the Food and Drug Administration (FDA) in the US warned against self-medicating with ivermectin, especially with vet formulations that could cause serious harm. Other medical groups warned that ivermectin remained unproven in the treatment of Covid-19.

Since the Australian study, there have been small clinical trials involving ivermectin and Covid-19 patients, including, for example, ongoing trials in adults with severe disease; trials looking at whether it could prevent hospitalisation in adults; and its use in patients with early-stage Covid.

These are early trials, usually involving a few hundred volunteers, and typically patients in these trials will receive either ivermectin or a placebo.

Right now, as trials continue, the FDA in the US says that there is insufficient evidence to recommend ivermectin as a treatment for Covid treatment or prevention.

This has been echoed by other groups: on Monday this week, the European Medicines Agency (EMA) said that it has reviewed all the latest evidence on the use of ivermectin for the prevention and treatment of Covid-19, and concluded that the available data doesn’t support its use (except in clinical trials).

Similarly, at the World Health Organisation, a clinical team is currently examining different studies that have looked at the use of ivermectin and is expected to produce some guidance on its use later this month.

Merck, the company which makes ivermectin, released a statement in February urging caution against using its drug to treat Covid-19.

It said that there was “no scientific basis for a potential therapeutic effect against Covid-19 from preclinical studies” and no meaningful evidence for ivermectin working in patients. It also expressed concerns about a lack of safety data in most studies.

This could change as more studies are done; some studies have suggested that ivermectin could work against Covid-19, but medical authorities such as the FDA say larger, better trials are needed, while the claims of it being a miracle drug for Covid-19 are disputed.

“High quality rigorous clinical trials in people with or exposed to Covid-19 infection are not yet available to establish if ivermectin actually works and is safe to use, and in what doses,” Professor Andrew McLachlan, dean of pharmacy at the University of Sydney, who has written about the hype around ivermectin, told The Journal.

“The laboratory studies suggest high concentrations of the drug may be needed beyond a standard dose to have an antiviral impact,” he said, adding that safety monitoring will therefore be important.

Professor Alistair Nichol, intensive care doctor at St Vincent’s University Hospital in Dublin, told The Journal that while there have been some clinical trials on ivermectin in Covid-19 patients, “they haven’t been of the highest quality to date”.

A large multinational clinical trial in Covid-19 patients is to begin shortly, and Professor Nichol heads up the Irish arm. He’s aware of claims of ivermectin as a miracle cure, but “the enthusiasm does not match with the evidence to date”. He hopes the new trial will provide an answer.

A cursory search of the US clinical trials database lists dozens of ivermectin trials for the disease, which will help provide answers. 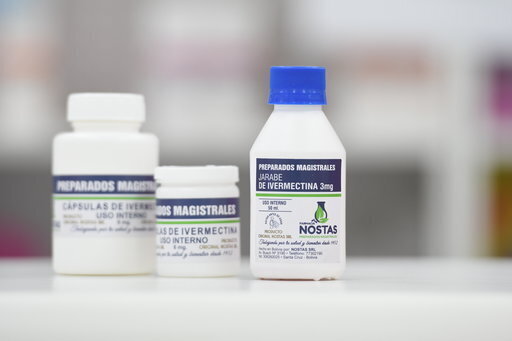 Professor Leigh Owens at James Cook University in Australia wrote a review article on ivermectin, published in January, which describes the potential for repurposing ivermectin as an antiviral agent as promising.

Professor Owens points to three small clinical trials published since his review. One observational study suggests people on ivermectin had no cases of SAR-CoV-2, while one-third of people without ivermectin became infected with the virus.

Another trial found that patients on ivermectin recovered faster, while the third trial showed an improvement in patients from self-reported loss of smell/taste.

Such observational trials are viewed as preliminary, compared to the gold standard test: large randomised, placebo-controlled trials (RCTs), where patients are randomly assigned to take either a placebo or the drug.

Professor Owens describes these as “very encouraging results”, but says that they do not prove that ivermectin should be used in people, outside of clinical trials. “The biggest gaps are the lack of large numbers of humans or suitable susceptible animals in trials that look at dose rates,” he told The Journal.

It is an approach that is echoed by other experts: in a blog for the New England Journal of Medicine in January, infectious disease specialist Dr Paul Cox similarly concluded that there is not enough evidence yet to introduce the drug into regular medical practice.

The proper place for an unproven drug is in clinical trials, according to most infectious disease experts, where patients are under medical supervision.

It remains unclear how ivermectin might work against SARS-CoV-2.

“It appears to stop the processes that allow proteins to move within the virus,” Professor McLachlan said. “These proteins would normally dampen the body’s anti-viral response.”

Professor David Brayden at University College Dublin, who has studied ivermectin, pointed to an article which noted the low potency of the drug in cells affected with Covid-19, and doubts whether it can reach high enough levels from a tablet.

Covid-19 patients may have a compromised blood-brain barrier, and “so ivermectin could do neurological damage in the brain of patients,” notes Professor Brayden.

Such toxicity risks are important to consider, added the UCD professor, who notes that there is a possibility that ivermectin could end up in the same Covid-19 bin as chloroquine, “where some scientists jumped the gun to promote it on the back of subsequently retracted studies”.

The jury is out about whether ivermectin is beneficial for Covid-19 patients, but it is extremely difficult to find infectious disease experts who say it could be considered an alternative to vaccines.

Covid-19 vaccines which have been approved by medicines regulators have been shown to be safe in RCT trials of tends of thousands of volunteers.

Professor McLachlan warned, “There is absolutely no credible evidence that might suggest that ivermectin was more effective than the current COVID-19 vaccines that have been approved for human use by major international regulators.”

Professor Owens says that if he was severely ill with Covid-19, he would enter an ivermectin trial. But he is emphatic that “this is not a substitute for an efficient, safe vaccine”.

High-quality evidence in larger trials is required before it could be recommended as a safe and effective treatment for COVID-19. Trials should show if it works or not, which patients it is effective in, and at what doses.

Clinicians are testing ivermectin in trials, but right now ivermectin remains of unproven benefit against COVID-19.

As the EMA said this week, the available data does not support its use for the prevention and treatment of Covid-19.

As a result, we rate the claim that ivermectin is an alternative to Covid-19 vaccines and could help to treat it UNPROVEN

As per our verdict guide, this means: The evidence available is insufficient to support or refute the claim, but it is logically possible.

Anthony King is a freelance science journalist in Dublin and part of TheJournal.ie’s factchecking team. He tweets at @AntonyJKing.

TheJournal.ie’s FactCheck is a signatory to the International Fact-Checking Network’s Code of Principles. You can read it here. For information on how FactCheck works, what the verdicts mean, and how you can take part, check out our Reader’s Guide here. You can read about the team of editors and reporters who work on the factchecks here.