As the week begins with a flurry of asteroidal activity, with four space rocks set to shoot past Earth on Tuesday alone, two Indian teenagers have discovered yet another space rock due to cross paths with our planet. 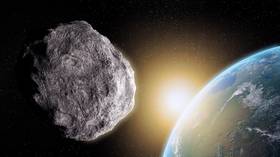 Then on Tuesday, we will witness a whopping four flybys in one day, starting with the relatively safe and short-lived sojourns of 2020NZ amd 2020 OE2, 28m and 12m in diameter respectively, which will blow through our cosmic backyard at a safe distance of 3.1 million kilometers and 1.7 million kilometers. 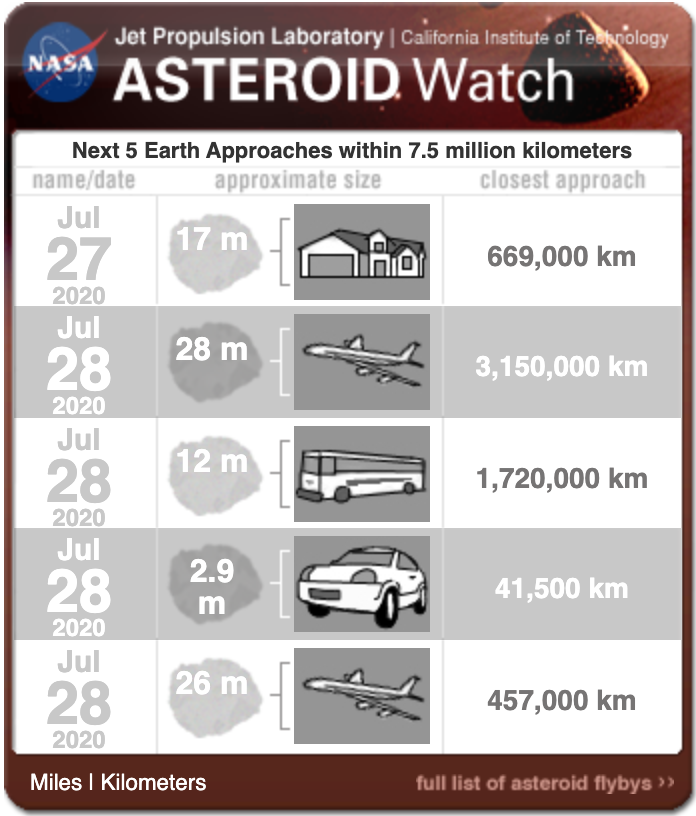 Both of these might be considered a little too close for comfort, as the distance between Earth and the Moon is just 384,400km. Neither pose any real threat, however, as they are unlikely to strike us and even if they did, they would be no match for our planet’s atmosphere.

The brief barrage of space rocks is reason enough to set suspicious stargazers on edge, especially after two 14-year-old girls in India, Vaidehi Vekariya and Radhika Lakhani, discovered asteroid HLV2514 which will also, one day, cross paths with Earth.

The teen stargazers spotted the space rock during the All India Asteroid Search Campaign (AIASC), part of IASC, an outreach program run by NASA.

“It is, in fact, a near-Earth object (NEO),” IASC Director Patrick Miller confirmed, adding that it will evolve into an Earth-crossing asteroid at some undetermined point in the future.

For the moment at least, it appears our planetary defenses are operating optimally as they spotted the outbound Chinese probe Tianwen-1 en route to Mars shortly after beginning its seven-month journey to the Red Planet while scanning the sky for wayward asteroids.

The surreptitious snap will come as little relief, however, as European Space Agency (ESA) astronaut Paolo Nespoli, who was a mission specialist aboard the Space Shuttle Discovery in 2007, warned that there are more than one million asteroids that could hit Earth.

Between small and big, there are more than 1 million asteroids out there that could hit the Earth. Right now, we are mostly ignoring the probability of a massive one suddenly appearing. It’s time to act: #AsteroidDayHere’s one from mission 53, 2017. pic.twitter.com/qU5BtshqoE

Formerly the agency’s oldest active astronaut prior to his retirement in 2018 at age of 61, Nespoli posted a video of asteroid 163348 (2002 NN4), which passed 3.2 million miles by Earth, with a rather ominous caption to mark World Asteroid Day on June 30.

“Between small and big, there are more than one million asteroids out there that could hit the Earth,” he said. “Right now, we are mostly ignoring the probability of a massive one suddenly appearing. It’s time to act: #AsteroidDay.”