More than 1.5 million Irish users have been affected by the breach. 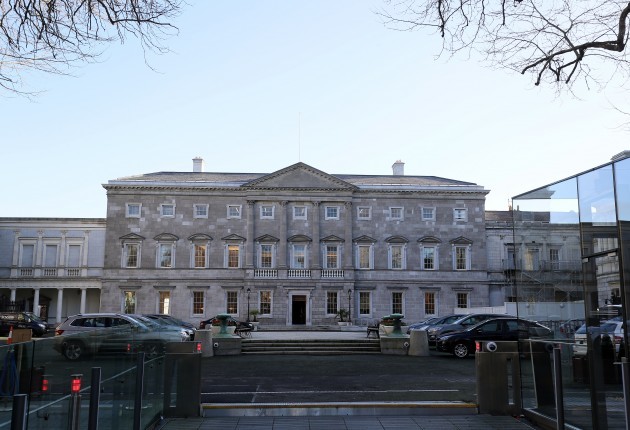 THE PERSONAL DETAILS of more than a third of TDs have been implicated in a data leak that has affected over a million Irish Facebook users.

Ministers, party leaders and TDs from both government and opposition parties are among the deputies whose full names, phone numbers and – in some cases – dates of birth and marital status have circulated online as part of the major leak.

The data was originally taken in 2019, when hackers manipulated a feature on Facebook which exposed the personal information of around 533 million users worldwide.

Although the information has circulated in obscure parts of the internet since then, it was subsequently republished on an unsecure database last week, causing the data breach to be reported upon again.

Around 1.5 million Irish-based Facebook users have been caught up in the leak, which has led to their full names and phone numbers being published online beside other personal information allowing people to search for their personal profiles.

In many cases, the towns and cities people live in have been published beside their name, along with their occupation and date of birth in some instances.

An analysis of the database by The Journal found that among those affected in Ireland are 65 sitting TDs from almost every party in the Dáil, as well as a slew of independents.

In total, the database contains the details of:

In every case, a TDs’ mobile phone number was published beside their full name and Facebook profile ID number.

Not aware of information shared

The Journal contacted every TD who was affected by the Facebook data breach to ask whether they knew that their information was contained on the database.

Out of 23 replies received by the time of publication, 20 TDs said that they were not aware that their information had been shared online.

Of the three TDs who did know their information had been shared, one told The Journal that they had been made aware of the issue following a request for comment from another publication.

Most of those who spoke to this publication explained that as TDs, their mobile phone numbers are usually accessible online, but expressed concerns that this was not generally the case for others in society.

“It’s certainly something that would be concerning for those who aren’t in the public eye,” said one Fine Gael TD whose details were shared, suggesting that Facebook should inform everyone affected by the breach.

Another TD from Fianna Fáil highlighted how many people don’t hear about such data breaches, and that even when they do, they “don’t seem to make the connection” that they could be affected.

“I saw the story at the weekend I kind of gave it a cursory enough look,” they said. “You kind of tend to think ‘Oh, sure, but this doesn’t impact on me’.”

Facebook, which continues to investigate the data breach, stated earlier this week that it did not intend to inform those whose information has been leaked.

A post on the company’s website instead urged all users to carry out “regular privacy checkups to make sure their settings are in the right place”.

The company was asked whether it could confirm that 1.5 million Irish users had been affected by the breach. However, a spokesperson told The Journal that it could not do so, as its investigation was ongoing.

‘A serious issue for private citizens’

The Journal also asked TDs whether they trusted Facebook and whether they had any concerns about featuring in the database.

Some said they had no issues with the social media company despite the breach, with others mentioning that the platform was useful for allowing constituents to contact them on their public pages more easily.

“I don’t share anything overly personal on Facebook and I only use it for work purposes so it’s not something I’ve thought about or something that would worry me personally,” a Sinn Féin TD whose details appeared in the database said.

Others described the leak as “unsettling”, “worrying” and “a serious issue for private citizens”.

“There is a presumption but also an entitlement that when you hand over this information to Facebook it should be handled sensitively, and a lot of people will rightly feel violated by this data breach,” another Fine Gael TD impacted by the breach said.

“Facebook are at the forefront of social media technology and they have a responsibility to handle people’s information and right to privacy with safety and respect.”

On Tuesday, the Data Protection Commission (DPC) – the European Union’s lead regulator for Facebook – said it wass awaiting further information about the leak.

A spokesperson said the company had assured the commission that the issue “required extensive investigation” and would be given high priority in order to provide “firm answers” for impacted users.

In a statement, Facebook said it was continuing to engage with the Data Protection Commissioner to provide information about the issue.

You can check whether you have been affected by the Facebook data breach here.