Stuttgart’s Mayor Fritz Kuhn has been rebuffed by his state’s ministers, after rolling out gender-neutral language protocols for city employees, according to German media reports. 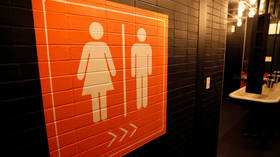 The new guidelines would urge those who work in Stuttgart City Hall to forgo gender-identifying titles such as “Mr.” when addressing colleagues. The new rules also stipulate that in written communications, “Dear Sir or Madame” should be replaced with “Dear people.”

As a general rule, terms that use gender “clichés” should be avoided, Kuhn, a member of the Greens, decreed.

His decree comes amid a wave of politically correct posturing in the United States and Europe, but it appears that other politicians in the state of Baden-Wurttemberg thought the mayor had gone too far.

State Prime Minister Winfried Kretschmann, a fellow Greens member, expressed concern over “language police officers.” He said that while people should be considerate of one another, such extreme measures could lead to “virtue terror.”

“You have to wonder if we have no other worries,” she told the German Press Agency.

Kuhn has defended his new guidelines, noting that they had received broad approval from city officials. He argued that concerns about “language policing” were unfounded because the protocols are only recommendations and cannot be enforced by law.