German servicemembers who faced persecution as a result of their homosexuality up until 2000 could be entitled to a compensation payout under a scheme reportedly being prepared by the Defense Ministry. 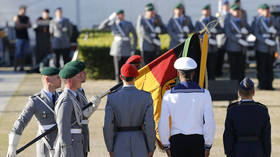 The payments for affected soldiers are part of a bill that Defense Minister Annegret Kramp-Karrenbauer is working on, according to the RedaktionsNetzwerk Deutschland (RND), which cited the text of the draft

It is understood that the compensation would not take the form of social benefits and will only extend to gay troops who were denied promotion or fired from the army ranks before 2000. The scheme would also apply to one-time soldiers of East Germany’s National People’s Army.

Under the practice, enlisted troops could have been sentenced by court-martial for engaging in same-sex relationships, and gay officers could be demoted for their homosexuality.

Now, Kramp-Karrenbauer’s bill would declare earlier rulings null and void, and provide a rehabilitation certificate for servicemembers in question.

Some local politicians welcomed the news, which is in line with Germany’s traditional sensitivity to any sort of stigma. “We owe the victims of state discrimination sincere compensation,” commented Jens Brandenburg, an MP with the liberal Free Democrats party.

Kramp-Karrenbauer herself reportedly plans to unveil the proposal on September 17, along with a study covering the Bundeswehr’s handling of homosexuals from 1955 to “the turn of the century.”

Once touted as a successor to Chancellor Angela Merkel, Kramp-Karrenbauer received a lot of media attention in early July when she spoke about her true attitude towards LGBT people.

Asked by an ARD broadcaster what she would do if her child told her that they were homosexual, the minister said she’d wish for them “to find a partner with whom they can be as happy as I am with my husband.” 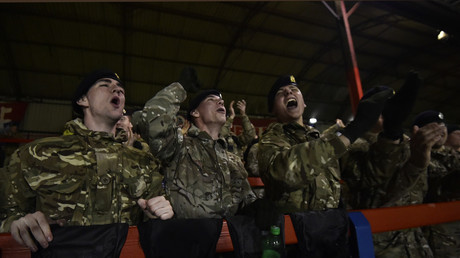