As part of an EU budget proposal, Berlin could reportedly see its already sizable annual pay-offs to Brussels’ financial pot surge by around a whopping 42 percent from 2021, totaling €308 billion within the next seven years. 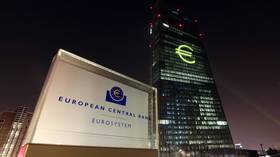 Germany would have to pay €13 billion ($14.6 billion) more every year than it currently does, Die Welt daily reported citing calculations the federal government gave in response to a request from Gerald Ullrich, a member of the liberal Free Democratic Party (FDP). That assessment is based on the current proposal from the European Commission.

READ MORE: The EU’s eye-wateringly expensive Covid-19 rescue plan is likely to only widen the trench between North and South

For the time being, Berlin contributes roughly €31 billion ($34 billion) to Brussels per year, but if the proposal – which covers European finances for the next seven years – is given the green light, the overall sum is projected to snowball to a massive €308 billion throughout the course of that period, Die Weltnotes.

The European powerhouse is already sending more money to Brussels than any other country within the union. Statistics for 2018 placed Germany far ahead of France and the UK. Now, the departure of the latter has already taken a heavy toll on EU finances.

The 13 billion euro increase has been tied to Brexit, according to the paper, as it left the bloc without one of its largest net contributors, namely Britain. European Commission chief Ursula von der Leyen – a former defense minister of Germany – pledged to save costs but at the same time make EU members pay more.

EU leaders are expected to hold a virtual summit this Friday, going online to discuss the bloc’s budget for 2021-27, on a par with the planned coronavirus recovery fund. Berlin has been tight-lipped, when commenting on the sensitive issue.

“It’s of course too early to float specific numbers now,” government spokesman Steffen Seibert told a regular news conference in Berlin, as cited by Reuters. He acknowledged, however, that it was clear even before the Covid-19 epidemic that Germany’s contributions will rise dramatically under the circumstances. 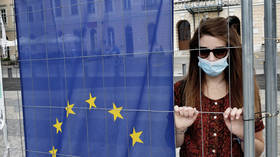