The development, on the six-acre site, is located 400 metres from the Spencer Dock Luas stop.

DEVELOPER GLENVEAGH CAN now enter talks with Dublin City Council on its plan to sell 71 apartments to the Council for an estimated €33.44 million.

The development, on the six-acre site, located 400 metres from the Spencer Dock Luas stop – is to comprise of nine apartment blocks ranging from one storey in height to one block reaching 18 storeys in height.

As part of its Part V social housing obligations, Glenveagh is planning to sell six three bed apartments at an indicative cost of €791,531 each to the city council as part of the proposed €33.4 million deal with the Council.

Glenveagh is also planning to sell 10 studio apartments to the council at a cost of €297,323 each.

In a letter to the City Council, director at Glenveagh Living Ltd, Wesley Rothwell has stated that the figures “are purely indicative and are intended to provide a reasonable estimate of the costs and values of the units based on construction costs prevailing at the time of the application”.

Rothwell stated that the ultimate Part V agreement is dependent on the final grant of permission and the site value of the time of planning permission.

Now, the final grant allows Glenveagh to sell its original estimate of 71 apartments to the Council. 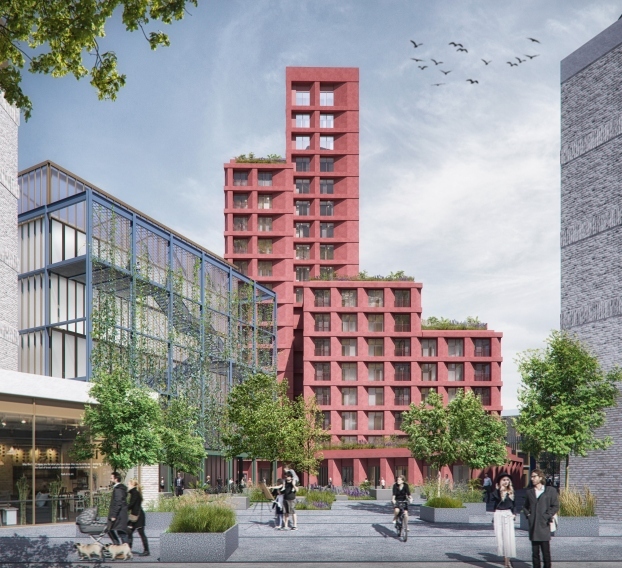 In giving the apartment scheme the go-ahead, the appeals board stated that the proposal would constitute an acceptable residential density in this urban location, would not seriously injure the residential or visual amenity of the area and would be acceptable in terms of urban design, height and quantum of development.

The board accepted that the scheme would materially contravene the Dublin City Development Plan in terms of height.

However, the board stated that the scheme is considered to be of strategic or national importance due to its potential to contribute to the Government’s policy to increase delivery of housing.

In giving the plan the go-ahead, the board upheld the recommendation of its Senior Planning Inspector, Lorraine Dockery to grant planning permission at the end of a 114-page report.

In a submission, former Lord Mayor of Dublin, independent councillor Nial Ring hit out at the ‘build to rent’ nature of the scheme.

Ring told the appeals board that “this concept is anathema to me and I, like so much of the community, am against the idea of a scheme which excludes any possibility of a young person/couple being able to get on the property ladder”.

He stated: “The idea of a non-resident pension fund owning block after block of apartments in the city must be resisted.”

He added: “Build to Rent would, by its very nature, attract a transient population which, according to studies carried out, impact very negatively on the overall social fabric of an area”.

Figures recently provided to Fine Gael councillor James Geoghegan show that the top price that the City Council paid for a Part V home last year was €645,486 paid for a four bedroom house on Dollymount Avenue.

He stated: “What the figures demonstrate is that when taken on average, Part V can be a cost effective way of creating mixed tenure communities.”