Been fooled yet today?

LOVE IT OR hate it, April Fool’s Day has rolled around again.

There’s always a few that make you laugh, shake your head, or look twice.

Here’s a round-up of some jokes today where the foolers managed to catch out at least a handful of unsuspecting fools – er, fool-ees.

The Royal Family is set to announce that Prince Charles is passing on his position in the line of succession to his son.

“If you had told me a year ago that Prince Charles would soon announce he will no longer succeed Queen Elizabeth II, I wouldn’t have believed it,” one Twitter user wrote.

“Tomorrow’s planned announcement feels like a bid to save the monarchy by deferring to William & Kate as the future.”

This one seems to have tricked a fair number of Twitter users who encountered it on their feeds.

If you had told me a year ago that Prince Charles would soon announce he will no longer succeed Queen Elizabeth II, I wouldn’t have believed it.

Tomorrow’s planned announcement feels like a bid to save the monarchy by deferring to William & Kate as the future.

Subway has launched a device to help people hold their rolls and scroll on their phones at the same time – or have they?

The “Helping Hand” device would clamp footlong rolls to stop ingredients from falling out so that “customers can switch between smartphone apps without having to put down their lunch”. 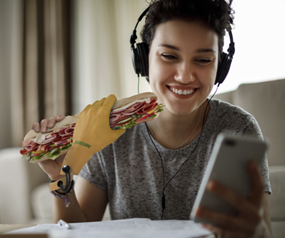 A Subway spokesperson said that “for anyone that finds the idea a bit weird, we’re happy to just cut their subs in half”.

A classic case of reinventing the wheel.

Independent TD Thomas Pringle’s joined in on the day with an announcement that he was switching affiliations.

The Donegal TD said that “on the promise of a ministerial position, I’m happy to announce I have joined Fianna Fáil”.

The page, which is called “Has Jeff Bezos Decided To End World Hunger” sends out one tweet each day, which is a status update on whether the Amazon head has decided to use his wealth to end world hunger.

“Jeff Bezos has decided that he will end world hunger today,” the account has tweeted.

Jeff Bezos has decided that he will end world hunger today.

We wish this one were true.

Supermac’s is now doubling up as a wedding provider.

The fast-food chain’s newest offering is a drive-thru wedding service.

“Supermac’s has been bringing couples together since 1978, from lunchtime courting and late night nibbles to Snackbox proposals and now, Drive Thru weddings.”

Not the Luke Kelly statue 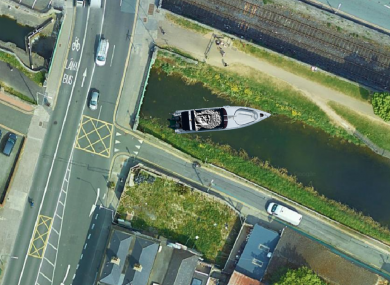 An aerial image showing the statue of Kelly in the beleaguered barge.

A barge carrying a third statue of renowned musician Luke Kelly has been wedged in the Royal Canal.

There are fears that the blockage in the canal, which is a key passage in Ireland’s statue-shipping network, could get in the way of unveiling a Matt Damon statue in Dalkey this weekend.

Complicating matters, the mechanism allowing for the Kelly sculpture to sing was jammed to its on position. Passers-by were in for a musical treat.

This one is brought to you by The Journal.