It will be difficult to wrap up a Brexit trade deal with the EU by the end of the year if “significant progress” isn’t made by October, UK cabinet office minister Michael Gove said, suggesting a no-deal split is a possibility. 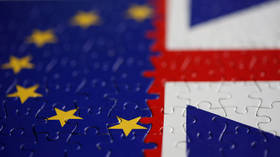 Gove was asked about a potential cut-off point for Brexit negotiations at the Commons Northern Ireland Committee on Thursday. “We don’t have a date, per se, pencilled in, but it is the case that if we haven’t secured significant progress by October, then it will be difficult,” he said.

The Tory minister went on to add he’d hoped “that we would have clarity beforehand,” but that nailing down the details and ensuring a free trade agreement can be reached becomes “increasingly difficult” without progress by that time.

Formal negotiations between the UK and the EU are set to resume on June 29. UK Prime Minister Boris Johnson has said he wants the trade deal made in July, but the EU expects it to take until October at least. Any trade agreement reached then requires ratification by both parties, which could take several months.

The deadline for the UK to request an extension of the transition period is July 1, but Johnson has insisted he won’t seek to push it out past the end of the year. The EU’s chief Brexit negotiator, Michel Barnier, has said that lawmakers should be prepared for the possibility that a deal won’t be reached in time.