Turkey and Greece have locked horns once more, this time over Ankara’s decision to turn the famed Hagia Sophia landmark back into a mosque. Some hot-headed Greeks even burned a Turkish flag to oppose the move.

Though joyous for those Turks who supported changing Hagia Sophia’s status, the milestone decision by Ankara was met with outrage in neighboring Greece, which saw it as an affront to its Christian legacy.

The Foreign Ministry called it “a blow to the cultural heritage of humanity” and even warned of a risk that the mosaics and other works of art in Hagia Sophia’s interior would be damaged, “beyond the symbolism of such a move.” 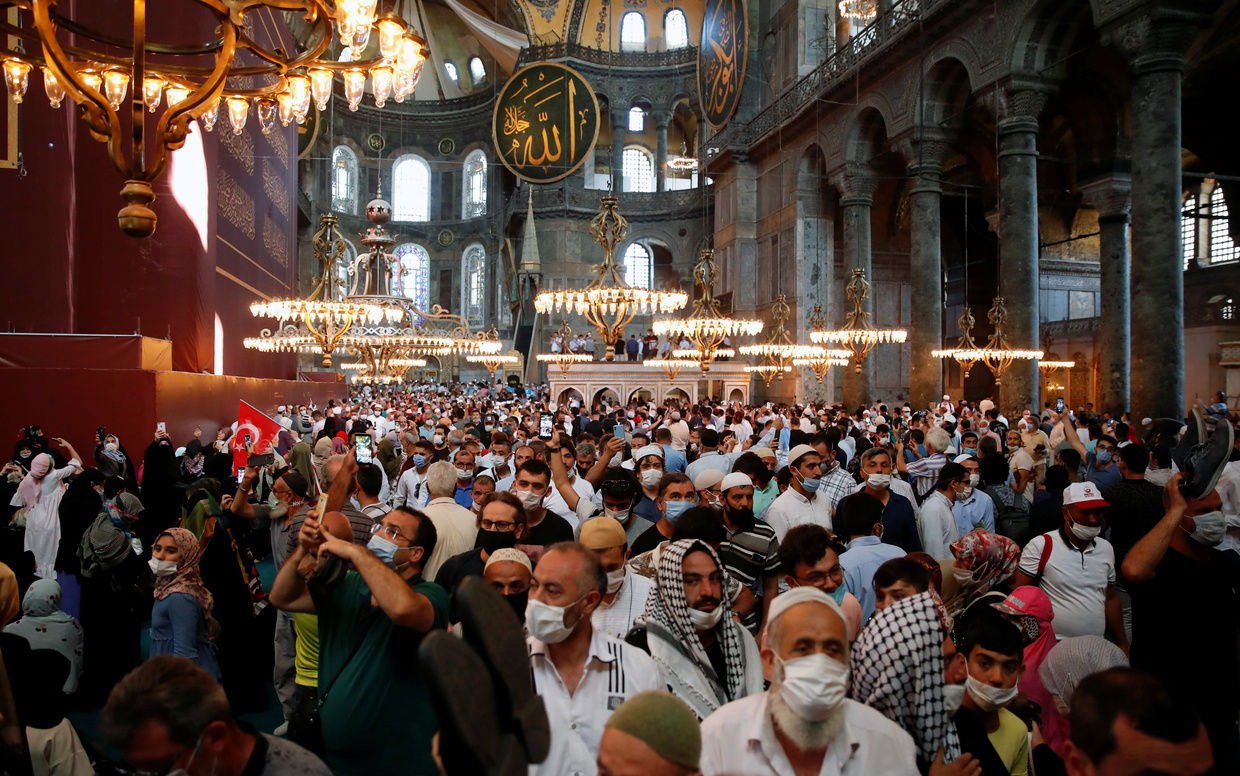 While diplomats in Athens stopped short of upping the ante, the sentiment was quite different in the city of Thessaloniki, where Orthodox activists set ablaze a Turkish flag as part of a rally held to protest the reconversion.

Many were holding the Greek national flag as well as placards that read: “Boycott Turkey.”

The developments apparently touched a nerve in Ankara, with the Turkish Foreign Ministry firing off an angry response on Saturday.

Greece “has once again demonstrated her hostility towards Islam and Turkey,” it said. Describing their Greek counterparts as “the spoiled children of Europe,” the Turkish diplomats advised Greece to “wake up from the Byzantine dream that she has been unable to wake up for 567 years.”

The harshly worded outburst did not go unanswered by Athens. The “rants of religious and nationalist fanaticism in present-day Turkey … are unworthy of an answer,” the Foreign Ministry proclaimed in a brief statement on Saturday.

Hagia Sophia isn’t the only issue souring the relationships between Turkey and Greece. Technically allies within NATO, the two nations are at odds over the status of Cyprus, as well as other territorial disputes in the Aegean Sea.