Neil McManus recalls a frightening incident in 2015 when a defibrillator from the local GAA field helped save his father’s life.

NEIL MCMANUS HAS opened up about how a defibrillator from the Cushendall GAA field helped save his father’s life after he suffered a heart attack in 2015. 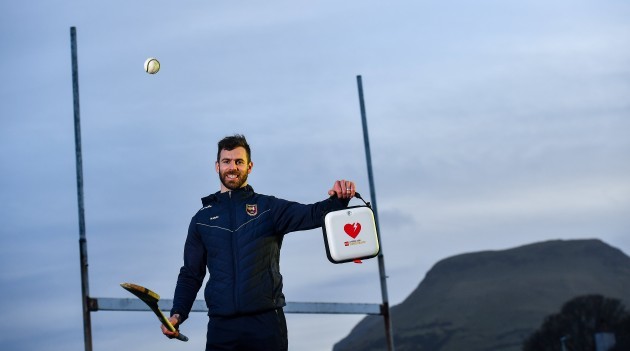 Neil McManus is an ambassador for the GAA Community Heart Programme.

Speaking at the launch of the GAA’s Community Heart Programme, an initiative around defibrillator awareness, McManus spoke about the frightening incident involving his father Hugh.

The day before Ruairi Óg Cushendall played Loughgiel Shamrocks in the Antrim SHC semi-final over five years ago, the Antrim star was still living at the family home and preparing for the game with some foam rolling.

That morning his 59-year-old father headed off for his usual Saturday game of golf when he felt a tightness in his chest and returned to the house.

“He went into the other living room in the house that no one is ever in and he lay down on the sofa and we knew that was very strange for him,” recalls Neil. “He has his one seat in the house and if he is not there he is in bed.

“I just rang an ambulance and said I think my father is having a heart attack and I didn’t really know if he was or wasn’t I just wasn’t sure I wasn’t used to him being unwell.”

The Saffron forward phoned 999 and the emergency services contacted first responders nearest to the family home. As it turned out, local man Joe Burns, a crew member of the Royal National Lifeboat Institution, was on the receiving end of that call.

Living 500 metres up the road from the McManus family home, he’s almost next door to the GAA pitch where the defibrillator was located.

Within five minutes of picking up the phone, Burns knocked on the door.

“I had no idea he was first responder,” says Neil. “I was pretty unfamiliar with the whole concept to be honest.

Before McManus had a chance to respond, Burns asked, ‘Is your dad alright?’

“He just knew by the look on my face. I just sort of shook my head. He just brushed me aside and came in.”

Neil was instructed to get his beard trimmers as Burns cut his father’s shirt open.

“We shaved his chest and had the pads on ready to go before he had the heart attack. It was incredible how quickly he got to work.

“Without him that day there is no way my father would still be there. The ambulance was there really quickly, within about three quarters of an hour, we are about an hour from Belfast so they were making good time to get down into the Glens, so we were just incredibly fortunate as a family.

“There was a second responder as well, Hugh McIlwaine, I think he’s chairman of Glenariffe the neighbouring village but he put club rivalries aside that day and came in and helped Joe out. 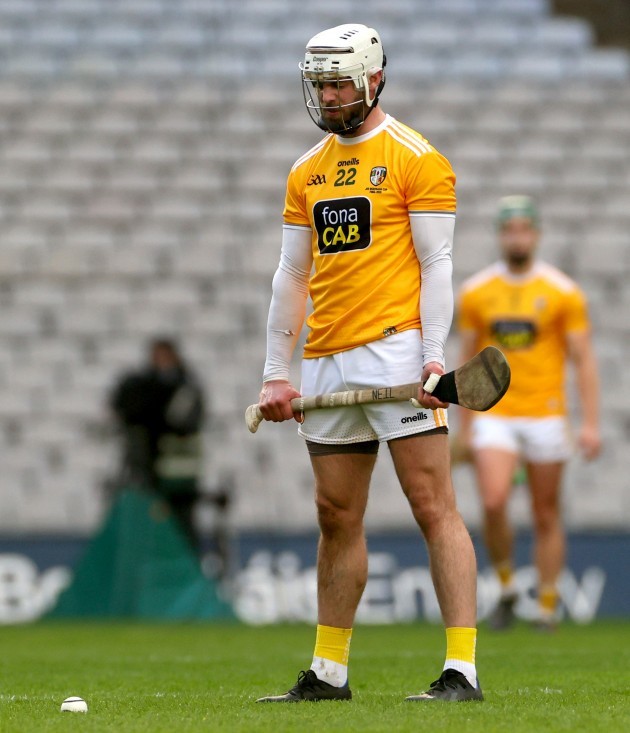 “Thankfully they brought him around. It was a scary 10 minutes alright. But we brought him around on the second attempt. We were so lucky. How many times have these guys gone to houses to try to revive somebody, and try to save a life, and not been able to?

“I think it was the first call in something like five years that those two men went to and they saved somebody. Usually it’s a different outcome.

“We got very lucky on the day, how Joe was at home whenever the phone call came and he was right beside the hurling field, where our AED (Automated External Defibrillator) is stored on outside wall. He was up at the house within five minutes. Without him, he wouldn’t be here today.

“It’s massive because to be able to have him there at my own wedding, and to have him there, a couple of years ago we won our club championship, him being involved in that team and stuff. They’re big, big parts of my life as well as his. Without that AED being available that day, he wouldn’t have been here.”

McManus lined out in the county semi-final against Loughgiel the following day. Incredibly, during the game Shamrocks forward Liam Watson’s father took a heart attack and a defibrillator from the grounds at Dunloy was used to revive him.

“The match was abandoned, obviously, because of what happened to Liam Watson’s father,” says McManus.

“But we met at the hospital that night because his father when he came into the hospital was rolled into the bed next to my father, so there was great craic that evening.” 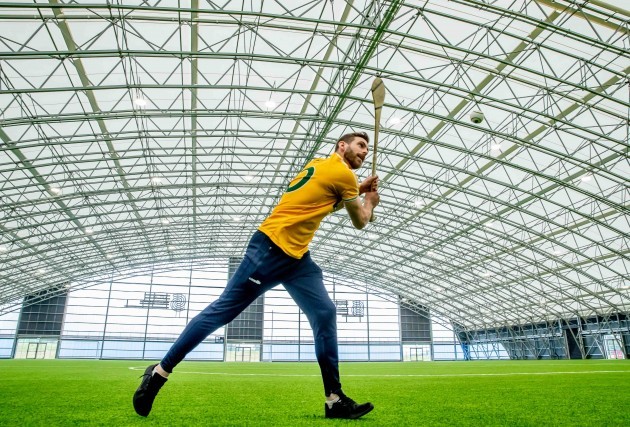 According to the GAA, a recent survey found that 42 lives across Ireland have been saved  by AEDs located in GAA facilities being used on members.

McManus stressed the importance of clubs checking the status of their defibrillators and upgrading them if required.

His father is in now good health and both McManus’s parents (both aged 65) will get the second jab of the Covid-19 vaccine in a couple of weeks. He can sense some optimism that life will return to normal, such is the pace of the vaccine roll-out in the north.

“There’s a bit of a confidence emerging there. People are starting to move outside their group a little bit more and the numbers are still decreasing, which is very important. If the plans come to fruition that we heard coming out of Stormont last week, the vaccine ramp-up is going to increase.

“I think everyone over 50 has been called to book a vaccination slot. After that, we’re really gonna move at pace through the younger members of the community. It’s absolutely great to see that kind of progress, to be honest.

“It’s such a shame that we haven’t done it on an all-island basis. There’s been a big mood change. Everyone is worried about the vulnerable, the people who are that little bit older. So many of those people have had at least their first vaccine.

“So there is definitely a bit of a spring in the step up here now that wasn’t there probably about two months ago. And there is a confidence there that our most vulnerable are vaccinated. That we have protected the people who need the protection most.”

Commenting on the news that club GAA activity is set to resume in Northern Ireland from 12 April, he said:

“And the WhatsApp has been bouncing since that came out yesterday, that it looks like we are going to get the go-ahead, and we couldn’t be looking forward to it any more, to be honest.

“Whenever you are just talking to some of the other lads, you start to get a wee bit excited. There are no two ways about it. Especially at this stage of my career, every year is a prisoner, I cannot wait to be back on a field.”

The GAA’s Community Heart Programme encourages every club in the country to A.C.T. now and ensure that their club can also be prepared in case of an emergency and that they can avail of a defibrillator that is Accessible, Charged and that there are enough Trained rescuers within your club who have the ability to operate the device.

The initiative allows GAA Clubs to fundraise for life-saving AEDs via a fundraising platform. Clubs can avail of a €995 reduction of saving per unit if they register and secure their AED via the Community Heart Programme. Once the fundraising target of €2,150 per unit has been reached, the AED units will also be delivered directly to the clubs.