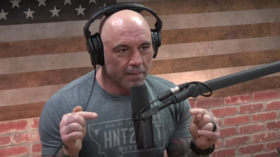 Left unsaid was the fact that he also figures to save millions of dollars in taxes. “I just want to go somewhere in the center of the country, somewhere it’s easier to travel to both places and somewhere you have a little bit more freedom,” Rogan said Friday on his show, which ranks No. 2 in the US on Apple Podcasts.

He added that Los Angeles is plagued by traffic jams and other problems stemming from overpopulation, making it impossible to run effectively: “I don’t think it’s manageable. Every mayor does a s**t job of doing it because I don’t think anybody can do a great job of it.”

However, radio talk show host Chris Plante pointed out another key reason Rogan would want to move to Texas – money. California has some of the highest taxes in the country, including a top income tax rate of 13.3 percent on incomes over $1 million. Texas has zero state income tax.

Rogan landed a $100 million licensing deal in May with Spotify, which will start carrying his show exclusively on September 1. The program will no longer be offered on Apple Podcasts or posted on YouTube. His tax savings on the Spotify contract alone could exceed $10 million.

Rogan currently has more than eight million subscribers on YouTube, and his podcast is downloaded about 190 million times per month. He also does stand-up comedy shows.

Rogan said he hasn’t decided on where he will live in Texas. Both his residence and business will be relocated to the state. He will join a mass exodus from the state. More than 86,000 Californians moved to Texas in 2018 alone, the last year for which data is available, according to a report by the Texas Realtors trade group.