A recent survey conducted in Norway found that the majority of respondents were skeptical of Islam and immigration, with many blaming immigrants themselves for a lack of integration into Norwegian society. 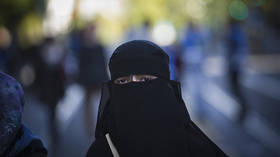 The 2020 Integration Barometer, commissioned by the Norwegian Integration and Diversity Directorate (IMDI), recently published the results from its ninth survey since 2005 and they make for unsettling reading for immigration advocates.

Only one fifth of respondents said that immigration worked ‘very’ or ‘quite’ well, while 79 percent of Norwegians argued any shortcomings of integration are due to lack of effort from immigrants themselves.

However, many also expressed wariness towards those with strong Christian beliefs (54 percent) which was a higher degree of reticence than towards those of a “moderate Muslim faith” (34 percent).

“We thus see that skepticism about religious beliefs is not just about specific religions, but also about how strong the beliefs are perceived,” the report said.

According to the survey, over 80 percent of Norwegians are skeptical of people wearing the face-covering niqab in any circumstance, be it on the street, in education or the workplace. The survey is based on a sample size of 2,968, out of Norway’s population of 5.36 million people.

Norway maintained a largely homogenous population (98 percent ethnically Norwegian) until the late 1970s, when a period of more widespread immigration began. Immigrants now account for roughly 18 percent of the country’s total population, and the majority of them are from Poland, Sweden, Somalia, Lithuania, Pakistan, and Iraq.

Interestingly, respondents were more positive about welcoming refugees than welcoming other immigrant groups.