At least 90 people were killed by security forces yesterday. 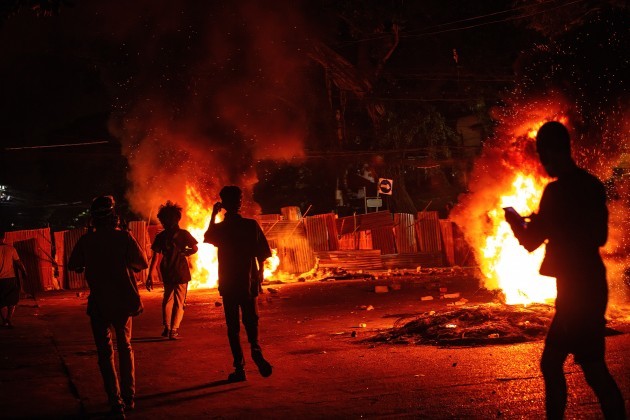 Protesters burning tyres to block the road during a demonstration yesterday in Yangon.

IRISH CITIZENS IN Myanmar are being advised to consider leaving as violence worsens.

Yesterday’s violence has been met with widespread condemnation by world leaders, including a rare joint statement from the defence ministers of 12 countries.

At least 90 people – including several children – were killed after security forces opened fire on anti-coup protesters.

Myanmar has been in turmoil since the generals ousted and detained civilian leader Aung San Suu Kyi, triggering mass protests demanding a return to democracy. 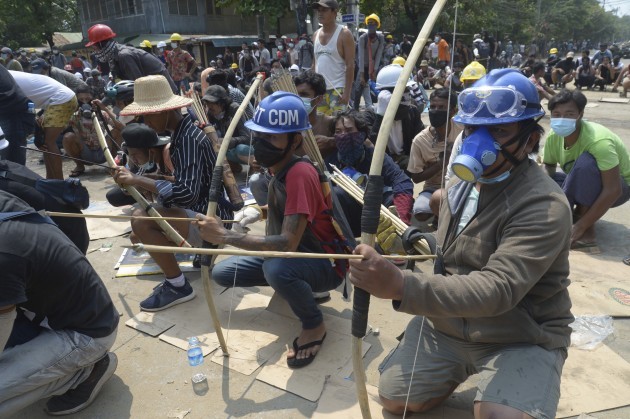 The junta yesterday staged a major show of might for its annual Armed Forces Day as the death toll since the 1 February coup climbed to at least 423, according to a local monitoring group.

The United States, Britain, Japan and Australia were among the 12 countries who penned a joint statement to condemn the Myanmar military’s use of lethal force against civilians.

“A professional military follows international standards for conduct and is responsible for protecting – not harming – the people it serves,” the statement said.

We urge the Myanmar Armed Forces to cease violence and work to restore respect and credibility with the people of Myanmar that it has lost through its actions. 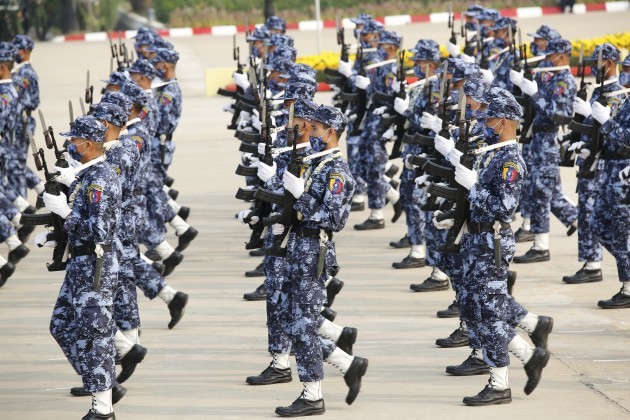 “I call on the Myanmar military to step back from actions designed to consolidate power through fear and brutal violence,” Coveney said.

“They must recognise that their actions are leading the country to further division and instability, with consequences for the wider region.

Ireland continues to stand with the people of Myanmar and will continue to work with our partners in Europe, in the region and at the United Nations, both in the General Assembly and as a Member of the Security Council, to see an end to violence and to bring about a peaceful and democratic solution to this crisis.

He added that Ireland’s embassy in Bangkok is in contact with all known Irish citizens in Myanmar.

The current advice is for Irish citizens to “consider leaving the country by commercial means unless they have an urgent reason to stay”, and anyone in Myanmar with concerns is advised to contact the embassy on +6620161360.