The Englishman is staying on for another two years at least.

YOU GET A sense of Stuart Lancaster’s unfinished business with Leinster when he’s asked how much last year’s Champions Cup quarter-final defeat to Saracens has gnawed away at him since.

“Well… both of them, both of them,” he replies, highlighting that he hasn’t totally moved on from defeat to the English side in the 2019 final either.

Lancaster has helped Leinster to a European trophy, their success in the 2018 final against Racing 92 standing out as the highlight of his time with the province, but a single title isn’t enough for a man of his ambitions. Like everyone around him in Leinster, Lancaster is interested in legacy.

A coach of his reputation would be welcomed with open arms by many other clubs. Indeed, Clermont were interested in bringing him to France to succeed Franck Azéma at the end of this season, but Lancaster is staying where he is having signed a new two-year deal.

Coaching Leinster has been tough for Lancaster and his family. In regular times, he returned home to Leeds on a weekly basis but the pandemic means he was only back twice before Christmas and once since.

“That’s a long, long time not to be with your wife and kids,” says Lancaster.

And yet, there’s no club in Leeds for Lancaster to coach so his profession means being away, whether it involves a flight to Dublin or not. And, importantly, Lancaster wants to be in Leinster. He has become part of the place since arriving in 2016.

“Someone said to me once, ‘The definition of a good environment is that good people want to come and people want to stay longer than they usually would and if they stay, they need to say ‘it’s the best time in my career’.

“I’ll probably stay longer than was in my mind when I first arrived because it’s so hard to leave.” 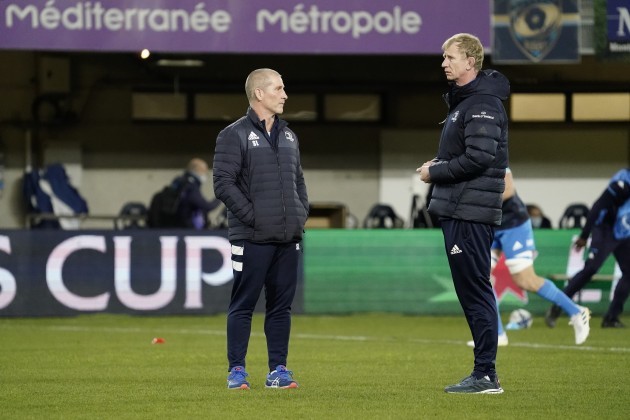 Lancaster and Leo Cullen have formed a strong coaching team.

Lancaster is all about the here and now – which involves taking on Toulon in the Champions Cup round of 16 on Friday night at the RDS, fresh from a fourth consecutive Pro14 title – but it’s hard not to glance further ahead too.

“I can’t help but think about the team that Leinster can have in the future,” he says.

“You know, it’s not like I’m sat thinking, ‘We’ve got players coming to the end of their cycle’. You think about a Robbie Henshaw or a Garry Ringrose or Ciarán Frawley or a Harry Byrne or a Ross Byrne or a Luke McGrath or a Jamison Gibson-Park or Caelan Doris, James Ryan, these guys… they’re the young lads coming through, so there’s no reason why as a team we can’t be at the top end of Pro14 rugby and European rugby.

“The grass isn’t always greener on the other side, I guess, is the moral of the story.”

They were excellent in last weekend’s Pro14 final win against Munster but should have won by more than 10 points, leaving Lancaster and head coach Leo Cullen with plenty to focus on this week ahead of the Toulon clash.

“I thought we got a lot of the approach work right but if you had been in the review this morning, you’d probably have thought we lost really, given the opportunities I showed them that we could have executed,” says Lancaster.

“I think there’s more in us, we can improve on that.” 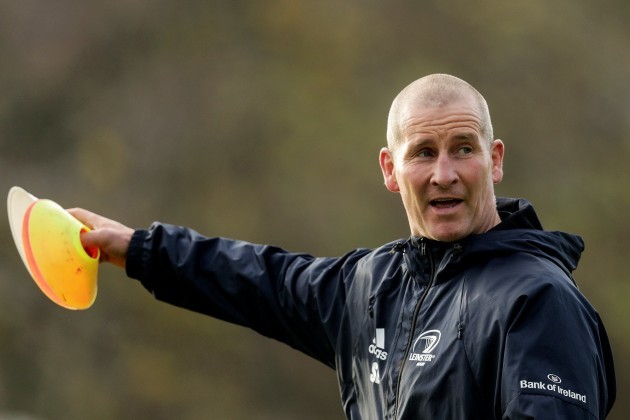 The former England boss delights in being on the training pitch.

Lancaster says Leinster will make changes to their team this week in order to freshen things up, while European rugby also tends to add another layer of sharpness.

The fact that their most recent knock-out game in the Champions Cup was such a miserable experience against Saracens at the Aviva Stadium leaves Leinster with a point to prove.

“To lose in a quarter-final, particularly because we had gone so well in the pool stages again last year before Covid hit, it was really disappointing,” says Lancaster.

“We lost against Saracens because we didn’t win the set-piece battle, we didn’t win the forward confrontations well enough, we weren’t accurate enough in the first half, we gave them belief and a lead that was too hard to claw back in the end.

“It sits in the back of everyone’s minds and the previous year as well. It’s a big motivation but it’s not the motivation. The motivation is Toulon and that’s it. You can’t get distracted by what you did last week against Munster or what happened against Saracens.”