‘He is easily the best player I’ve ever worked with as a manager.’

ST MIRREN MANAGER Jim Goodwin believes Jamie McGrath deserves a call-up to the Republic of Ireland squad on the back of his consistent performances.

McGrath scored his 12th and 13th goals of an impressive season in yesterday’s 3-0 Scottish Cup third-round win over Hamilton Academical.

Ireland are winless in 11 matches under manager Stephen Kenny, and Goodwin – who won one cap for Ireland in his playing days – feels that McGrath deserves a place in the next squad.

He said: “The Republic of Ireland team is crying out for goals and creativity. Stephen Kenny has a hard enough job without me telling him who to pick but Jamie supplies both.

“I think he deserves to be in there ahead of some of the others currently in the squad. He sets the standards in training and if he can keep doing what he is doing he hopefully gets the recognition he deserves from the FAI.

“His first goal on Saturday was outstanding in terms of his technique and his composure. With no disrespect to anyone else, he is easily the best player I’ve ever worked with as a manager.

“All the other players look up to him, not because he’s a shouter and bawler or because he goes flying into tackles, but because of the courage he shows in the way he plays.” 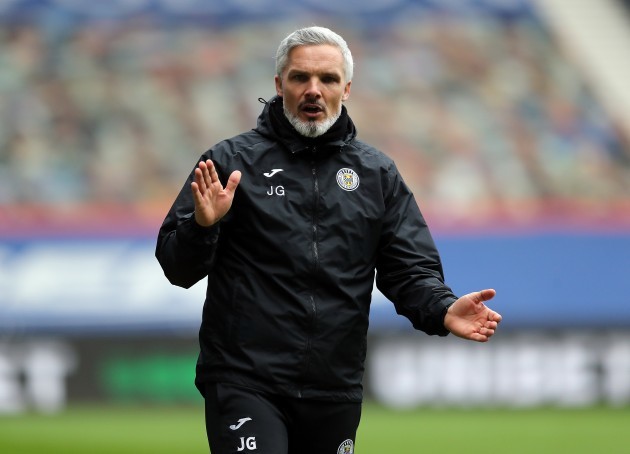 Goodwin also challenged his players to go a step further than they managed in the League Cup this season. St Mirren knocked out Aberdeen and Rangers before being beaten in the semi-finals and their manager hopes they can get back to Hampden Park in the other cup competition.

He added: “I said to the guys before the game you can win a couple of games and you are in the quarter-final.

“If the draw is kind to you then you have the opportunity of getting back to Hampden again. We would love to emulate what happened in the League Cup when we reached the semis and even go a step further if we can.

“The way the competition is, all the motivation is there to go far.”