An injury-ravaged and unproven Ireland side go to Serbia for their opening World Cup qualifier tonight.

SERBIA FAILED TO qualify for Euro 2020 at the end of a fraught, inconsistent campaign, sacked their manager and finally appointed a successor three weeks ago after a months-long saga, are unsure as to who will play and how they will play, and this week saw their FA president resign amid alleged links to an organised crime group accused of kidnap and murder.

It’s a measure of Irish football’s exquisite pessimism, therefore, that we feel Serbia are in the better place going into tonight’s World Cup qualifier in Belgrade.

But then Stephen Kenny is haunted by the grim incantation: eight games without a win; seven without a goal.

Serbia are second seeds in this World Cup qualifying and Ireland are third, so the natural order would see Portugal top the group and qualify for Qatar automatically, with Serbia finishing second and making the play-offs.

Thus they are better than Ireland on paper: Aleksander Mitrovic is deemed fortunate to make their squad having scored two Premier League goals thus far this season. By contrast, Ireland’s top Premier League goalscorers are Aaron Connolly and Callum Robinson, who each have scored…twice. And neither have played since February.

That the squad have only just been introduced to new manager Dragan Stojkovic might offer Ireland some hope, but the grim reality of last year is that Stephen Kenny hasn’t had the chance to build the kind of cohesion that might give Ireland an edge.

No, an abnormal level of disruption across those three grey Autumn windows put paid to that ambition. Kenny lost 14 players to injury, 12 to Covid cases (two of them because of a false positive test), three to suspension and one each to retirement and a family bereavement. The fewest number of game-to-game changes he made was three – twice he had to make six – and he ended the November window with half the players he first named for the games. He has even lost two members of his coaching staff, with Damien Duff and Alan Kelly walking away for different reasons.

And the cosmic misfortune has already struck ahead of these games: Darren Randolph, Caoimhín Kelleher, John Egan, James McCarthy, Jack Byrne, Harry Arter, and Adam Idah would all likely have been included this week had it not been for injury.

Alan Browne said ahead of today’s game the squad are out to prove the doubters wrong in this campaign, but for much of Kenny’s reign it has seemed as if the primary doubters are a few prickly and wrathful Gods.

Kenny’s professional reality is one of rapidly vanishing certainties: he arguably knows less about his best starting team than he did when first starting out. He was so loathe to reveal any clues to his team selection yesterday, you wondered whether he had it picked at all.

Many positions are shrouded in doubt and while Kenny had decided his best back five – Randolph, Doherty, Duffy, Egan, and Stevens – well ahead of his first game, form and injury argue that perhaps only Stevens should start tonight.

Randolph is out with injury and misses a competitive international for the first time since  2015. He will be replaced by Mark Travers, who will make his competitive debut.

Egan’s injury absence is the most damaging of all. Kenny told a supporters’ Q and A that Egan is “critical” to how Ireland want to play, as he showed clips of the defender in action against Slovakia, striding clear with possession and breaking lines with his passing.

Ciaran Clark is in line for a return, but Kenny has a huge call to make regarding whether to pick Shane Duffy. On form and in isolation, omitting Duffy would not be a contentious thing, given he has endured a wretched time at Celtic and hasn’t played since 14 February. 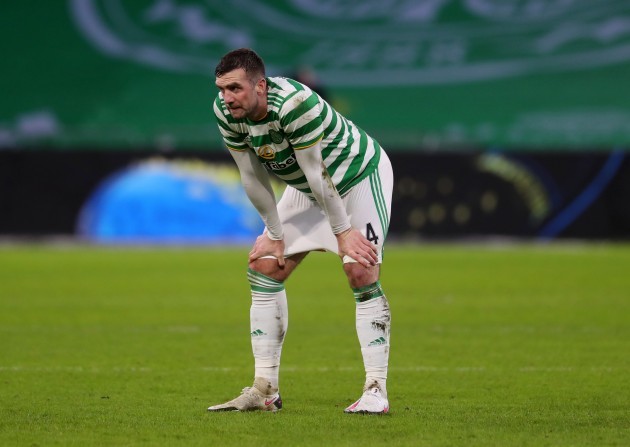 This isn’t a decision to be made in a vacuum, though, given Duffy’s accumulated credit in an Irish shirt, his obvious offensive threat on set pieces, and the fact he has experience of partnering Ciaran Clark at centre-back, which can’t be said for the alternative Dara O’Shea.

Plus, Kenny would be forgiven for wondering how Duffy’s omission might play if Ireland were to lose in Belgrade: leaving him out would be a courageous decision which, as Yes, Minister tells us, is the description given to the kind of calls which lose elections.

O’Shea is favoured among the Irish staff partly for his passing ability – Duff sang his praises in a coaching webinar at the start of the year – and he is probably the closest Ireland have to a like-for-like replacement for Egan, so this will be a fascinating call, one which will show whether Kenny’s idealism and ambitions to dominate possession are surviving the pressure-cooker he finds himself in. The manager says he intends to stick by his principles, yesterday giving thought to a question as to whether Ireland would sit deep and knock the ball long before answering, ‘a clear no on both fronts.”

There’s another call to be made at right-back. Matt Doherty is the incumbent but Seamus Coleman is the form option, while Kenny’s pre-game statement the duo will probably play in the same team “over the course of the week” perhaps a hint it won’t happen tonight.

Ireland’s midfield has depth but lacks a hierarchy, but Jeff Hendrick and Alan Browne are good options while Josh Cullen’s form at Anderlecht might propel him to the starting team.

James McClean and Aaron Connolly are available but “undercooked” says Kenny, though one of them may start to give Ireland some pace. Callum Robinson is likely just as rusty – he hasn’t played for West Brom in almost two months – but Kenny rates him highly so he may be accommodated, with Robbie Brady’s experience and relatively abundant game time possibly earning him a spot on the right of the attack.

But a starting case could be made for much of the squad, which shows the extent to which Kenny’s side lacks an identity. Thus, rather than carrying in come coherence from last year, Kenny is instead lugging all sorts of baggage.

The goalless run is of course the main one: it’s 660 minutes since Duffy scored the only goal of the Kenny regime in Sofia, making it a historic run for all the wrong reasons.

“It’s a conversation we want to stop having”, admitted Kenny yesterday.

There have been a few off-field convulsions since the squad last gathered too, most notably the farrago of ‘Videogate’, which the FAI’s Chairman has admitted was blown out of all proportion.

Seamus Coleman was yesterday moved to deny another newspaper story that emerged at the end of last year claiming he was unhappy at being asked to do a captain’s pre-game press conference for a game in which he wasn’t picked.

“I went to that press conference with absolutely no issues whatsoever”, said Coleman, clarifying Kenny gave him the opportunity to decline the press engagement. “It was actually very disappointing to read something like that about myself when I’ve got a character in the game that plenty of managers would back.”

The extent to which the berserk circumstances mitigate against the performances and results of 2020 is a subjective thing, but Kenny’s reality is that he must break this godawful run of goalless draws and defeats to have something objective to argue in return. 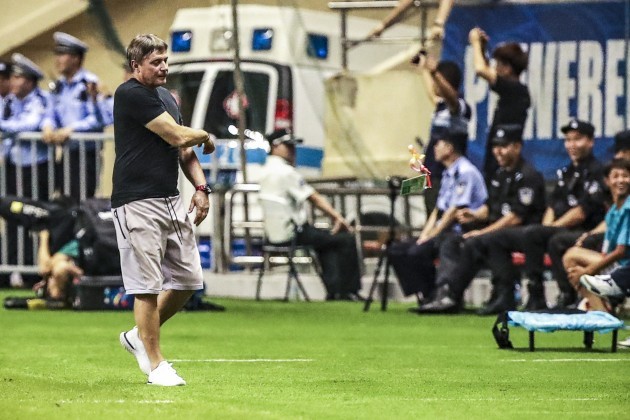 Stojkovic, pictured coaching in China in 2019.

Ireland may be heartened by Serbia’s inconsistency.

They impressed against Norway in the semi-finals of the Euros play-offs before being beaten by Scotland, which Stojkovic has couched in the terms of a national disgrace. Stojkovic last coached in the Chinese Super League with Guangzhou City, and he turned them into a high-scoring side with a porcelain defence, setting a new record in 2019 by conceding 72 goals across 30 games.

There is also an argument to say getting Serbia in their first game under a new coach is a fillip for Ireland given they too may lack coherence, but in Dusan Tadic, Sergej Milinkovic-Savic, Luka Jovic, Dusan Vlahovic and Mitrovic, they have the individual quality to compensate for any lack of understanding.

Ireland simply don’t have that, and so they head to Belgrade to face Serbia on their terms.

Kenny always points to the performance away to Slovakia in the play-offs as proof of what his side can achieve, but it’s a devalued argument this week with five of the starting XI missing from this squad.

Stojkovic has been airing bold thoughts all week, saying he “expects” to win, and Kenny must lament the misspent Autumn for costing him the chance to talk in certain terms. Perhaps Ireland will surprise Serbia and the rest of us tonight; either stealing or earning a win to give everything thus far the sheen of character-building.

From this vantage point, however, those are hopes founded on faith alone.