The pair were granted a retrial earlier this year.

THE KILLERS OF Limerick man Jason Corbett could be freed from jail by a North Carolina court today ahead of a future re-hearing of their case.

Molly Martens and her father Tom may be released on bond at a court hearing in the state today, after a decision to re-hold the murder case was upheld by the North Carolina Supreme Court earlier this year.

The pair were convicted in 2017 of the murder of 39-year-old Jason, who was beaten to death with a metal baseball bat and a concrete paving slab while he slept in his home in Wallburg on 2 August 2015.

The Martens’ pleaded not guilty to the charges and claimed self-defence as the reason for killing the Irish man.

Tom Martens claimed he found Jason choking his daughter, but their trial heard evidence from police and paramedics who attended the killing scene that there were no visible marks on their bodies.

Both are serving 20 to 25-year jail terms in high security prisons in the US. 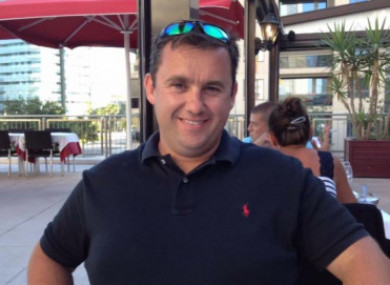 They were granted a retrial after US courts ruled that certain evidence had been excluded and other evidence had been incorrectly included in the original trial, which prevented the pair from presenting a proper defence.

Their case will come before a court in the state again today.

Last week, Corbett’s sister said she was “devastated” by the decision that could potentially see the pair freed.

“We are just devastated, shocked, we just can’t believe it to be quite honest, we did not think it was going to go this way,” she said.

– Contains reporting by David Raleigh. Comments have been closed for legal reasons.