The 28-year-old has previously played abroad when he lined out for Northampton. 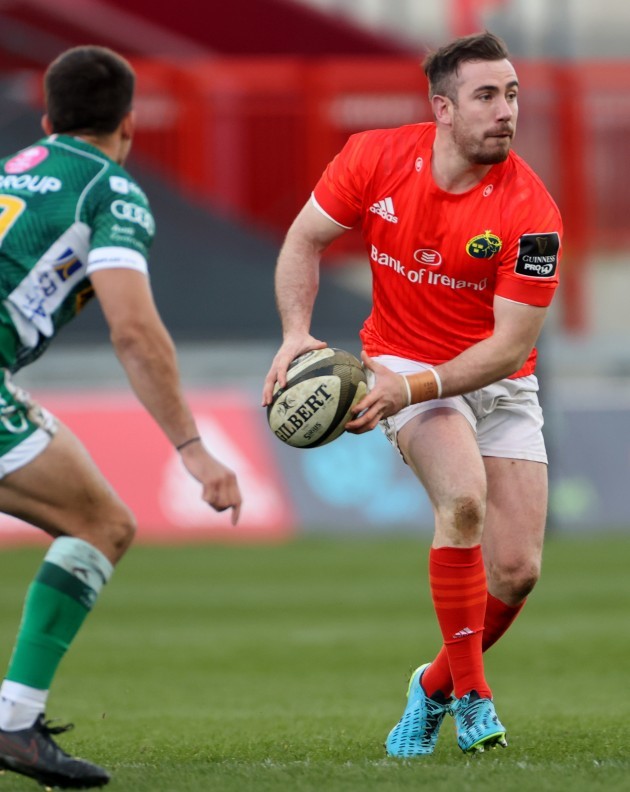 JJ Hanrahan in action for Munster in the Pro14 last week.

The potential switch has been reported tonight in the French media with RMC stating that the Kerry native is poised to join this summer on a two-year deal.

The 28-year-old has previously played abroad when he lined out for Northampton in the Premiership in England between 2015 and 2017.

Story from @JFPaturaud that JJ Hanrahan has signed for Clermont on a two-year deal.

Understand he was offered a new contract in Munster but clearly felt there was better out there.

Clermont-Ferrand is a great spot, amazing rugby fans there too!https://t.co/ePLaprNEx5

He returned to Munster for his second spell after that, making 75 appearances since then for his home province.

Hanrahan featured against Clermont in December, scoring 24 points as a part of a memorable Munster comeback that yielded their 39-31 victory at Stade Marcel-Michelin.

Joey Carbery’s return to fitness has put him in pole position to start at number 10 as Munster’s season enters a pivotal phase with Saturday’s Pro14 final against Leinster and their last 16 game in the Champions Cup against Toulouse the following Saturday.

Youngsters Ben Healy and Jack Crowley has also emerged to add further competition to the Munster ranks in that area.