The junta warned there could be further deaths if resistance continues. 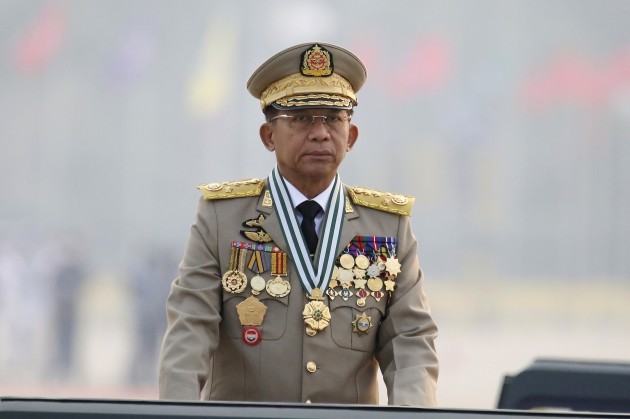 MYANMAR’S MILITARY REGIME HAS staged a major show of force for its annual Armed Forces Day parade, as the junta struggles to quell widespread protests against its rule weeks after seizing power.

The country has been in turmoil since the generals ousted and detained civilian leader Aung San Suu Kyi last month, triggering a major uprising demanding a return to democracy.

Violent morning crackdowns by security forces thwarted some plans for fresh protests that had been called in some cities to coincide with the parade in the capital Naypyidaw.

But he also issued another threat to the anti-coup movement that has gripped the country since he took charge, warning that acts of “terrorism which can be harmful to state tranquillity and security” were unacceptable.

“The democracy we desire would be an undisciplined one if they pay no respect to and violate the law,” he said.

Armed Forces Day, which commemorates the start of local resistance to the Japanese occupation during World War II, usually accompanies a military parade attended by foreign officers and diplomats.

But the junta has struggled to achieve international recognition since taking control of Myanmar and said that only eight international delegations attended Saturday’s event, including China and Russia.

Fears have swirled that the day could become a flashpoint for more unrest.

Security forces cracked down on demonstrators in commercial hub Yangon before dawn, while police and troops opened fire on a rally by university students in the northeastern city of Lashio.

“The army and the police just came and shot them. They did not give any warning to protesters and they used real bullets,” local journalist Mai Kaung Saing told AFP. 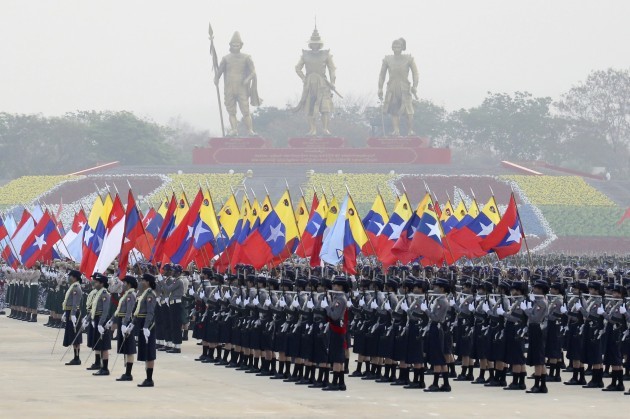 But protesters elsewhere returned to the streets, including in the second-largest city Mandalay, where crowds carried Suu Kyi’s party flag and flashed the three-finger salute that has been adopted as a symbol of resistance to military rule.

Security forces have increasingly cracked down with lethal force on demonstrations against the coup in recent weeks, using tear gas, rubber bullets and live rounds to break up rallies.

A message broadcast on state television warned young people not to participate in what it called a “violent movement” against the military regime.

“Learn the lesson from those who have brutally died… do not die for nothing,” it said.

Nearly 330 people have died in demonstrations against the coup – including a large number killed by direct headshots from security forces– and more than 3,000 others have been arrested, according to the Assistance Association for Political Prisoners monitoring group.

The protest movement has also included widespread strikes by civil servants, which have brought many basic government functions to a halt.

This has infuriated authorities, who arrested people suspected of supporting the movement, often in night raids on homes.