Troubles with the deadly coronavirus in North Korea may be worse than expected after the country publicly reported its first suspected case of Covid-19 and the complete lockdown of an entire city. 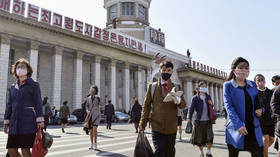 North Korea’s battle with Covid-19 took a dire turn on Sunday when Kim Jong-un ordered the implementation of a “maximum emergency system” aimed at fighting the coronavirus after a defector displaying symptoms of the virus allegedly crossed the border into the country on July 19.

Kim also ordered the large border city of Kaesong to be completely sealed off as the defector is believed to have passed through the area.

Even though the government has only alluded to one official Covid-19 case publicly, the fact that one of the country’s major cities has been completely closed off could potentially point to a much larger outbreak than a single, isolated case.

Another tell-tale sign has been the government’s continuous efforts in enforcing coronavirus containment measures. The country’s borders – including that of its main trade partner, China – have remained closed for months and reports of increased border inspections remain frequent as part of the government’s aim to prevent the spread of the virus.

The continued border closure is particularly significant since it has apparently resulted in a serious setback for the economy. In particular, Asiapress reported citing sources in the country that several areas of North Korea have witnessed increased levels of child poverty and people forced into beggary as they lost their jobs.

Adding to the assumption that the coronavirus situation is probably of a greater scale than just one suspected case is the Politburo meeting Kim Jong-un presided over earlier this month. That meeting was completely focused on the coronavirus situation. At the time, Kim said the country managed to prevent the virus entering its territory. However, he also described the country’s containment efforts as a “matter of national existence.”

Only national priorities are discussed at such meetings and for that one to be completely focused on just one issue is rather telling. That is especially the case given the presence of Kim at the gathering when official statistics put the number of infected to zero.

The timing of the announcement of the first suspected case could also play a role.

Reports have indicated that the country has been dealing with Covid-19 cases for months. It is therefore possible that the timing has to do with the country’s inability to deal with the amount of cases they currently have. Due to the border closure, medicine shortages have likely become an increasingly serious problem and it’s possible the country is running out of ways to treat the sick. Pyongyang may have chosen to make this public now in order to have an excuse to receive foreign medical aid.

Besides the timing, the choice of case to make public is also eye-catching. Since the first suspected Covid-19 case in North Korea is said to have come from a person who crossed into the country from South Korea via the North-South border, it could provide Pyongyang with a chance to blame a possible future internal Covid-19 crisis on external factors.

Such a move would allow the country to start publicly sharing virus statistics and possibly receive aid through the World Health Organization or NGOs. This would, in turn, help ease the already severe economic burden the country is currently enduring.

Moreover, South Korean President Moon Jae-in had previously said the Covid-19 crisis could “be a new opportunity for inter-Korean cooperation,” so a spread of the virus in the North may even end up somehow easing the recent tense vibes between both nations.

Whether the case of the defector turns out to be true or not, it is likely that Covid-19 cases in North Korea not only exist but are spreading. If the country is to beat the virus, it will undoubtedly need help from the outside world. And that might be the exact reason why Kim is choosing to speak out now. 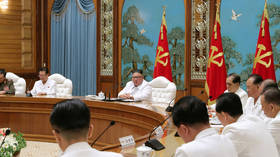