Pedro Lopez: who is he and where is he now?

Pedro Lopez, despite being one of the world’s most notorious serial killers, is not currently imprisoned.

The story of the Colombian killer takes him on a bizarre tour of South America.

Pedro Lopez, also known as the “Monster of the Andes,” is a Colombian serial killer.

Lopez is thought to have started killing after a traumatic incident while incarcerated.

Lopez was arrested and sentenced to seven years in prison for auto theft in 1969.

Three inmates gang-raped him while he was in prison.

To exact vengeance, he fashioned a shiv and slaughtered all those who had wronged him.

Because the local police determined that this was an act of self-defense, he only received a two-year extension to his sentence.

Lopez began his crime spree after his release in 1978, rapping and murdering young girls all over Colombia, Ecuador, and Peru.

Four of his victims were discovered in a flash flood near Ambato, Ecuador, in 1979.

Lopez attempted to abduct Maria Poveda, a twelve-year-old girl from Ambato, as the victims were being discovered, but was stopped by her mother.

Other women attempted to assault Lopez, but he was “rescued” by local authorities and arrested as a result.

The exact number of people killed by Pedro Lopez has never been revealed, and different media outlets have reported it differently.

In 1980, he was found guilty of the murders of 110 people and sentenced to life in prison.

Lopez is thought to have confessed to a total of 240 murders after one of his graves was discovered by a flash flood.

Lopez is still on the loose after being released from prison for good behavior in 1994.

He was arrested as an illegal immigrant and deported to Colombia shortly after his release.

Lopez was tried in Colombia for a second murder, which matched his pattern of operation.

The trial, which took place in 1995, declared him insane, and he was committed to a mental institution until 1998, when a second evaluation found him to be sane and he was released.

He was released on a (dollar)50 bond and instructed to report to the police on a monthly basis, which he never did.

His whereabouts are unknown if he is still alive.

Lopez was wanted by Interpol for a new murder in 2002, but the agency was unable to locate him.

He is second only to Luis Gavarito, a Colombian serial killer who targeted young boys, as one of the most notorious serial killers of all time. 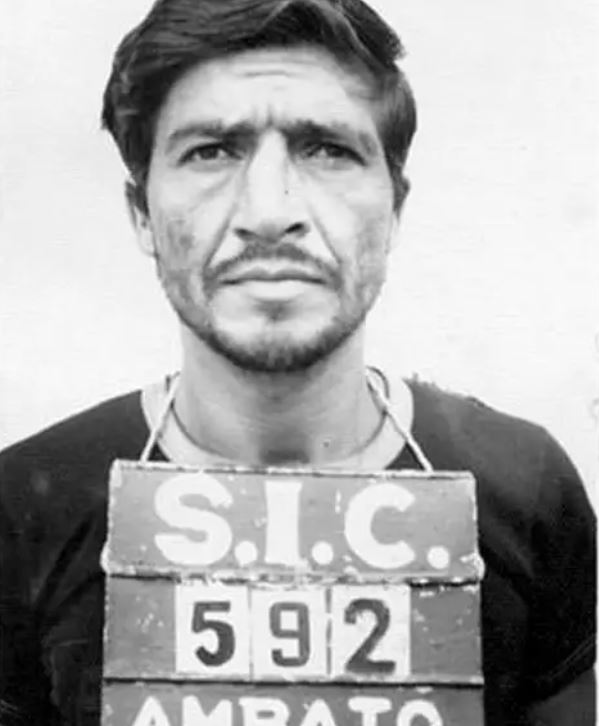