The British government is announcing on Wednesday tough new lockdown restrictions on social gatherings across England as it wants to prevent a second coronavirus wave. 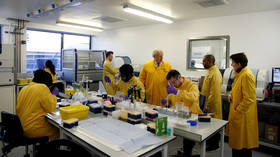 From September 14, groups of more than six people will be banned from meeting and fined if they fail to comply. “We need to act now to stop the virus spreading,” Prime Minister Boris Johnson said on Tuesday. “So we are simplifying and strengthening the rules on social contact – making them easier to understand and for the police to enforce.”

The new rules will not apply to households, workplaces, or schools, and there will be exemptions for weddings, funerals, and some organized team sports. Scotland, Wales, and Northern Ireland will set their own lockdown policies.

The previous limit on the number of people who could socialize together was 30, but the number of cases in Britain has begun to rise sharply again in recent days.

On Tuesday, 2,460 new infections were reported, and there were 2,948 on Monday and 2,988 on Sunday – a sharp rise from levels of around 1,000 per day in August. The new cases are largely attributed to high transmission among young people.

The government fears the situation is beginning to slip out of control, even though testing is more widespread and the number of people in hospital is well below the peak of the outbreak.

A top World Health Organization official warned on Tuesday that “there are going to be more spikes and indeed some surges of cases” in the UK. The virus “hasn’t changed,” said David Nabarro, the WHO’s special envoy for the global coronavirus response. However, the official said he didn’t “like it calling it a second wave.”