The probe into the ‘novichok’ death of Dawn Sturgess in Amesbury should be expanded to look at the Russian government, but an actual trial is unlikely to happen, two UK high court judges have admitted in a ruling. 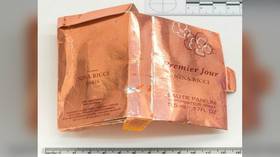 Sturgess, 44, died in Amesbury in July 2018, four months after the alleged chemical attack on Sergei and Yulia Skripal in nearby Salisbury, which the UK government said Russia was “highly likely” to have been responsible for. While the Wiltshire coroner said the investigation would look into the culpability of two alleged Russian spies, her family pressed to expand it to the Russian government as well.

On Friday, two judges at the High Court in London ruled there was “acute and obvious public concern” over the alleged assassination by Russian agents with a prohibited nerve agent, sending the case back to the coroner. Their decision summarized the “belief” of the UK government that Alexander [sic]Petrov and Ruslan Boshirov used the nerve agent and acted on behalf of the Russian government, but it noted that evidence to that effect has yet to be presented.

There has been, and (to be realistic) there will be, no criminal trial in which the details of how this appalling event came to occur can be publicly examined.

The official narrative presented by the court notes that Petrov and Boshirov were in Salisbury on March 4, the same day the Skripals and Police Constable Nick Bailey fell ill from what the authorities say was the military-grade chemical nerve agent. The controversial internet sleuth shop Bellingcat claimed that Petrov and Boshirov were agents of Russian intelligence.

Likewise, it remains a complete mystery how either of them could be related to the sealed perfume bottle that Sturgess used on June 30 in Amesbury, some eight miles north of Salisbury. Charlie Rowley, Sturgess’ partner, found the sealed bottle in a charity shop bin and gave it to her as a gift. “He said it was sealed in hard plastic and he had to use a kitchen knife to get to it,” the judges noted.

“It can’t possibly be the same bottle that was used on the Skripals. They empty the bins regularly,” Rowley told the Guardian in June 2019.

Yet the court agreed that the death of Sturgess was related to the alleged attack on the Skripals, saying they “cannot see, with respect, why it makes any difference whether the lapse of time was four days, four weeks or four months.”

Lawyers for Sturgess’ family argued the bottle may have been “deliberately” left behind as part of a campaign to undermine security in the UK. They also claimed it was “inconceivable” that the two alleged Russian agents operated in “a bubble” and that their operation must have been authorized by the Russian state, and possibly even President Vladimir Putin himself.

Moscow has repeatedly denied any involvement in the alleged attack on the Skripals, pointing out that the nerve agent could just as easily have come from the nearby Porton Down chemical laboratory operated by the UK government, and that no evidence was ever presented to substantiate any of the conspiracy theories the government of then-PM Theresa May treated as established facts.

The High Court’s decision comes just days after a parliamentary commission accused Russia of meddling in UK politics, including the 2014 Scottish independence referendum, the 2016 Brexit referendum and the 2019 elections, but offered no evidence to support the claim.