UK rapper Wiley is being investigated by the police and has been dropped from his management label following a bizarre outburst in which he posted a series of anti-Semitic tweets that sparked fierce backlash. 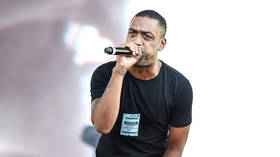 The grime artist ignited outrage when he posted a deluge of tweets about Jewish people on Friday and Saturday, saying they are the “real enemy” who want to “rob us blind,” and comparing them to the Ku Klux Klan.

“Jewish would do anything to ruin a black man’s life but it won’t work with me I am a savage,” he said in one of the posts. He also told the Jewish community that Israel is “not your country.”

We have received a number of reports relating to alleged anti-Semitic tweets posted on social media. The Met takes all reports of anti-Semitism extremely seriously. The relevant material is being assessed.

Tower Hamlets Police in London said it is assessing the “relevant material” after receiving a “huge” number of reports of alleged anti-Semitic tweets.

Things went from bad to worse for the rapper after the outburst. Earlier, Wiley’s manager, John Woolf, tweeted that A List Management have “cut all ties” with him, saying, “there is no place in society for antisemitism.” However, Wiley, whose real name is Richard Cowie, disputed this claim on Instagram, saying it was he who cut ties with Woolf.

Twitter and Instagram are being called on to remove Wiley’s accounts, which have over 940,000 followers combined. He said Twitter temporarily suspended him after his rant, but that he was “back in action” on Saturday, when he continued to tweet similar claims. He then posted on Instagram that he had received a seven-day Twitter ban. Some of his posts have now been removed for violating Twitter’s rules.

“If we identify accounts that violate any of these rules, we’ll take enforcement action,” a Twitter spokesperson told the Guardian. “This account has been temporarily locked for violating our hateful conduct policy.”

CAA calls for prosecution, revocation of MBE and closure of @Twitter and @Instagram accounts of musician @WileyCEO over unhinged incitement against Jewshttps://t.co/GL8QBfq78g

The Campaign Against Antisemitism said it reported Wiley to the Metropolitan Police, asked Twitter and Facebook to shut his accounts, and said it will contact the Cabinet Office to ask for his MBE (Member of the Most Excellent Order of the British Empire) to be taken away.