After nearly 60 straight nights of violence, business owners in Portland are sick and tired of riots. But as their stores go under, the coastal media treats the rioters to glowing coverage and city authorities do nothing. 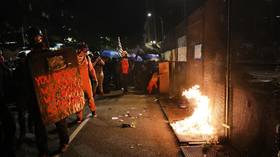 Portland is a liberal stronghold, and as ‘Black Lives Matter’ protests fizzle out around the country, anger remains at boiling point in the Oregonian city. The protests there have not been all banner-waving and slogan-chanting affairs though. Instead, droves of ‘Antifa’ types have laid siege to the city’s Justice Center for almost 2 months, tearing down barricades, lobbing fireworks, setting fires and stabbing each other.

Most of those involved in the riots would probably say they’re fighting police brutality or fascism, or something of the sort, but besides those injured in that fight there are other victims of the unrest – local business owners have repeatedly complained about the riots to the local media.

In articles published every few days, these store owners, barmen and restaurateurs describe how the riots have driven them to the brink of bankruptcy. One clothing store manager told Oregon Live on Saturday that within days of coronavirus restrictions being lifted, he reopened his family’s store, only to watch rioters trash the premises in late May, days after the killing of George Floyd kicked off the season of unrest.

Other business owners told the news site that the city’s usually vibrant downtown is “desolate,” with tourism down and even locals giving the city center a wide berth. One bar owner shut down his watering hole in early July, after closing out one day with only $18.75 in sales. 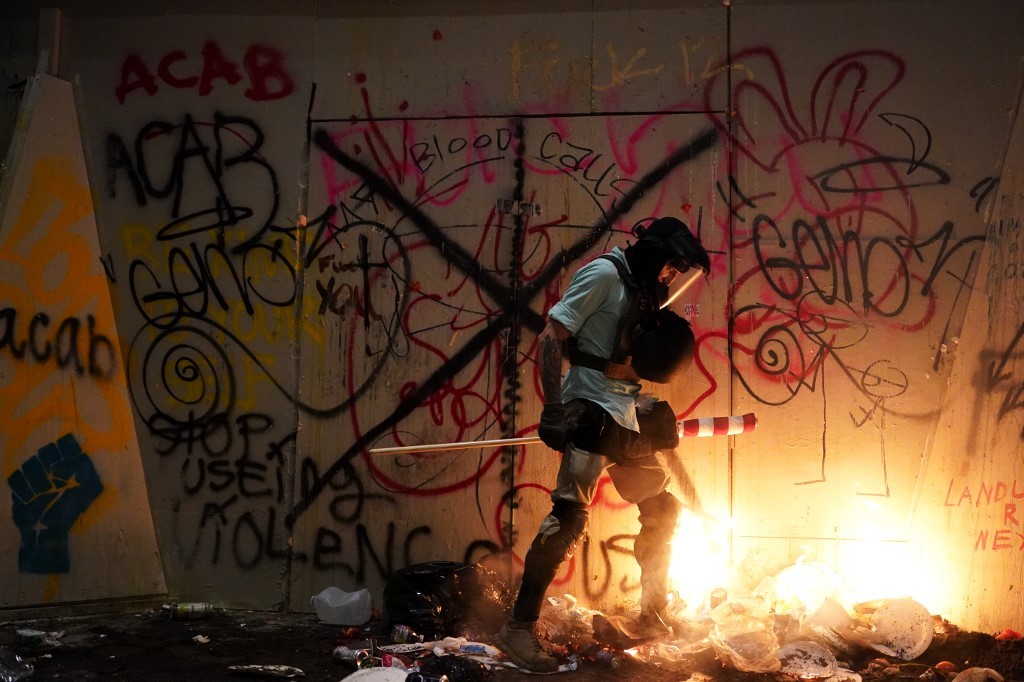 “We work very hard to build our businesses and be successful and employ people, and when they come in and destroy it by breaking the window and everything else, we’re the ones who have to pay for that,” one Subway franchise owner told another local news outlet last week.

The police, he said, “haven’t been in touch” in the two months since.

The damage is not just limited to broken windows. A jewelry store in downtown Portland was robbed in late May, with looters taking nearly a million dollars worth of jewelry. According to the family who own the store, nobody from the city or state has reached out to them.

Mayor Ted Wheeler has pinned the blame for the riots squarely on the federal agents sent in by President Trump three weeks ago to deal with the “anarchists and agitators.” Wheeler claimed last Sunday that “before the federal troops got here, violence was way down, vandalism was way down,” even though the courthouse had been lit on fire days before their deployment, and police had declared three riots in the week beforehand.

When Wheeler went downtown on Wednesday to hold a “listening session” with protesters, he was heckled and called a “fascist,” before his own security team whisked him away. Nevertheless, he has remained insistent that any restoration of order begins with the withdrawal of federal agents.

While local news tells tales of shuttered stores and bankrupt businesses, national media outlets describe the violence in Portland as a good vs. evil showdown between protesters and federal “stormtroopers.” As store owners told their stories to local media, the New York Times ran an article last week celebrating the “diverse elements” taking part in the protests. The “mothers in helmets,” and “anti-fascist activists” are “largely peaceful,” the paper wrote, describing how they have been “galvanized” by the “militarized” feds on the streets.

The Washington post was even more effusive in its praise, describing the feds’ use of tear gas as a “chemical weapon,” and honoring the moms, dads, teachers and healthcare workers who refuse to disperse and willingly stride into the choking fumes. The motives of the protesters – beyond vague demands for “racial justice” – are never explained, but the Post painted a truly heroic image of one man using a leaf blower to fire gas back at the agents. 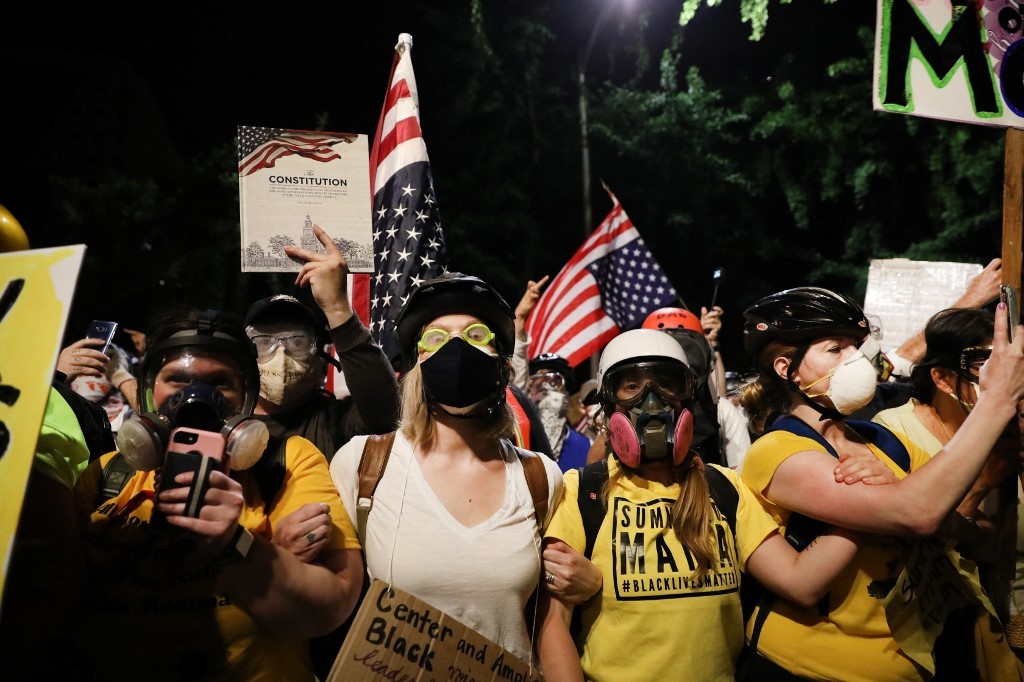 “A man with a leaf blower strapped to his back snuffed out a lit cigarette and sighed. ‘Well,’ he said to himself. ‘Time to get gassed again.’ He revved up the machine, adjusted its straps and marched forward into the gathering fog,” the Post gushed in epic fashion.

The Washington Post’s story ends as the brave blower walks into the maelstrom like a doomed war hero of old. But when the sun rises and the smoke clears, it’ll be regular Portlanders sweeping away the trash, scrubbing the graffiti, and living with the consequences of an activist movement that many say has long forgotten why it started.

These citizens may be left on their own for some time by both state and federal officials, if the experience elsewhere is anything to go by. After authorities in Minneapolis ordered their police to stand down and allow rioters to trash the city in May, Minnesota Governor Tim Walz asked the Trump administration for up to half a billion dollars in aid money. The request was denied, and residents of the riot-stricken city were left to patch up their looted, broken and burned businesses as best they could.