Twitter has left its users in the lurch yet again, rolling out a voice-to-tweet feature no one really asked for that allows people record and post 140 whole seconds of sound-only content. The responses were less than enthusiastic. 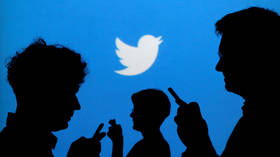 It’s not clear when, if ever, the feature will be bestowed upon Android users – perhaps they’ll be forever consigned to Periscope, the Twitter-linked live feature which allows much longer posts featuring audio AND video.

Tweets with audio are rolling out on iOS and we only have one thing to say about it pic.twitter.com/CZvQC1fo1W

The company even tried out the feature themselves, posting a tweet of…bird sounds.

The responses were not quite ecstatic. “Tweets with audios? You mean a video?” one uncomprehending user tweeted, perhaps unsure what the fuss was all about.

Yeah sure let the hackers out there get your voice. So when the credit card or bank calls asking if you opened that account or applied for that loan they splice and dice and get the YES they need. HELL NO!!

Some accused Twitter of discrimination against Android users, while others countered it was better to wait and have iOS users absorb whatever bugs would undoubtedly be lurking in the voice-tweet feature.

Many reminded Twitter staff that there’s a laundry-list of features users actually want – so, why make a show of unveiling features that resemble existing capabilities?

Edit tweets. Bookmark folders. Delete our dms. Stop removing likes and retweets. There are so many better ideas and yall came up with THIS.

Though some were grateful for the chance to give their tweeting fingers a rest.

A few users speculated whether Twitter superfan and US President Donald Trump would latch onto the new feature. The president recently excoriated Twitter for hiding some of his tweets behind warning labels, supposedly for promoting violence – a vague rationale that many pointed out could be applied to everything from cartoons to actual calls-to-arms.