President Donald Trump announced a list of future potential judges for the Supreme Court, including several Republican senators, and called on Joe Biden to release his own list. 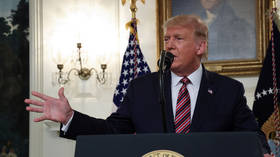 Trump pointed to the need for more conservative judges in the Supreme Court in his Wednesday remarks, citing the threat of a “growing radical movement” that will “fundamentally” change the country.

He later added the Second Amendment and “right to life” are at risk without conservative votes in the Supreme Court.

“Over the next four years, America’s president will choose hundreds of federal judges and, in all likelihood, one, two, three, and even four Supreme Court justices,” he later declared.

Many have pointed to Supreme Court Justice Ruth Bader Ginsburg as a spot that could be replaced in the next four years, as she is 87 years old and has been undergoing cancer treatment.

All three senators responded to the announcement through statements shared on their social media.

It’s humbling and an immense honor to be considered for #SCOTUS. Read my statement here on @realDonaldTrump’s list of potential Supreme Court nominees he announced today he might choose from in a second term.👇 pic.twitter.com/oOjuCHSs80

I’m honored that President Trump asked me to consider serving on the Supreme Court and I’m grateful for his confidence. I will always heed the call of service to our nation. https://t.co/fD10iVx952

I appreciate the President’s confidence in listing me as a potential Supreme Court nominee. But as I told the President, Missourians elected me to fight for them in the Senate, and I have no interest in the high court. I look forward to confirming constitutional conservatives