Two friends on a fishing trip across the English Channel come across two boatloads of migrants and two empty dinghies at the same time.

DURING A CHANNEL TRIP, TWO FRIENDS on a fishing trip got more than they bargained for: two boatloads of migrants and two empty dinghies.

After sailing past two empty dinghies, Billy Williams and Tony Ponicelli came across one boat with 40 people on board.

Then, while waiting for coastguards to arrive and rescue the migrants they had discovered, they noticed a FOURTH boat carrying migrants in the middle of the Channel.

“We’ve all heard about the migrant crisis and how many boats are coming over,” said plumber Billy, 42, “but seeing four in the space of a few hours on a single fishing trip really brings it home.”

“Home Secretary Priti Patel keeps saying she’ll try to stop it, but if we see four in a couple of hours, she’ll have her work cut out for her.”

Billy, from Barfrestone, Kent, and Tony, 52, had rented the boat earlier this month to go on a Channel fishing trip after Covid had barred them from doing so for over a year.

They left Dover harbour on a clear, calm morning for a day of fishing and discovered one empty dinghy littered with trash, lifejackets, clothes, and food within half an hour.

Minutes later, they came across another empty dinghy, where they discovered more debris, including a Manchester United shirt, as they headed further out to sea and towards fertile fishing waters in the mid-Channel.

Then, to their surprise, they saw another boat, this time full of migrants, waving and shouting at them, pleading to be rescued.

“We couldn’t believe it,” Billy said, “although thinking about it, after finding two empty boats, it was always a given that we’d find a full one, and as we spotted this one, we could see another on the horizon.”

“There were about 40 people onboard, mostly men, waving and shouting ‘Help’ at us, but there was nothing we could do because if we had gone alongside, we would have been swamped and we weren’t big enough.”

“All we could do was call the coast guard and wait for them to send a boat out to pick them up; to be fair, they were there pretty quickly, so we didn’t lose too much fishing time.”

“It was just such an incredible thing to see because these boats are so small, and there are ferries and container ships going up and down the Channel, and they’re so hard to spot.”

“We saw a boat taking in water, and they were using…” 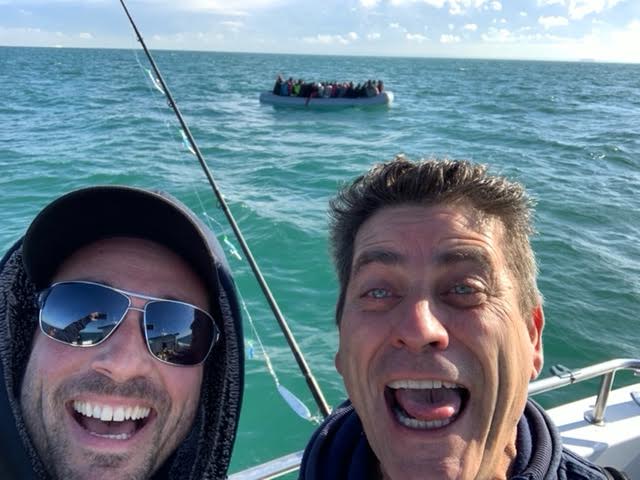 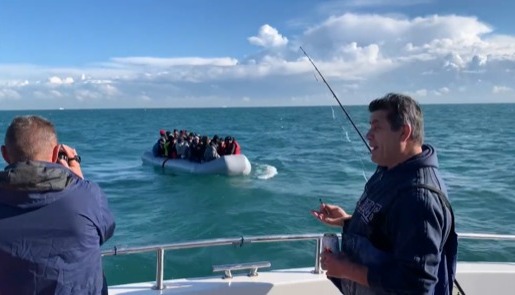 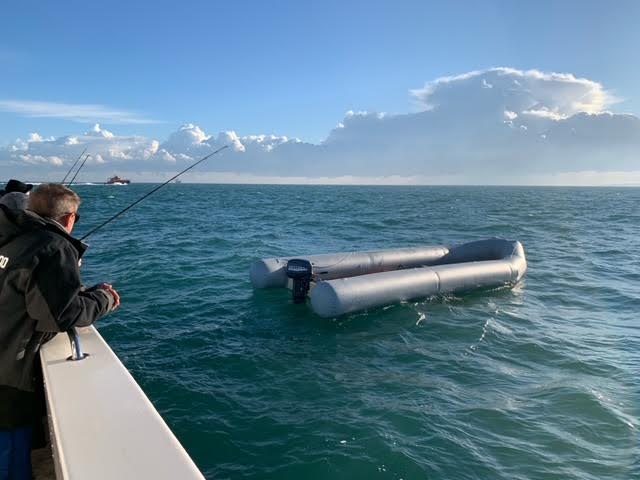 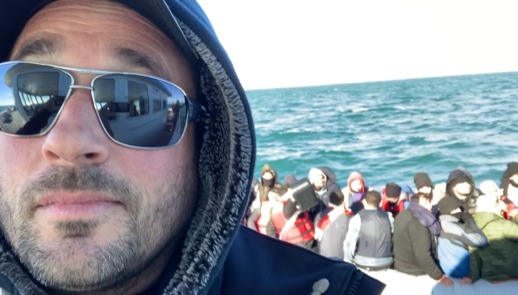 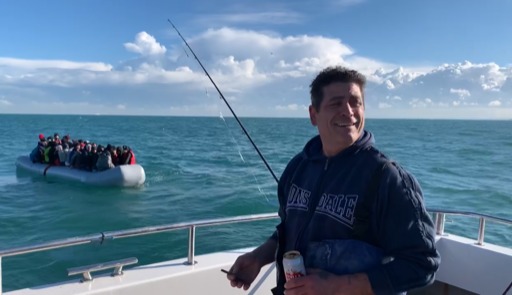