The United Kingdom could be facing a potential third wave of Covid-19, top government adviser Mark Woolhouse has warned. But he cautioned that lockdowns should not be viewed as a long-term solution to the virus. 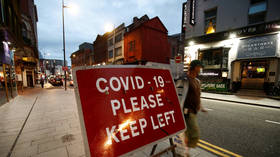 Woolhouse, a member of the Scientific Advisory Group for Emergencies (SAGE), told BBC’s Andrew Marr on Sunday that another Covid-19 case surge could be on the horizon, even as the government scrambles to contain an alleged “second wave” of the disease.

It’s “entirely possible” that there could be a “third wave” of the illness, the scientific adviser said when asked about its likelihood.

He stressed, however, that stay-at-home orders and other restrictions on movement would not spare the country from more coronavirus cases.

“All a lockdown ever did was defer the problem … It doesn’t actually solve the problem in the long-term. It doesn’t make the virus go away,” Woolhouse noted.

He also called for more realistic expectations about a potential vaccine, arguing that even if a Covid-19 vaccine was developed in the next six months, it was unlikely that it would be ready to be rolled out to the public at that stage.

Citing a rise in daily cases, the UK has imposed local lockdowns, ordered pubs and restaurants to close by 10pm, and has even prohibited social gatherings of more than six people. Steep fines have been threatened against those who violate the measures.

However, the surge in newly-detected cases has not corresponded to a spike in deaths, suggesting that an increase in testing has simply identified a larger number of mild infections among the population. UK Health Secretary Matt Hancock claimed earlier this month that the number of hospitalizations for coronavirus has doubled every eight days, but this figure has come under considerable scrutiny.

Recent studies, as well as research conducted by SAGE, have linked lockdown policies to thousands of excess deaths. According to the government’s own estimate, up to 75,000 people could die as a result of measures put in place to contain the virus. 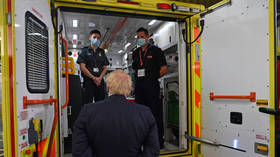