After a day’s reprieve, the Supreme Court has cleared the way for the first US federal executions in 17 years to proceed as planned, overturning a federal judge’s order. Four convicts are slated to receive lethal injections. 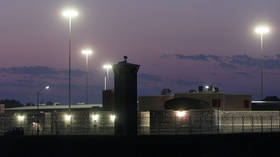 The early Tuesday ruling by the Supreme Court removed the hold issued on Monday by Tanya Chutkan, a federal judge in Washington DC, which ordered a delay of the four executions to allow a legal challenge over a new lethal injection procedure to be examined.

Convicted murderer Daniel Lewis Lee was scheduled to receive a lethal dose of pentobarbital at the US Penitentiary in Terre Haute, Indiana on Monday, becoming the first person to be executed by the federal government since 2003.

It was not immediately clear when the Department of Justice would reschedule this and three other procedures after being given the green light by the Supreme Court. Two other executions were set to take place this week, and another in August.

Some US states use capital punishment regularly, but a de-facto moratorium has been in place on the federal level.

The Trump administration has been pushing for the renewal of federal executions, but this has been undermined by various legal challenges and a refusal by drug manufacturers to supply their products, amid an EU ban on selling substances for conducting executions. The US government changed the previous three-drug lethal injection protocol as it tried to overcome the stumbling blocks.

A federal appeals court in Washington earlier refused to step in, prompting the Supreme Court to vote 5-4 in favor of allowing federal executions to proceed as planned. The vote went along political lines, with the five conservative justices voting in favor and their four liberal counterparts dissenting.