White House economic adviser Larry Kudlow has said that more stimulus checks are coming, along with an extension of the current eviction moratorium. However, he was slammed for claiming that all is well with the US economy. 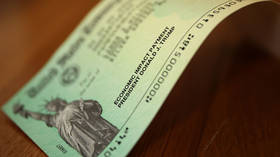 The $1 trillion bill will include another round of stimulus checks – to the tune of $1,200 per person, Kudlow told CNN on Sunday. In addition, the relief bill will extend unemployment benefits, provide funding for schools to reopen, and allocate $16 billion for coronavirus testing.

Senate Republicans plan on introducing the bill on Monday, after squabbling with their Democrat colleagues on whether or not to extend the $600 weekly supplement to state unemployment checks that expired on Saturday. At present, it is likely that the supplement will be extended, though at a possibly lower rate.

Critically, Kudlow told CNN’s Jake Tapper that a federal eviction moratorium, which expired on Friday, will be extended. The moratorium shielded some 28 million American renters from eviction over the last four months, according to research from one activist group.

“People are worried about being evicted,” Tapper said, to which Kudlow replied: “We will lengthen the eviction [moratorium].”

Tapper cheered Kudlow’s statement, calling it “good news.” Indeed, if the moratorium is extended, millions of renters will breathe a sigh of relief at the news that they won’t suddenly become homeless.

But Kudlow also faced some criticism for his insistence that the American economy is recovering from its pandemic-induced slump, even as unemployment remains above 10 percent and 32 million Americans remain on government benefits.

“I don’t think the economy is going south,” he said. “I think it’s going north. Apart from Texas, Arizona and Florida and California… the picture is very positive.”

Kudlow cited a range of indicators: figures from the housing, retail, auto, and manufacturing sectors that suggest a recovery, as well as new business applications and falling jobless figures (though sources for these figures differ). However, many weren’t seeing the same picture.

“People want to go back to work,” Tapper said. “It’s not safe for them… that’s going to be the problem with schools in the fall. It’s the problem with people reluctant to get on airplanes.” Still, Kudlow maintained that “the dynamic here is very positive.”

“In other words,” one commenter wrote, “Marie Antoinette is looking really good except she’s missing her head.”

Trump liar Larry Kudlow says the U.S. is doing very well on Covid-19 except for Texas, Florida and California. In other news, Marie Antoinette is looking really good except she’s missing her head. pic.twitter.com/BOjCniH4vS

Larry Kudlow has a track record of being disastrously wrong, so of course he’s back on CNN … https://t.co/o6Ys4bjw3f

To date, more than 4.3 million cases of Covid-19 have been recorded in the US, more than any other country in the world. Nearly 150,000 people have died. While daily deaths are still significantly lower than they were at the beginning of May, new cases have surged since mid-June, two weeks after ‘Black Lives Matter’ riots and anti-lockdown protests brought crowds of people into the streets nationwide. 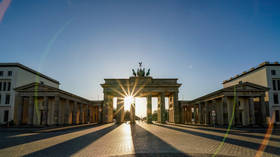