Who leaked the video of Ahmaud Arbery?

After Ahmaud Arbery was shot dead while jogging in South Georgia, three men were found guilty of murder.

Bryan captured the incident on his cellphone camera, and the video of Arbery’s death went viral months later.

Gregory McMichael was found to have shared the footage.

He gave the viral video to a local radio station in the hopes of clearing his and his son’s names.

Alan Tucker, a friend of the McMichaels, previously stated that he was the one who leaked the video showing what happened in order to “prevent a riot.”

Arbery is first seen jogging down the street in the shocking footage.

The path is then blocked by a white pickup truck.

Before a shot is fired, Arbery can be seen running around the vehicle.

Two more shots are fired after the 25-year-old and another man appear to scuffle.

Before he collapsed, Arbery was shot three times in the chest, once in the hand, and once more in the chest.

Despite the fact that Gregory McMichael leaked the video in an attempt to clear his name, the clip resulted in the arrests of McMichael, his son, and a friend after the Georgia Bureau of Investigation took over the case from local cops.

Arbery was jogging through Brushwick, Georgia, when the trio approached him, claiming he was a suspect in a series of alleged local break-ins.

The McMichaels allegedly followed him in their white pickup truck, armed with a pistol and shotgun, to make a “citizen’s arrest.”

All three were put on trial in November 2021, and after 10 days of testimony, a jury found them guilty.

Travis was charged with malice murder, four counts of felony murder, two counts of aggravated assault, false imprisonment, and criminal attempt to commit a felony, all of which he was found guilty of.

Gregory was found guilty of four counts of felony murder, two counts of aggravated assault, false imprisonment, and criminal attempt to commit a felony after being found not guilty of malice murder.

Felony murder and aggravated assault were found to be charges against William Bryan.

“You can’t claim self-defense if the aggressor is unjustified,” Georgia prosecutor Linda Dunikoski said in her closing statement.

“It wasn’t Ahmaud Arbery who started it.”

She went on to say that the three “had no badge, no uniform,… 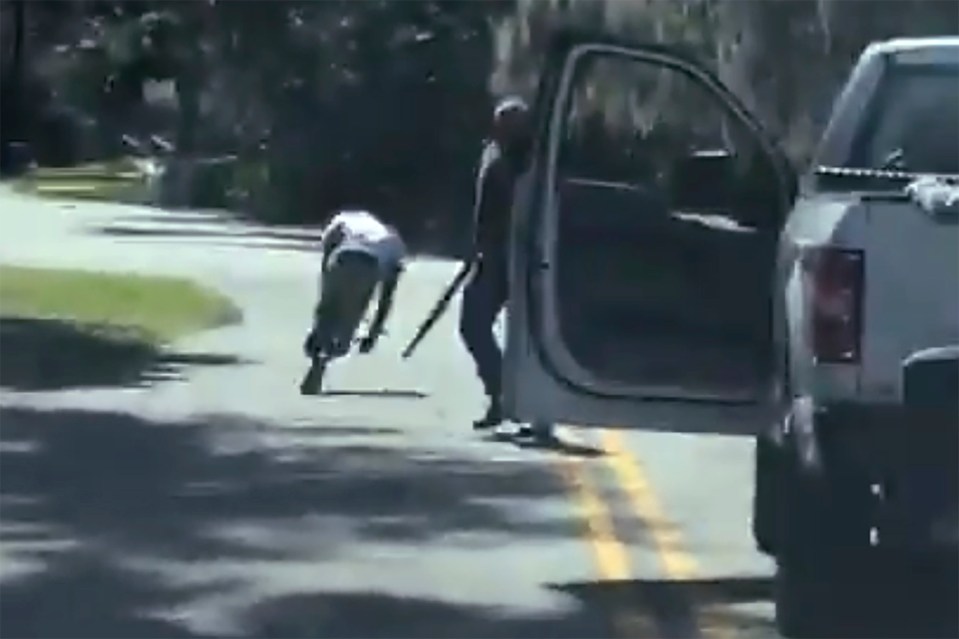