MIR WËLLE BLEIWE wat mir sinn, you’ll doubtlessly already know, is the national motto of Luxembourg, translating as “We want to stay what we are.”

It’s a statement of Luxembourg’s independence from its imperial neighbours, while also usefully serving as a contrived segue into talking about Stephen Kenny’s Republic of Ireland, who are still seeking a nation’s conviction having decided they definitely do not want to remain what they were.

So much of what has happened under Kenny’s reign has thus far been seen through the prism of his bold early cries of revolution, with reaction to every team selection, performance and result cast as a referendum on the manager.

There has clearly been some progress made thus far under Kenny – Ireland had good spells of possession away to Slovakia and Serbia, somehow failing to score in Bratislava and scoring twice in midweek, all while the manager wrestled with a Job-like run of misfortune – but he remains winless after nine games in the job.

There is a growing acceptance he needs to mint the progress with a victory against Luxembourg tonight, and Ireland’s qualification hopes are certainly resting on a win, given the losing start and the daunting double-header with Portugal on the horizon.

Amid this backdrop, Kenny was notably loathe to be drawn into a couple of pre-game questions asking him to label this a “must-win” game.

“It’s important that we win the game. We want to win the game. Must-win….What is that? Is it an adjective? What does must-win mean? We want to do well and we’re going to be very determined to try and win the game, that is our objective.”

That is the equivocation of a man who doesn’t want this result to become another instrument in an increasingly trenchant argument as to whether he is up to the job.

It’s approaching the point this whole fraught debate is becoming bigger than Kenny himself, who is becoming an avatar without agency for one side of an existential Irish football debate between those who reckon we should be more than what we are and those who believe we never can be.

Reading newspaper scepticism articulated with the phrase “Kenny’s philosophical hipsterism” this week, you realise the extent to which the narrative has overtaken the reality.

It is hardly hipsterism on Kenny’s to aspire to keep the ball and create more goalscoring chances: quite a few football teams are doing that nowadays. And the perception that Kenny is some kind of dogmatic philosopher is at odds with the reality of his nine-game reign so far, across which he has proven himself to be relatively pragmatic, tweaking systems and approach whenever he has had the room to do it.

Ireland were sliced open in midfield in his opening game away to Bulgaria, so a month later in Slovakia he changed his 4-3-3 to a 4-2-3-1. In Belgrade he changed to a back three for the first time, and as he explained in his pre-game press conference, there’s no guarantee he is going to stick with it tonight.

“The way you achieve success is generally through continuity, it is a contradiction to say that but you have to adapt depending on the players you have available and the opposition you face”, said Kenny, explaining he plumped for that system as it matched up against Serbia’s 3-4-3, allowed Seamus Coleman return to the team, had a left-footed centre-back in Ciaran Clark, sent Enda Stevens and Matt Doherty back to their wing-back comforts and gave Aaron Connolly a partner up front.

Many of those conditions are still in place bar Connolly’s absence – James Collins is the likely replacement – and, of course, the opponent’s system. Kenny expects Luxembourg to play a 4-3-3 so there may be arguments to change Ireland’s set-up again.

Might they outnumber Ireland in midfield? And might their attackers isolate Coleman and Clark on the edges of Ireland’s back three? That said, Ireland probably showed enough promise in Belgrade to ensure it’s worth sticking with.

Kenny also has a decision to make at goalkeeper. While he refused to disclose his team ahead of the Serbia game, he did give advance warning that Mark Travers would be starting in goal. When asked to give the same assurance yesterday, he declined.

Travers’ veered from hesitant to hopelessly lost when asked to come off his line in Belgrade, and his distribution was very poor. With this the kind of game in which Ireland will push higher and aim to move the ball much faster, is Travers the right pick? Or will Gavin Bazunu – playing more regularly at club level, albeit in League One – earn his senior debut?

The fourth seeds Ireland are most attuned to playing are, of course, our old pals Georgia, and Luxembourg are not a far cry from their challenge in the sense they pass the ball better and more comfortably than you might expect.

Luxembourg were the lowest-ranked of the fourth seeds in the draw, and have won all of five World Cup qualification games in their history. 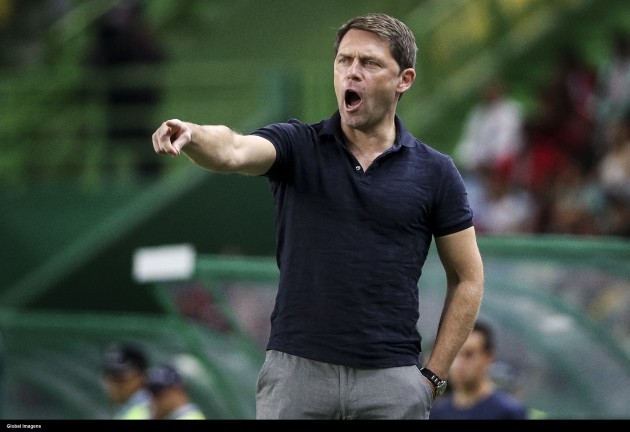 They are, however, improving: the 2017 0-0 draw against France was hailed by manager Luc Holtz as a “day of glory for Luxembourg” but more significant is their 2020 Nations League campaign, in which they beat Cyprus and Montenegro and missed out on promotion to League B – Ireland’s level – by two points.

In Gerson Rodrigues of Dynamo Kiev Luxembourg will have the only player in either matchday squad to have played in the Champions League group stages this season, though much of the squad are scattered across Europe, many in lower leagues.

Exceptions include captain Laurent Jans, who may be familiar to Josh Cullen as he plays at Standard Liege in the Belgian top flight, while Christopher Martins plays with Young Boys in Switzerland and Leandro Barreiro with Mainz in the Bundesliga.

Ireland have won all of their previous five meetings with Luxembourg – the most recent in qualifying for Euro ’88 – though may have lost an off-field battle last year when Ryan Johansson was found to be ineligible for Ireland and ultimately threw his lot in with Sweden: it’s alleged it was the Luxembourg FA who flagged his ineligibility for Ireland with Fifa. (You can understand why they may be sensitive to the loss of promising young players, having seen Miralem Pjanic come through the ranks and then represent Bosnia.)

“They are not the Luxembourg of old”, said Kenny of his opponents yesterday.

A first win tonight will go some way to proving Ireland are moving on, too.