Astronomers just discovered the very first known exposed gas giant core. According to Engadget’s latest report, Saturn, Jupiter, and other gas giants have cores at their centers. However, scientists and other space experts find it difficult actually to see the gas giant cores, unless nature cooperates.

The first known exposed core of a gas giant is called “TOI-849b,” and was discovered by the astronomers at the University of Warwick. According to scientists, the exposed core is a planet about 730 light-years away from Earth, which is four times the density of our planet or close to Neptune’s density. Science Daily reported that the exposed core is 34 times as big as Earth’s size. However, the astronomers suggested that it should have accumulated helium and hydrogen layers because of its Earth-like density.

However, it was later confirmed that TOI-849b didn’t accumulate layers of hydrogen and helium, but it clearly shows that something stripped the gas away from the planet, suggesting that it properly formed from the very beginning.

“That atmosphere is absolutely minuscule for a planet of its size,” said David Armstrong, one of the astronomers at the University of Warwick in Coventry, England.

“This one is almost entirely an exposed rocky ball,” he said.

According to Engadget, the exposed gas giant core was discovered by the astronomers by using the data acquired by the National Aeronautics and Space Administration’s (NASA) Transmitting Exoplanet Survey Satellite (TESS). The researchers refined the gathered data using telescopes from the La Silla Observatory and Chile-based Next-Generation Transit. 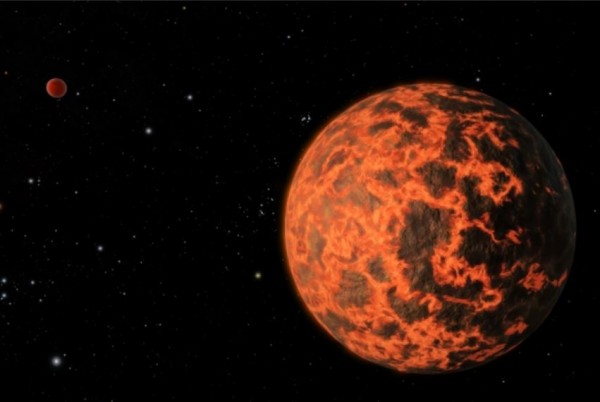 The slight changes in the light spectrum from the celestial body’s wobble were observed and studied by the astronomers, gauging the planet’s mass. According to Engadget’s previous report, NASA’s TESS also discovered the smallest exoplanet to date, 80% the size of Earth, and 10% smaller than the previous finding.

The report stated that two theories are explaining the exposed gas giant core. TOI-849b can complete an orbit in just 18 hours because it is so close to its star, leading to planetary collision or tidal disruptions, stripping away its layers of gas. Starlight may also cause evaporation on the planet, but the astronomers confirmed that it wouldn’t account for all the lost gas.

Also Read: People Are Willing to Pay Over $300,000 For This NASA Perfume