After confronting a Dundee United fan who pushed him as he fell into the stands, Aberdeen’s Funso Ojo was SENT OFF.

ABERDEEN midfielder Funso Ojo was sent off yesterday after a scuffle with a Dundee United supporter.

Ojo, 30, was pushed over the hoardings and into the stands at Tannandice Park by a Dundee supporter.

Ojo was nearly knocked out and reacted angrily to the push by confronting the fan before being dragged away by his teammates.

As Ojo returned to the pitch, Dundee fans continued to hurl abuse at him, with one fan appearing to throw something at him from the stands.

Charlie Mulgrew of Dundee put his arm around Ojo in an apparent attempt to calm him down.

Calum Butcher was sent off for Dundee in the first half, but the home side went on to win 1-0 thanks to a late goal from Ian Harkes.

Dundee made no comment on the incident other than to confirm that an investigation has been launched.

Stephen Glass, Aberdeen’s manager, defended his player and called for more fan protection in the future.

“It shouldn’t happen,” he expressed his displeasure.

He didn’t go looking for the incident in the first place and instead hopped the boards after the ball was no longer in play.

“He is pushed, but he returns his attention to the incident.”

I couldn’t see the depth of it at the time, but it now appears that he has returned to the crowd.

After a scuffle with a Dundee United supporter, Aberdeen midfielder Funso Ojo was sent off. pic.twitter.comrc1QCxwkhb

“Rather than issuing a second yellow, the referee could provide some protection to the player.”

He will not give the referee an opportunity if he does not return to it.

“Any guy who is pushed in the chest to take two steps back towards it – I don’t know! But he gave them the option of producing a second yellow, which they can do.”

“To be fair, the referee chose to yellow card him, and I can’t say much else.”

The fact that he received a red card came as no surprise to me.

“To be honest, I didn’t really see it, but there were just so many things going on on the pitch at the time that it required me to be focused and clear.”

“I was just thinking about halftime.”

There’s no denying it.

“Today, we were only here for three points.”

Take a look at…

Funso Ojo was sent off after an altercation with a Dundee United supporter who shoved the Aberdeen midfielder. pic.twitter.com/rc1QCxwkhb 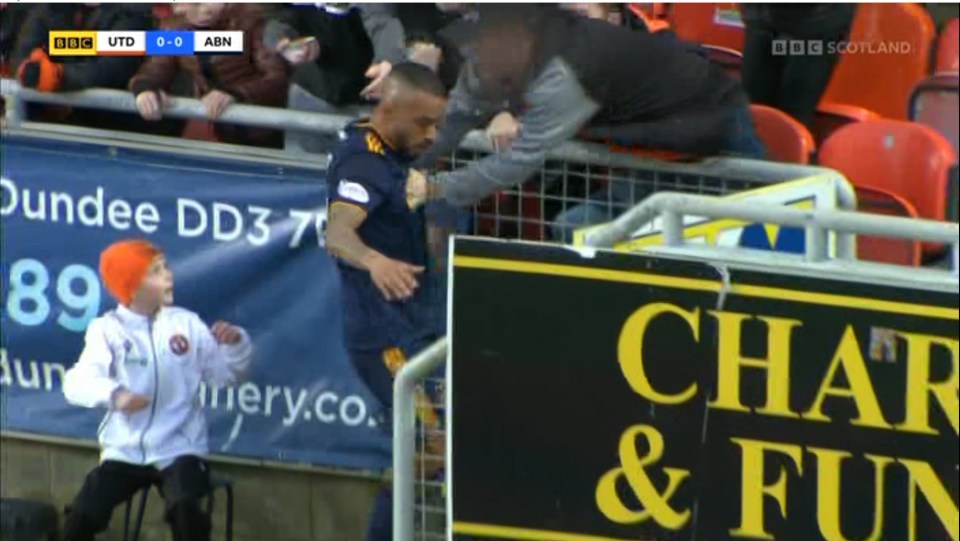 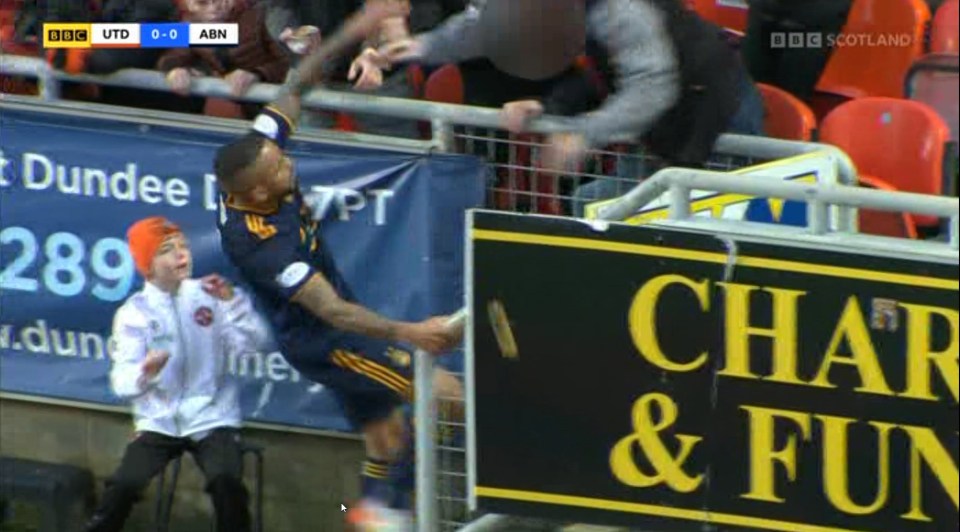 Funso Ojo was sent off after an altercation with a Dundee United supporter who shoved the Aberdeen midfielder. pic.twitter.com/rc1QCxwkhb