After a flawless passing performance, a young Man City fan turns down Messi, Neymar, and Mbappe to demand Silva’s shirt.

PSG faced Manchester City in the Champions League last night, and Lionel Messi, Neymar, and Kylian Mbappe were all in attendance.

One football-crazed kid, on the other hand, was desperate to meet Bernardo Silva.

On the field, Messi, Neymar, and Mbappé…

This kid, on the other hand, went straight to Bernardo Silva to get his shirt.

Following City’s 2-1 victory, a youngster dashed onto the pitch to meet his hero.

He was unconcerned about PSG’s illustrious lineup.

As a young City fan approached him in the middle of the park, the Portuguese ruffled the youngster’s hair.

He was then gently tugged on his shirt, which he dutifully removed and handed over to the child.

Silva, 27, had put in an outstanding performance, completing all 47 passes he attempted.

City’s win last night gave them a one-game lead in Group A.

In the 50th minute, Kylian Mbappe drilled a shot between Ederson’s legs, giving PSG the lead.

PSG had a golden opportunity to reclaim the lead, but Neymar missed it.

Gabriel Jesus made him pay moments later, netting the winner for Pep Guardiola’s side.

City will now travel to RB Leipzig on Matchday 6 with nothing to play for, while the Germans will be aiming to finish third and qualify for the Europa League knockouts by edging out Club Brugge.

Messi, Neymar, and Mbappé on the pitch…

But this kid went straight to Bernardo Silva for his shirt ❤️ 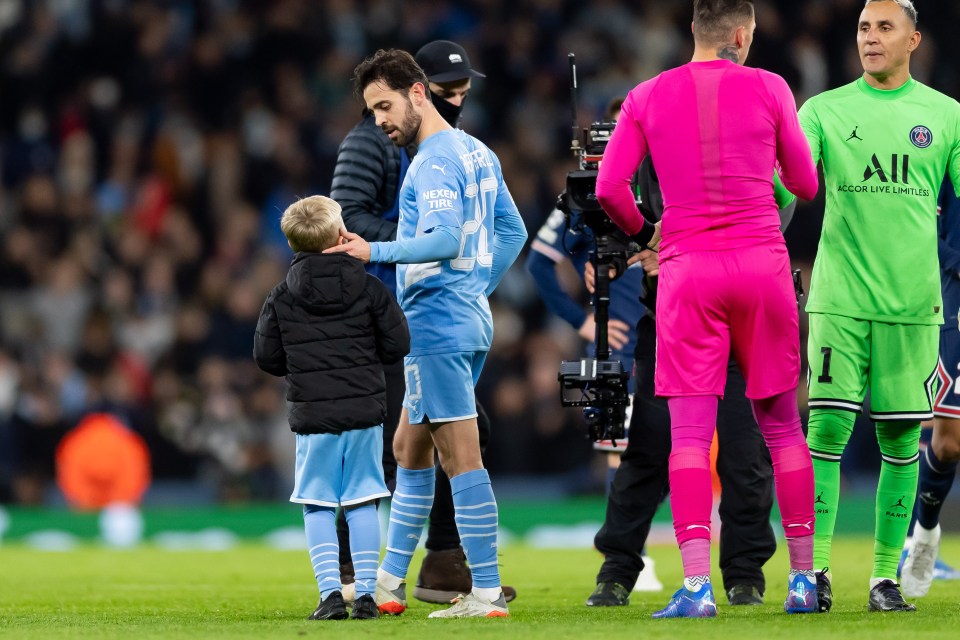 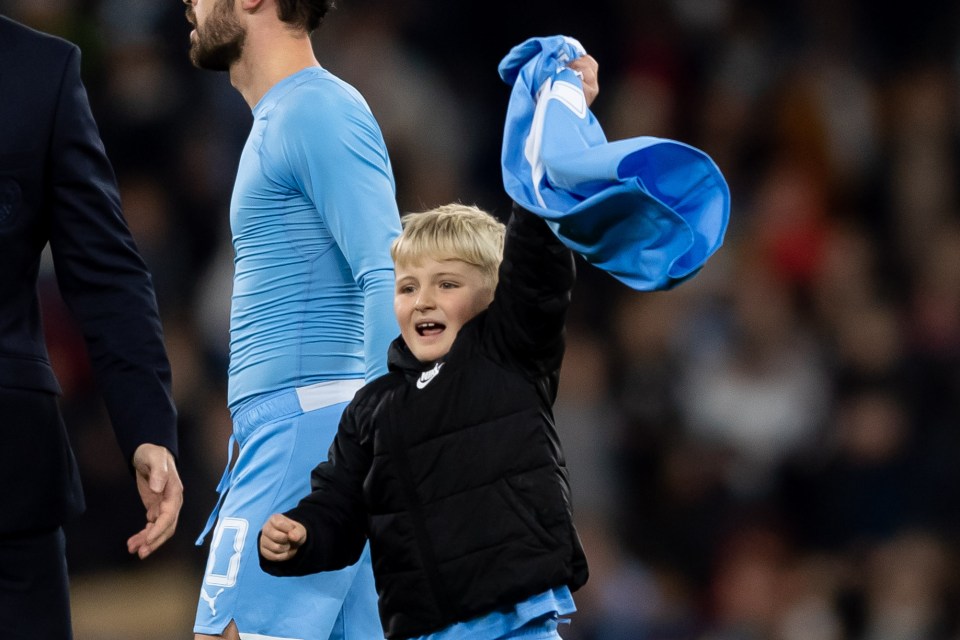 Messi, Neymar, and Mbappé on the pitch…

But this kid went straight to Bernardo Silva for his shirt ❤️