After a vile outburst at Jake Paul ahead of his fight with Tommy, John Fury leaves Tyson with his head in his hands.

During a pre-fight press conference on Wednesday, JOHN FURY stunned his sons Tommy and Tyson with a vile X-rated rant directed at Jake Paul.

The Fury family attended the press conference at the BT Sport studio, while Jake joined via Zoom from the United States.

Despite the fact that the two camps were separated by an ocean, Tommy’s father, John, had a terrible exchange with the YouTube star.

“Shut up schoolboy and speak when you’re spoken to,” John told Paul after he interrupted the conversation.

“Shut up, puppy, you’re with the big dogs now, and you’re getting bit.”

At one point, John got up from his seat and appeared to be about to punch the screen on which Jake was being broadcast.

Tommy’s father lost his cool when Paul called him a “single old man.”

“You can thank your lucky stars I’m banned from your country because I’d get you and slap you you bum,” John continued.

Tyson, the heavyweight champion, covered his face with his hand as he reacted angrily to the remark.

John made the shocking remarks after referring to Paul’s girlfriend Julia Rose as a “dog.”

“You know Tommy knocks you out, don’t you? He’s going to bend over and do your girlfriend like a dog,” he said.

“I’m going to tell you the truth about what you’re getting.”

On December 18, Jake and Tommy will square off in the ring in Florida, putting their unbeaten records on the line.

In August, he went 4-0 with an eight-round victory over ex-UFC champion Tyron Woodley, 39.

Tommy improved to 7-0 on the undercard by defeating Paul’s sparring partner Anthony Taylor, 32, and setting up the mega-fight.

Tommy has been training with his WBC heavyweight champion brother Tyson in preparation for the upcoming grudge match. 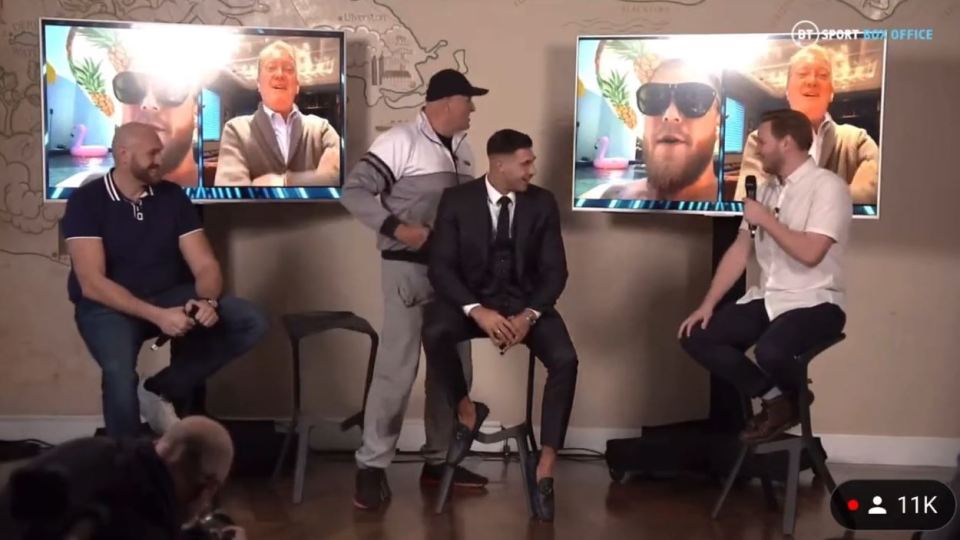 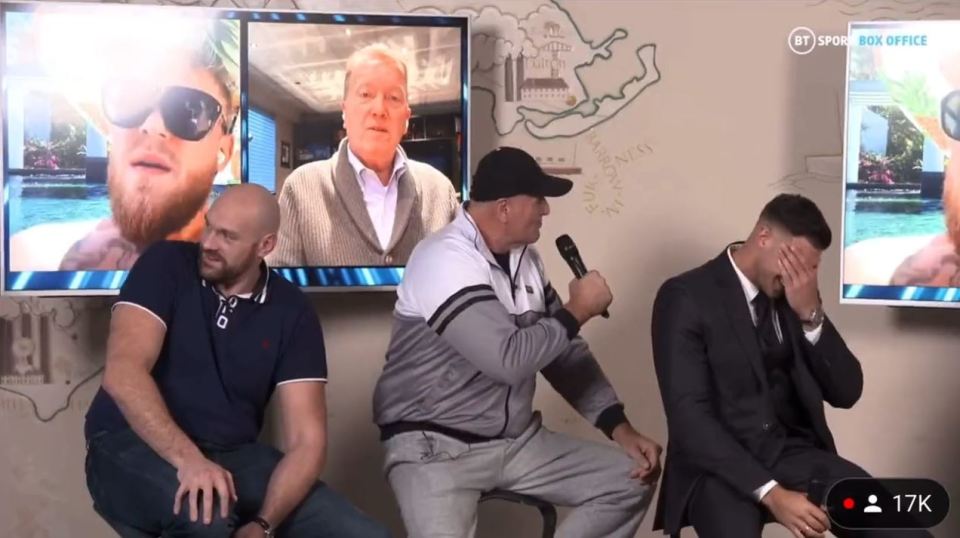 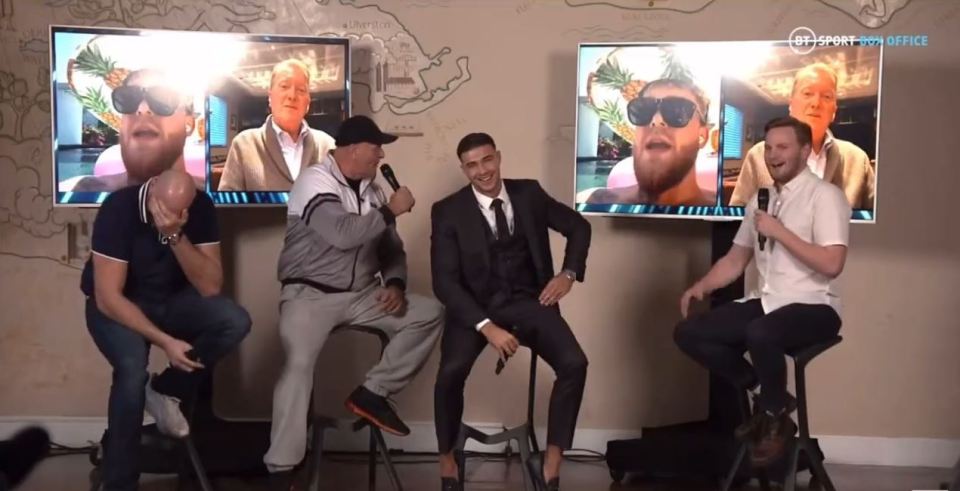