Following the news of his UFC lightweight title defense against interim champion Justin Gaethje, Khabib Nurmagomedov laid out his grand plan to reach the 30-0 mark in a short comment on the UFC’s Instagram account. 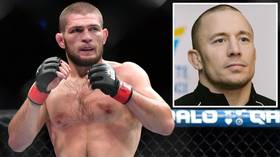 UFC president Dana White recently told ESPN that he would let Khabib choose his final opponent, with the Russian seemingly targeting a perfect professional record of 30-0 before hanging up his gloves.

“It’s the last fight of his career. The guy’s been great,” White explained.

“He’s been great to the company, great to the sport. I like Khabib a lot. I would do anything Khabib wanted to do.”

In a later interview with CNN, White revealed Khabib would face Gaethje in a title unification battle on October 24, and the UFC’s Instagram account posted a graphic making that matchup official.

But then Khabib added more intrigue to his personal situation by posting a comment to the UFC post, adding simply, “October – Justin and April – GSP.” 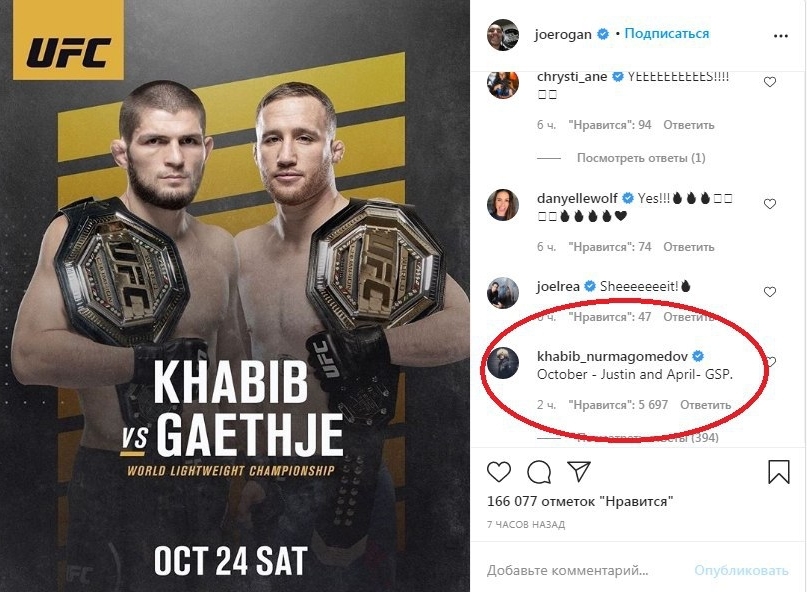 Both Khabib and St-Pierre are thought to be keen on the matchup, but UFC officials have previously been cool on the idea, with some suggesting that the possibility of St-Pierre defeating Khabib would cause more damage than the huge attention the fight itself would bring.

But if that fight was to be the final matchup of the Russian’s career, the damage to the UFC lightweight division would be minimized. Indeed, the fight could even be agreed at a catchweight, with Nurmagomedov relinquishing his lightweight title prior to retirement as an undefeated champion.

It remains to be seen whether the fight will become a reality, and Khabib faces a formidable test of his championship status in the form of Gaethje on October 24. But, if Khabib defeats “The Highlight” and extends his career to 29-0, the prospect of Nurmagmedov taking on St-Pierre in what could be his final fight would offer a mouthwatering matchup to end his remarkable career.