Russian MMA fighter Magomed Ismailov overcame a near-50-pound weight difference to dismantle Alexander Emelianenko in their heavyweight contest in Sochi, in a victory dubbed by the Russian press as ‘David defeating Goliath’. 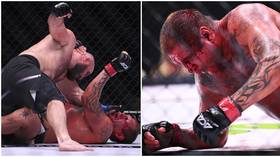 Stepping up from middleweight and giving away 49 pounds (22kg) to his rival, Ismailov nonetheless brutalized Emelianenko throughout their showdown at Absolute Championship Akhmat (AKA) 107 in the Russian Black Sea resort on Friday night.

Ismailov, 33, overpowered and outworked 38-year-old Emelianenko across three rounds, leaving the veteran known as ‘The Grim Reaper’ a bloodied mess before the referee finally stopped the action at 3 minutes and 25 seconds of the third round as Ismailov launched a ground-and-pound barrage on his rival.

💪🏻 Magomed Ismailov stops Alexander Emelianenko in the third round! pic.twitter.com/mpm3CkMdia

A battered Emelianenko reportedly suffered a broken nose in the bruising encountering and was later transferred to hospital, although he is set to return to his base in Grozny on Saturday.

Ismailov, who improved to 16-2-1 with the victory, said the referee should have stepped in as early as the first round to stop the beating he was dishing out to his opponent.

“I don’t like that the referee didn’t stop the fight in the first round. It seemed to me it was already time to stop it,” the fighter said.

Ismailov continued an impressive 11-fight unbeaten streak stretching back to 2014, but signaled he was close to the end of his career after his victory against Emelianenko.

“Even if I feel physically well, I’m close to ending my career. I’m already 34,” he said.

as I expected Alex is lying on his back and getting a beating pic.twitter.com/6ZAPtKZsYt

Emelianenko offered a more succinct assessment, saying that “everything passes and this will pass” as he suffered an eighth defeat in his 37th professional MMA contest.

The veteran is the younger brother of heavyweight MMA legend Fedor Emelianenko, but is a controversial figure in his homeland, having served various stints in jail, including for sexual assault.

He last appeared in a boxing match in November against Russian powerlifter Mikhail Koklyaev, in a bout widely dubbed a farce and which ended in a one-sided victory for Emelianenko.

On this occasion however it was Emelianenko who found himself on the wrong side of a heavy defeat, as sections of the Russian press labelled Ismailov’s victory as “David knocks out Goliath.”

Incredibly, and despite the heavily lopsided nature of the showdown, Ismailov said Emelianenko had already signaled he wanted a rematch and that he was willing to grant him his wish. 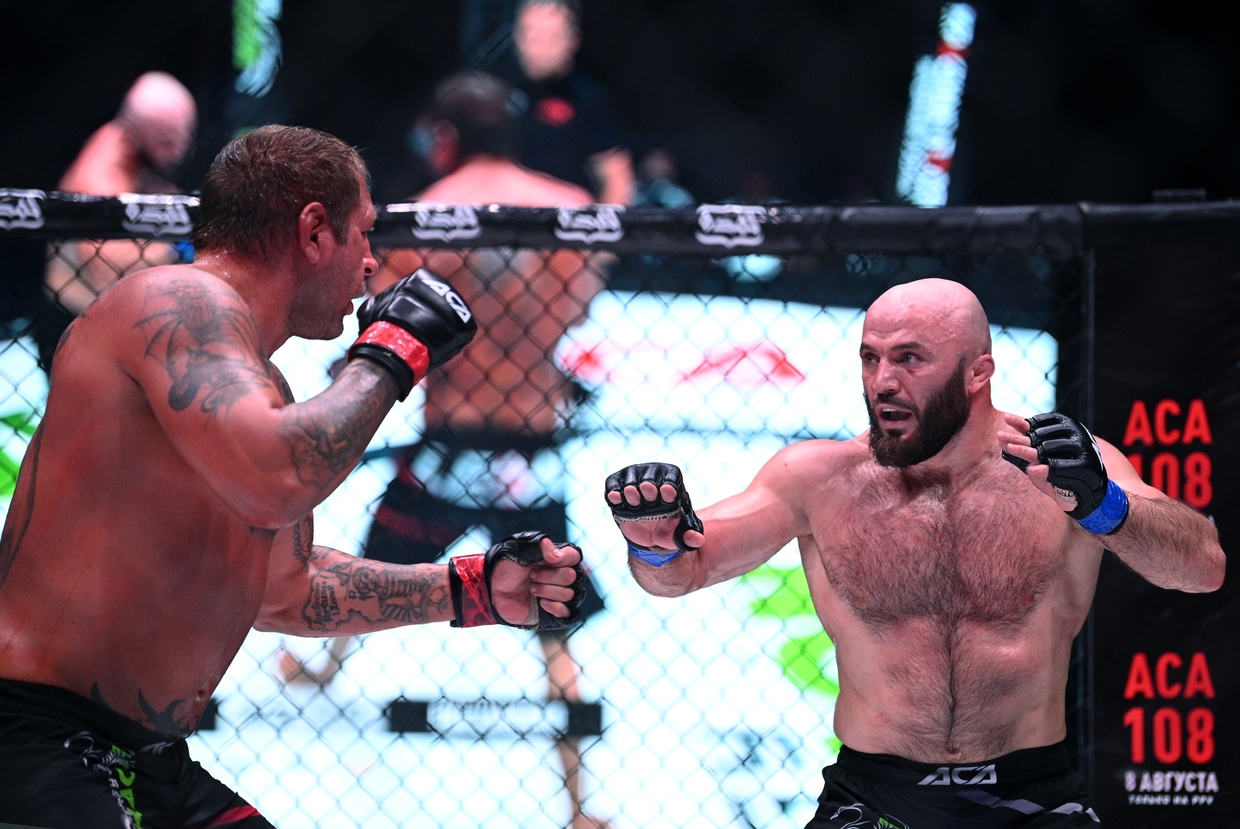