Denis Zakaria is wanted by Manchester United on a free transfer, but Juventus and Barcelona are also interested in the Monchengladbach player.

MANCHESTER UNITED are reportedly interested in signing Denis Zakaria of Switzerland to bolster their midfield.

The 25-year-old’s contract with Borussia Monchengladbach expires at the end of the season, and he could be heading for the Premier League.

When it comes to signing Zakaria, however, the Red Devils are likely to face stiff competition.

According to journalist Nicolo Schira, Barcelona, Juventus, and Roma are all interested in signing the midfielder.

Zakaria has turned down Gladbach’s offers of a new contract and appears to be on his way out.

And Manchester United’s current midfield duo of Fred and Scott McTominay has come in for a lot of flak this season.

As a result, bringing in Zakaria would provide new interim manager Ralf Rangnick with another option in the middle of the park.

From January 1 onwards, the 40-cap Swiss international is free to begin pre-contract negotiations with clubs outside of Germany.

Gladbach may be tempted to sell in January for a bargain price to avoid losing their prized asset at the end of the season.

Max Eberl, the club’s sporting director, has confirmed that the midfielder will be allowed to leave in the New Year.

“If he [Zakaria] or any other player tells us that they want to leave, we will sort it out,” he told Bild.

Fighting someone who wants to go would be insane.”

Zakaria had been linked with a move to Arsenal in the past, but now Premier League rivals United have joined the race.

Barcelona, on the other hand, is looking for low-cost players to avoid further financial ruin.

Zakaria could follow in the footsteps of Dani Alves, who was also signed on a free transfer.

In ten league appearances so far this season, the Bundesliga midfielder has scored two goals and provided one assist.

He moved to Gladbach for £11 million from Young Boys in 2017 and has made 139 appearances for the club.

However, with contract talks at a halt, he now appears destined to move on. 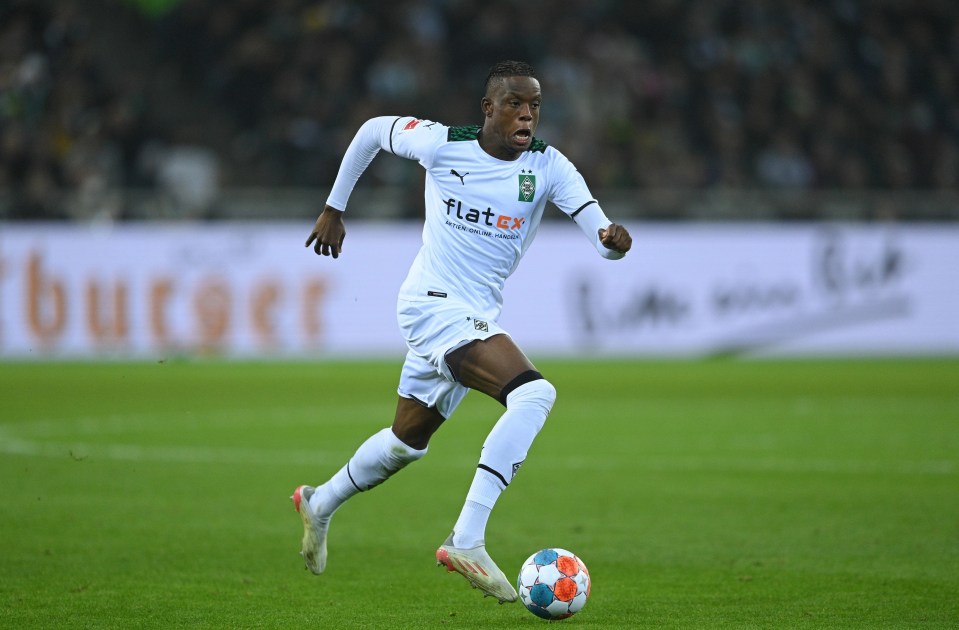