IT is an Investec Derby and Oaks special on Saturday at Epsom Racecourse.

Don’t miss a minute of the top-class action with Sun Racing‘s live blog.

“How does it feel to win the @Investec Derby?”

Well, well. What a day at Epsom.

We witnessed a stunning Oaks success from Love earlier in the afternoon.

And from the sublime to the ridiculous as Serpentine was gifted the freedom of the Downs to win the Derby.

Hope you backed a winner or two folks – and there is some sensational racing to look forward to at Sandown tomorrow.

Well there were some rough results for punters today, but the 7-2 favourite Muntadab has obliged in the lucky last. 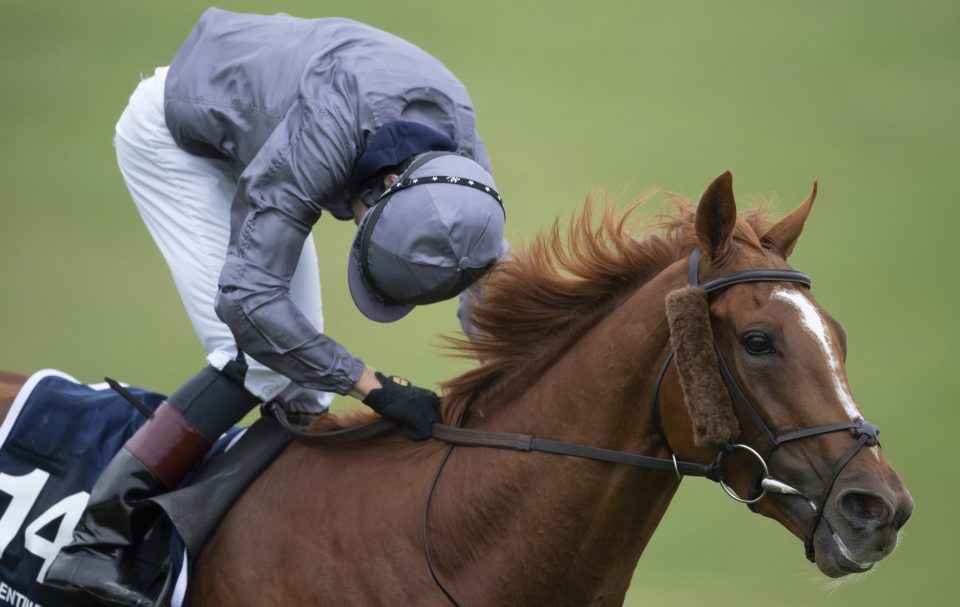 MADE ALL, NEVER HEADED

A staggering performance from Serpentine, but most of those in behind were never put in the race.

👀 Anyone on the winner of the Derby?

What a bizarre running of the Derby that was.

“I got a bit of a freebie,” Emmet McNamara says on his way back in. You can say that again pal!

Some red faces among his weighing room colleagues there.

Serpentine has been let loose on the lead and he has made them pay at 25-1!

He makes all the running under Emmet McNamara, a sensational ride. He was 12 lengths clear rounding the bend and just kept galloping.

GOING BEHIND FOR THE DERBY

Can Kameko do it over the mile and a half? The punters seem to think so – he’s a strong 3-1 shot.

Trainer Ed Walker has admitted to feeling the pressure in the last few days as he prepares to saddle the exciting English King in the Derby. Here is what he had to say…

“The nerves have been kicking in for quite a long time, to be honest.

“Frankie has seen and done it all before. A few weeks ago I was expecting a smaller field, so it may be more tactical than normal, but then it’s always tactical in the Derby. We’ve got the right man on board to navigate the waters.”

What a cracking filly Love is – and she’s not a bad looker either! 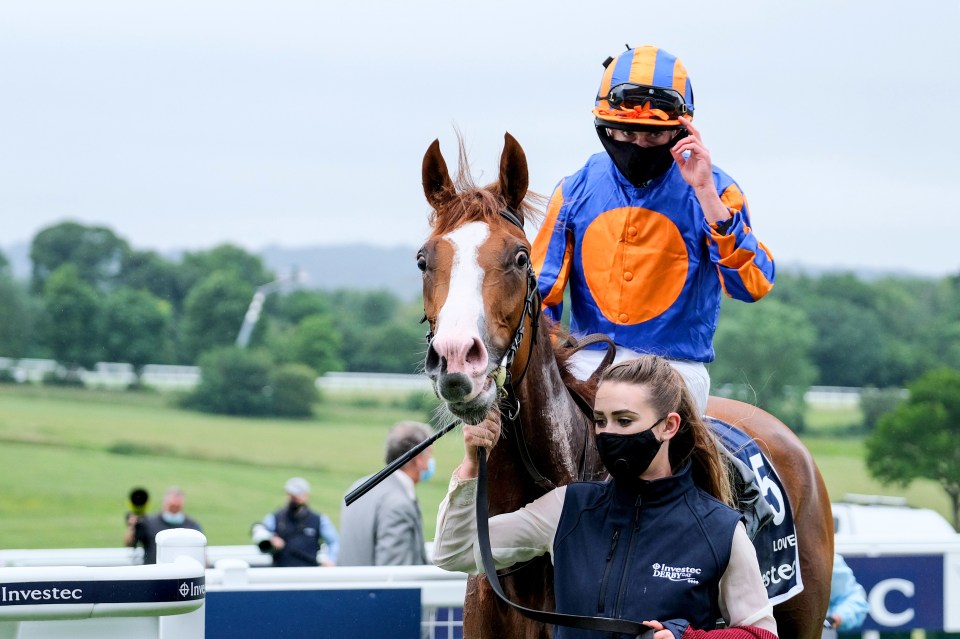 It’s the one we’ve all been waiting for – the Derby is due off in just under 30 minutes time. Here’s how Paddy Power bet…

From Love to Summer Romance. Godolphin’s filly went from pillar to post to win the Group 3 Princess Elizabeth Stakes at 9-1.

Hot favourite Fooraat was too keen and faded out of contention.

Some more high-class fillies are set to strut their stuff in the Princess Elizabeth Stakes up next.

All the money has come for Fooraat, who bolted up at Chelmsford last time out.

But we’ve just seen the 1000 Guineas winner win the Oaks in a procession, and we’ve got the Guineas runner-up Cloak Of Spirits in here at 3-1…

She would be my pick.

LOVE IS ALL YOU NEED…

Love is all you need…

A stunning victory for Aidan O’Brien’s Love. She was hugely impressive in the 1000 Guineas and has bettered that win with a runaway success under Ryan Moore.

She took it up about 2f from home and it was over in the blink of an eye. Ennistymon stuck on well to get second, reversing the Ascot form with Frankly Darling. But the winner was in a league of her own.

LOVE HAS THUMPED THEM IN THE OAKS!

THEY’RE OFF IN THE OAKS!

The market for the Oaks is pretty static at present.

Ennistymon is third in at 6-1, but there aren’t really any movers among the outsiders.

The runners are approaching the starting gate, not long to wait now!!

Frankie Dettori is chasing a sixth win in the Oaks, and here is what he had to say about his chances this year…

“On paper it looks a match between us and Love who won the 1,000 Guineas by four lengths.

“She has every right to be favourite after that performance but today will be the first time she will have run beyond a mile whereas Frankly Darling is tried and tested over today’s mile and a half.

“My filly’s win in the Ribblesdale was impressive. It was always the plan to run her at Ascot to get another race under her belt before Epsom. She passed that test with flying colours and will have learnt a lot from it too.”

The moment of truth – Frankly Darling limbers up for the @Investec Oaks @EpsomRacecourse #InvestecDerbyDay pic.twitter.com/dJuMfkfzz6

Here we go then. Time for the talking to stop and the first of our Classics from Epsom.

Love and Frankly Darling are vying for favouritism, and given how well Frankie Dettori is riding at the minute, you’d say he is going to be full of confidence here.

I like the chances of Ennistymon – she was given too much to do behind Frankly Darling at Royal Ascot. Here’s who our tipsters fancy…

Sky Defender given a peach from stall 16 by Joe Fanning and he holds on to win at 22-1!

Breath Caught stayed on well for second, while Caradoc looked unlucky having been held up in last, finishing strongly from off the pace.