During a game between the LA Lakers and the Miami Heat, NBA legend LeBron James has two bemused fans ejected for making ‘obscene gestures.’

During the Lakers’ 126-116 overtime victory over the Pacers in Indiana, two fans were ejected for hurling abuse at him.

James, 36, was enraged by the abuse he was receiving from two Pacers fans, who were ejected from the arena once officials were informed.

The two fans who had been heckling him from their courtside seats were pulled over by King James, who made no fuss as they were removed.

As they were being escorted from their seats, one of them poked out his bottom lip and pretended to cry while looking at the camera, while the other just laughed.

The two were escorted out of the arena by officials as Pacers fans booed LeBron, but he claims the two hecklers went too far.

“When obscene gestures and language come into it, (it) can’t be tolerated,” James told reporters after the win.

The four-time NBA MVP did not say what the fans said to him, but he was visibly enraged as he pointed to them and exclaimed, “This one right f***ing here!”

It’s not the first time James has ejected fans from a game; following a courtside brawl in Atlanta, he had four rowdy Hawks fans removed.

And the abuse does not appear to have hampered James’ performance, as he went on to score 39 points against the Pacers in overtime.

He put on a classic performance, finishing with five rebounds, six assists, and five three-pointers to help the Lakers win.

After being abused by Hawks fans earlier this year, LeBron stepped it up a notch, scoring 21 points, grabbing 7 rebounds, and dishing out 9 assists.

And King James capped off the win with a clutch three-pointer in overtime, sending Lakers fans into a frenzy.

The Silencer has reappeared pic.twitter.comqfJogU4rhx

The Silencer is Back pic.twitter.com/qfJogU4rhx 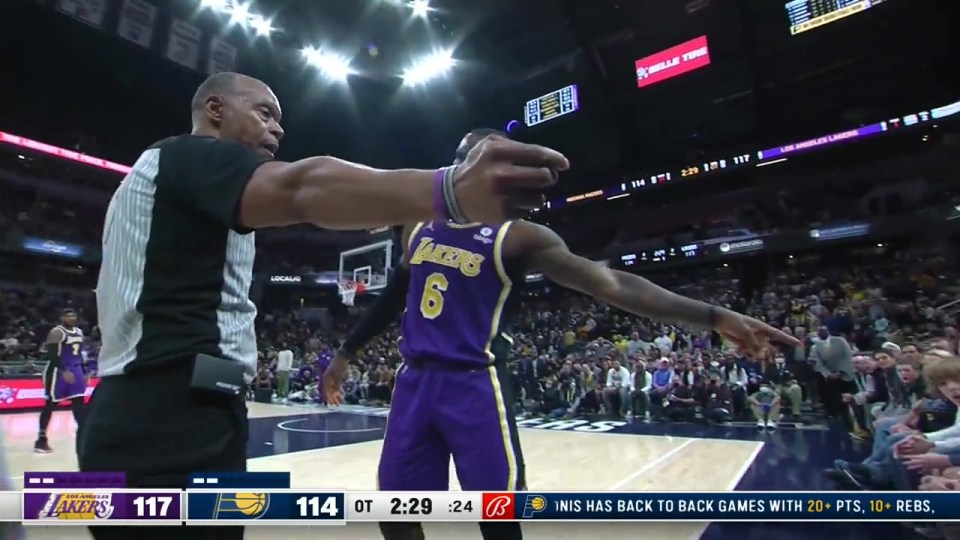 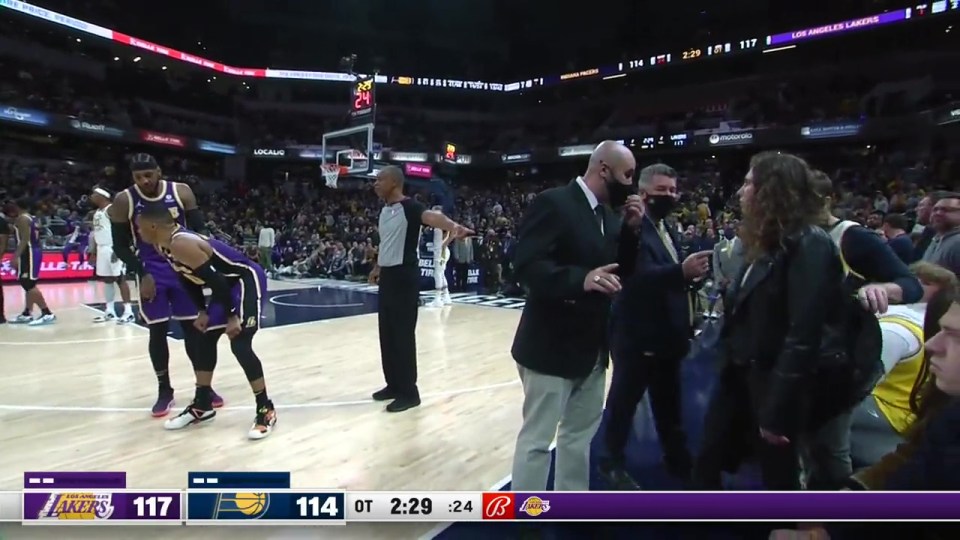 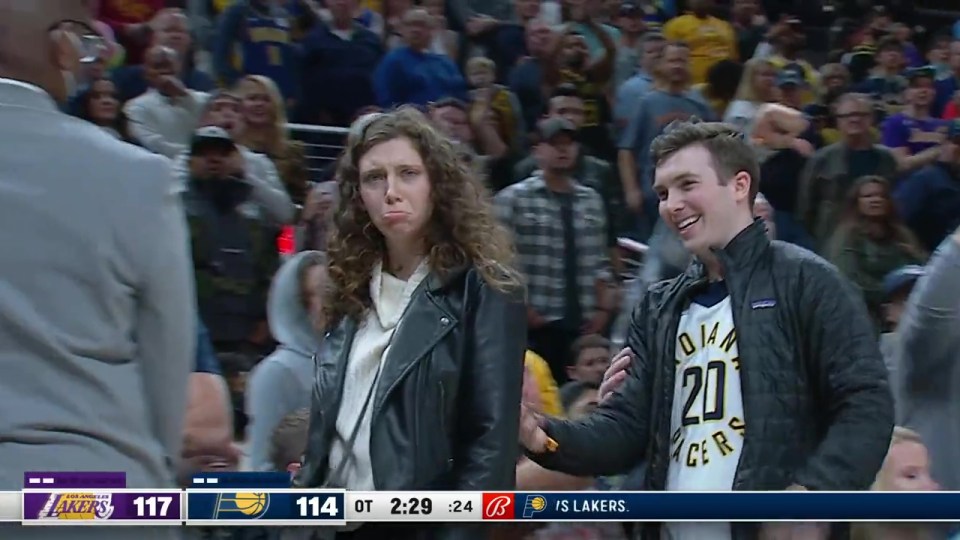